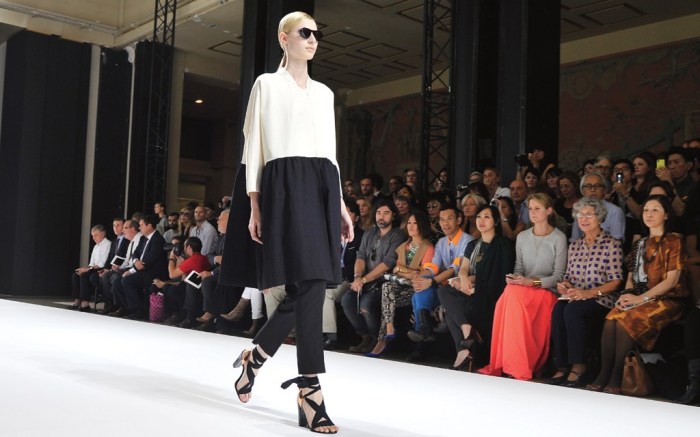 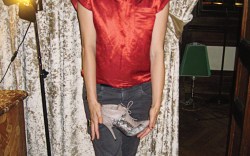 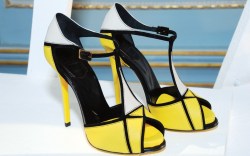 While retailers — especially independents — were closely monitoring their budgets amid global economic turmoil, most were confident the momentum in the luxury footwear market will continue.

“Based on the product we’ve seen, [spring] will be another great shoe season,” said Scott Tepper, head of buying for external brands at London-based Kurt Geiger.

His top pick: “Roger Vivier is a real standout. The collection has never looked stronger, with [Bruno Frisoni’s] brilliant use of color and color-blocking, as well as snake mélange and animal print.”

Christian Louboutin was another hit for the buyer. “He has gone all out for his 20th anniversary,” Tepper said, citing the use of snakes, glitter and color.

Kurt Geiger also plans to add some labels to its spring mix, including Carven — which collaborated with Robert Clergerie on brogue espadrilles this season — and will increase its orders for emerging names such as Tabitha Simmons.

Simmons and other rising stars, including fellow British designer Charlotte Olympia Dellal, made a big impression again this season.

“I loved [Charlotte’s] collection. There was a lot of newness,” said Jeffrey Kalinsky, founder of the Jeffrey boutiques and EVP of designer merchandising for Nordstrom, who also named Dries Van Noten and Céline as winners this season.

Nicholas Mellamphy, creative director of The Room at Hudson’s Bay Co. in Toronto, is also banking on Dellal for spring.

“Our customers have reacted strongly to her collection, and we have steadily increased our dollars there. It’s been amazing to watch her growth and see her gain the confidence to [expand] her line into a strong, viable contender,” Mellamphy said.

Nicholas Kirkwood also has been working to diversify his collection, and the spring line he unveiled included a larger range of heel heights and more-feminine silhouettes.

Mellamphy noted the broader mix will help the designer continue to build his consumer base. He also saluted Kirkwood’s co-branded collection with Erdem, whose mid-heel, pointy-toe pumps in floral prints “are the perfect spring shoes.”

On the runway, there were a number of must-have trends, according to Ken Downing, SVP and fashion director at Neiman Marcus.

“We loved the white shoe [at every show],” Downing said. “White paired with black in a graphic way has made a major statement.”

Metallics — silver in particular — also continued to shine, Downing said. “And the wedge won’t stop. Sculptural wedges are exciting and perfect for the ready-to-wear looks of the season.”

At Premiere Classe, 14 emerging designers exhibited for the first time, and buyers attending were excited about the new talent.

Jeannine Braden, owner of Post 26 in Santa Monica, Calif., planned to add at least three labels she found at the show, including Laurence Dacade, Jerome C. Rousseau and The Office of Angela Scott.

Braden said her first priority was finding styles that would “stand out” in her apparel, footwear and jewerly boutique. “I don’t want anything too trendy,” she said, adding that price wasn’t a big concern.

“What I’m finding is the higher-priced styles actually have the best sell-throughs,” Braden said. “If it’s the right item, it will sell.”

Many of the first-time exhibitors at Premiere Classe said they were pleased with the buyer response.

“The show provided immense exposure for our brand,” said Gio Metodiev, the designer behind Gio Diev. He added that the biggest response came from buyers in markets such as mainland China, Hong Kong, the Middle East and Russia.

“In general, the mood of the show was great and people seemed to be a lot more optimistic than last season,” Metodiev said.

London-based designer Liam Fahy said that while some retailers were concerned about his price points, the general mood was upbeat.

“Our shoes are some of the most expensive on the market, and many of the large buyers don’t know us yet,” Fahy said. “But overall it was great. We had all the right buyers [from diverse geographic markets] approach us.”

While the new crop of designers injected excitement into the show, some retailers were sticking with proven sellers.

“[Our store] is about finding new designers, but after walking the shows in Milan and Paris, I have not added any to my mix this season,” said Bridget Assil, co-owner of Los Angeles-based Madison. Instead, she is focusing on established ready-to-wear players, such as Dries Van Noten, Lanvin and Yves Saint Laurent, which were among her favorite collections this season.

“Accessories will stay strong for spring ’12 because it’s a way of changing ones look without changing one’s wardrobe,” said Assil.

Still, the retailer said, “I’m not seeing the need to up my buy. As far as the economy goes, I am hopeful, but buying cautiously.”

Karen Daskas, co-owner of Tender in Birmingham, Mich., said she was planning to reduce her orders in response to the economic uncertainty.

“I’m sticking with my belief that more is not always better,” Daskas said. “I clearly remember the last few years and do not want to relive that nightmare again.”