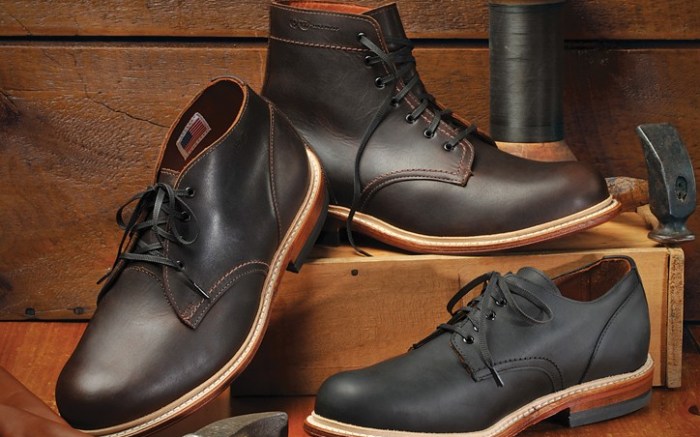 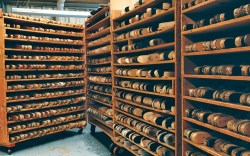 Comfort-wellness brand P.W. Minor may be nearing its 150th anniversary, but it’s still in growth mode.

Known for therapeutic footwear sold through comfort stores and medical channels, the Batavia, N.Y.-based company has begun to move in more different directions. This fall marks the debut of vintage-inspired looks for men produced in the company’s U.S. factory, all featuring removable footbeds. And even more launches are slated for next year.

“We believe there’s no line between function and fashion,” said Andy Simonds, EVP. “There’s no reason why solid engineering and superior construction can’t look good.” And although Simonds said retailers remain cautious, the new initiative is contributing to single-digit sales growth this year.

The family-owned business began dabbling in more saleable looks about two years ago, said Simonds, who oversees product development. “The Euro-comfort world is where we want to be,” he said, citing competing brands such as Finn Comfort, Earth and Ecco. However, he emphasized, “we don’t want to lose our identity by making ‘me-too’ product. We need to be true to ourselves in construction and engineering.”

Retailers said the new styles appeal to customers with pedorthic needs, as well as those simply seeking comfortable shoes. “[The looks are especially] attractive to that orthotics customer who doesn’t want to look orthopedic,” said Dave Cardillo, owner of the Foot Performance Center in Rochester, N.Y.

Mary Murdock, owner of J.T. Murdock Shoes in Bloomfield, N.J., whose store has been carrying P.W. Minor since the 1940s, agreed, adding that she has done well with the brand’s sandals. Still, she shied away from the pricier Vintage Collection, retailing at $300 to $400. “People [in this area] don’t have a tremendous amount of money,” she said. And while P.W. Minor’s extra-depth therapeutic looks are also expensive, her customers are willing to pay the higher price points of $100 to $250.

Despite branching out, Simonds said the company still does half its business in medical footwear. Among P.W. Minor’s medical distributors, veterans facilities are drawn to the brand’s domestically made footwear, which accounts for 20 percent of the product mix, said Simonds.

However, he noted, “While everyone wants to feel good about U. S.-made products, it still has to work financially. The only drawback is that products made here are more expensive.”

Still, P.W. Minor is so gung-ho on manufacturing domestically, the brand plans to broaden its offering there next year. Coming for spring ’12 is the Heritage Collection of classic looks for men, priced about $10 less than shoes in the Vintage Collection and featuring a comfort technology built into the midsole and outsole.

A country gentleman-inspired line of outdoor waterproof looks also is planned for fall ’12, retailing for $300 to $450. The company will target new distribution channels such as better men’s stores, said Simonds.

“We are not simply a design, import and distribution company,” said Simonds, noting that the Batavia factory and its 60 craftsmen are a big asset. “Speed-to-market is so easy when the factory is attached to the office. We can shortcut the process and get things done in a hurry. At the same time, we have the luxury of taking our time to develop products here and can [rework] until something is perfect.”