Outdoor Guide: How to Cross the Seasonal Divide 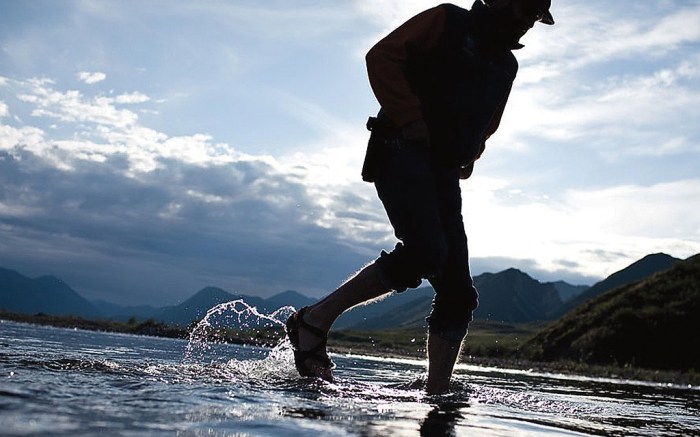 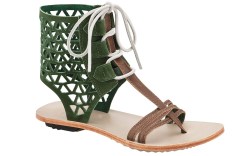 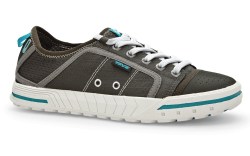 A season can go by in the blink of an eye — just look at the outdoor market.

With entire product lines engineered to the needs of a specific set of weather conditions, brands in the outdoor space face a special challenge: doing all their business in a 90-day sales period. So to keep revenues flowing all year, many companies have expanded into other seasons.

That’s what winter bootmaker Sorel, a division of Portland, Ore.-based Columbia Sportswear, did, and earlier this year, it delivered its first round of spring product with weatherized boots and sneakers. For spring ’12, the brand will debut women’s sandals. “We know that conversation [with the customer] really got strong for us in the wheelhouse of winter. But we want to extend that conversation to a year-round basis,” said Mark Nenow, VP of global footwear merchandising at Columbia and Sorel.

Almost all the big outdoor brands have now made the transition into other seasons. Keen, which launched in 2003 with the Newport sandal, today does 40 percent of its business in the fall/winter months, with a product line that includes hikers, casual leather shoes and insulated boots, said Russ Hopcus, head of global sales and development. The expansion has added up to more than $200 million in sales in 2010, according to the company. “We thought, ‘What do our customers do in the winter, and why can’t we be a part of their lives then?’” Hopcus said.

Here, top brands in the outdoor world share what they’ve learned about what to do — and not do — to make the year-round cycle work.

Signature Look
Sandal-maker Chaco spent a lot of time talking to customers when, in 2010, it took another crack at developing a year-round business with closed-toe product. (Before being acquired by Rockford, Mich.-based Wolverine in 2009, the brand had dabbled in Italian-made leather boots in 2004 and a previous multisport offering in 2008.) Customers told execs they wanted the fit and feel of the Chaco midsole, said product development director Brandan Hill.

“We learned that the underfoot experience is what gives us permission to go into different categories,” he said. That information was key to developing an expanded product line that, for fall ’11, includes insulated winter boots and casual mid-cut choices, while spring ’12 features multisport shoes, Hill said. Most styles are built on the same highly sculpted midsole loved by Z-Strap loyalists.

Authentic Roots
Chaco took baby steps when planning the latest launch, Hill said. It started in fall ’10 with shoe-like leather versions of its Z-Strap that, while not a runaway commercial success, told consumers and retailers that Chaco was keeping to its history.

“They’ve kept those Chaco things in mind, like the orthotic support, and they’re not trying to expand the line too quickly,” said Chad Wykle, a buyer for the Chattanooga, Tenn.-based Rock/Creek chain. Keeping that product focus and maintaining the brand’s commitment to grassroots nonprofit outreach has reassured customers that the new merchandise doesn’t mean a new brand.

Nenow said that’s a lesson Sorel is taking to heart in its second spring season. “We’ve got a much clearer focus on what we want spring to be,” he said. Even as the brand branches out, he said, it’s trying to link the design language of the spring collection even closer to winter’s aesthetic. “It’s in the outsole and how rubber is used,” Nenow said, referring to Sorel’s origin as the Kaufman Rubber Co. “We’re breaking the outsole in different ways, just making sure the traction cues and the outsole design cues tie back.”

Market Intelligence
Moving into new areas means going up against well-funded wholesalers with a dedicated consumer base, and it requires winning over a retail community that already has a year-round business. Knowing what the competition brings to the table is essential, brands said. “Retailers aren’t looking for additional brands, per se. They don’t need Teva or any other label to show up with its version of what already exists,” Teva’s Worley said. “They need innovation-drivers. We need to give them a reason to put us on the shelf.”

That’s critical, agreed Alan O’Hara, co-owner of the two-store When the Shoe Fits chain in Vancouver, Wash. Unique product and enticements such as favorable terms and dating make a difference for retailers seeking to add to their mix. “Brands need to give a retailer a reason to buy [the line],” he said. “There are already too many reasons not to buy it.”

Teva learned that fact the hard way. “We didn’t have [a differentiation strategy] entirely clear from the outset,” Worley said. “What we had was nice and relatively compelling, but not tipping the scale to the point where [it was] taking over someone else’s shelf.” To retool, Teva focused on emerging categories with big growth potential, such as multisport, as well as smaller niche markets where it could have an impact, including wakeskating, an offshoot of wakeboarding. And Worley said the proof is in the numbers. “In the U.S., 2011 was probably the worst spring weather in 40 years, but despite hampered sandal sales, we saw overall brand growth,” he said.

Denise Friend, REI’s product manager of footwear, said as long as brands have the correct elements, success should come. “It all starts with the right product,” she said. “It needs to be priced right and competitive in the market, cosmetically appealing — especially for the female consumer —  and have visual cues that connect all the products to the brand and be appropriate for the end use.” And the results are worth the effort, she added. “If the product is right and [the customers] trust the brand, they are very open to the idea [of new categories].”