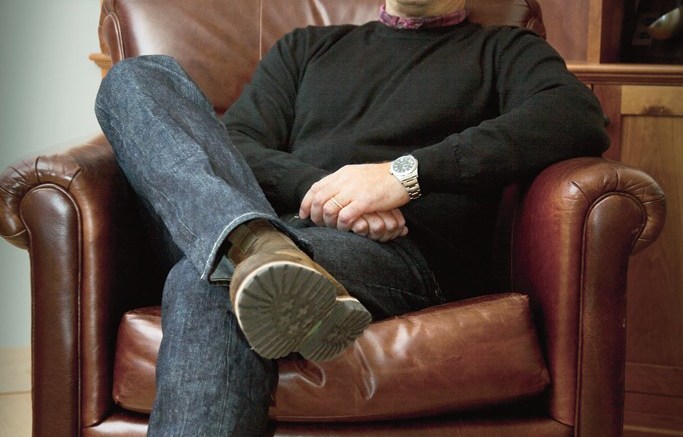 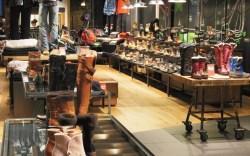 Every brand has its time, and Timberland’s is now,” proclaimed Patrik Frisk, two months into his new role as president of the Stratham, N.H.-based company.

The exec, who was most recently president of VF Corp.’s Outdoor & Action Sports division for Europe, the Middle East and Asia, said three main areas represent opportunities: boosting the North American business, driving innovation in footwear and expanding apparel into a $300 million segment.

Bolstering these efforts now is important, he explained, because “the consumer has really begun to gravitate toward products they trust and that are authentic from a historical perspective, especially in this [economic] environment. Timberland is at the right place at the right time. It’s iconic and one of the largest outdoor brands from the footwear perspective.”

Frisk also was eager to convey how Timberland, under its new parent, would benefit from better execution for sourcing and production, as well as retail expansion.

“One of the advantages is leveraging VF’s size and discipline. VF has proven itself by doing not one or two acquisitions but many, and by then allowing the brands to continue to be the best they can be within their categories,” he said.

Shortly after the $2.3 billion acquisition was completed in September, Timberland showed itself to be one of the strongest performers in its parent company’s portfolio, helping to beat analysts’ estimates and lift VF’s third-quarter profit and revenue gains by more than 20 percent.

Saliently, Timberland’s revenues shot up 22 percent in the period, faster than the Outdoor & Action Sports division as a whole, which increased 13 percent.

Analysts said the company, which saw full-year income fall about 60 percent between 2006 and 2007, is well positioned going forward. 2010 marked the start of a turnaround.

“While Timberland may have lost its focus several years ago, it had started getting back on track at the time of the acquisition,” said Kate McShane, analyst at Citi Investment Research. “It’s a pretty nice foundation that they had started building, so there should be good growth from here on out.”

Timberland’s smaller sub-brands — SmartWool, Mountain Athletics and Earthkeepers — present major expansion opportunities, according to McShane. “They are outdoor brands that are small and can benefit from deeper distribution.”

Taking Timberland into new markets is another big opportunity, McShane added. She noted that VF-owned The North Face — which Frisk helmed in Europe — is based in California, where Timberland is underpenetrated. “What VF brings is distribution opportunities, retailer relationships to increase that distribution, marketing prowess and deeper pockets,” she said.

Michael Binetti, analyst at UBS Investment Bank, agreed: “VF can put Timberland in the outdoor stores where they already distribute The North Face and get a warm welcome from them.” In addition, he added, Timberland’s retail segment “is way below what VF has been achieving in its own stores, so VF should be able to close the profitability gap between the two.”

Such synergies have already started with Timberland’s SmartWool brand: This quarter it is placing a full sock assortment in the top 23 North Face stores in the U.S. Teams from SmartWool and The North Face also are working together to develop a more comprehensive apparel platform, VF said.

At the same time, Timberland can help strengthen the footwear assortment at The North Face, which is slated to double in size over the next five years. For example, the Timberland boot manufacturing plant in the Dominican Republic can be leveraged at The North Face and Vans to help streamline operations and improve overall margins there, said VF’s chairman, president and CEO, Eric Wiseman, on a recent call with analysts.

At Timberland, Frisk said, the plan is to invest heavily in product innovation to stand out in an inflationary environment, and the strategy includes adding new components or tie-ins with component brands. For instance, after introducing a new anti-fatigue footbed into its 6-inch classic boot this year, Timberland raised its retail price to $180, from $155 last year, and saw strong sell-throughs. According to Frisk, that shows “consumers are ultimately willing to pay for differentiated product.”

And beginning next spring, Timberland will use OrthoLite’s X-40 insole technology in the outdoor brand’s Radler Camp series of minimal footwear.

Frisk, who also worked at Gore-Tex, said, “[The trick] is to see how we can [get creative] not just in functionality but also in materials, because there will be continued pressure on costs, specifically labor costs coming from the Far East, going into 2012.”

David Zaken, who has been selling Timberland in his David Z stores for 25 years, said, “[The brand] never ceases to amaze me with how they come back again and again with product that is comfortable and durable, with great value for the money, fit and materials.”

Brian Trask, footwear category manager at Boston-based City Sports, also alluded to Timberland’s improving aesthetic. “One of the advantages Timberland has is they’re able to take their technology and make it favorable to the metro customer, not just the outdoor customer. They’re definitely listening to their consumer and coming up with new [elements] that the consumer is responding to,” he said.

As footwear continues to make strides, however, Timberland also wants to concentrate on its apparel business. “[It] did quite OK six or seven years ago, but then we lost track of where we were going with it,” Frisk said. And while it will take some time to get the category exactly right, he noted the goal is to relaunch apparel in North America in the next two years with the same leather and canvas theme it uses in footwear.

“It’s a different animal from footwear, and a lot of work right now is going into understanding what [a Timberland consumer would want in their clothing],” he said. “What we’ll do is merchandise it out of America, but keep designing it out of London, although we’re not far enough down the road to tell you exactly how to set up the functionality, or if we’re going to have some design taking place here.”

While Frisk said outerwear will be a focus, “we’re taking a holistic point of view, from bottoms to tops and accessories as well, and we have to make sure we can show everything in our retail stores.”

Women’s apparel, Frisk noted, already has been well received in Asia, where the category was just introduced. In fact, international markets will continue to drive much of Timberland’s growth going forward.

For the third quarter, the brand’s global revenue, which makes up more than half its total annual sales, saw double-digit gains. Business in Europe, despite the challenges there, surged 30 percent; revenues in Asia, driven by strong retail gains, also rose 30 percent.

But Frisk, who most recently was based in Lugano, Switzerland, observed that 2012 will be a very tough year across the board for firms operating in Europe. “Right now, no matter what brand you talk to, there’s only one region performing and that’s central Europe,” he said. “Southern Europe has its own problems with [its leaders stepping down]. The U.K. is a difficult one simply because trading has been challenged by the weather. In the north and outlying areas, weather [is also an issue].”

All told, analysts are optimistic that Frisk has the expertise required to accelerate Timberland’s growth.

Stumphauzer noted, “When VF took over The North Face, it [was like] Timberland in that it was a good brand name, but it had no discipline in place. It went from unprofitable in 2002 to now one of the most profitable brands in VF’s stable. A lot if it came under Frisk’s stewardship, so you can make the argument just given his track record that [he’s the right man for the job].”