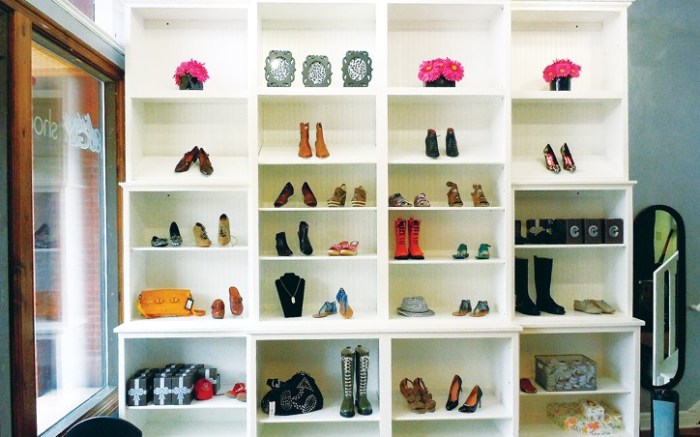 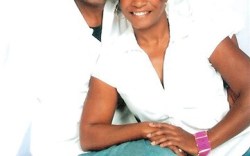 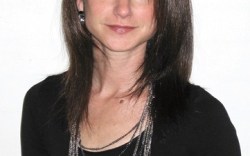 Despite the uncertain outlook, the shoe industry continues to attract newcomers opening independent shops. But these rookies are proceeding with caution. While the current climate offers certain opportunities — including attractive leasing deals — it also brings plenty of challenges, from more rigorous credit reviews by vendors to greater difficulty in obtaining funding as banks continue to put the squeeze on small-business loans.

Dana Walker, a former store manager for Limited Brands, will open Heel Struck this fall in the Inland Empire area of Southern California. Although she feels strongly about the need for the store — many locals drive more than 30 minutes to nearby Los Angeles to go shoe shopping — Walker said the economy gives her pause. “There’s always that fear in the back of my mind, especially when I see that even some of the big boys here in California aren’t making it. But fear is overshadowed by hope and opportunity,” she said. “Even in tough times, women are still buying shoes.”

To finance her venture, Walker has applied for a business loan, but said she is prepared to dip into her personal funds if her application is turned down. “[The banks] are definitely being much more cautious and going through everything with a fine-tooth comb,” she said. “So we’re ready to go to plan B if we don’t end up getting the loan.”

For Walker, one of the toughest parts of the process has been finding the right location for her boutique, where she plans to carry moderate brands including Wild Rose, Deréon and Michael Antonio. While she said leasing agents are willing to negotiate — whether it’s coming down on the price or offering a couple months of free rent — she is concerned about the glut of empty space. “We want to be in a strip mall and there are a lot of empty [storefronts],” she said. “Like, why is everyone leaving the area?” For now, Walker said she is taking her time and hopes to finalize a location by the summer.

Despite having no retail experience, artist Muna Elias is set to bow 4 Your Feet Only this spring in Temecula, Calif. The store will stock higher-end comfort brands such as Allegria, Beautifeel, Sanita and Naot, as well as custom orthotics. While vendors are being much more selective taking on new accounts, Elias said she approached them armed with a thought-out business plan, which has helped her position. “The vendors see how serious I am,” she said. “This isn’t a small investment for me, so I’m certainly not approaching this process naively.”

So far, her biggest challenge has been navigating the real estate market. Unlike Walker, she has found the leasing agents in her area to be far from accommodating. “There are so many retail vacancies right now that you would think the landlords would be eager to have a live one, so to speak,” she said. “But they don’t seem interested in even showing their properties, and they are playing a lot of games. I’ve been looking for six months and still haven’t locked in a lease.”

Recognizing that the right location can make or break a new business, Tammy Thomas, a former pastry chef whose Foot Candy women’s boutique is slated to open in September in Mendham, N.J., chose to set up shop next to her friends’ successful clothing store, Windswept. “It makes taking the leap a bit easier,” she said. “I’ve been tapping [Windswept’s three owners] for advice, and we’ll be able to send customers back and forth and team up for special events.” In fact, Thomas said, the two stores may eventually remove the shared wall between them to create one large space.

While Thomas admitted the economy is a concern, she is confident in her concept. “There’s a shift happening, where people are coming back to boutiques,” she said. Still, Thomas is approaching the buying process conservatively. “I’m trying to be very careful to pick the right brands and not overbuy,” she said, adding that she is eyeing higher-end lines such as Stuart Weitzman, Cole Haan and Cynthia Vincent.

But first-timers aren’t the only ones drawn to footwear. Established apparel retailers also are seeking to step into shoes.

After nearly nine years running the successful women’s clothing store Zotcis Attire in Manhattan, Kan., Sara Meyer decided to shift gears. She shut down the store, completely remodeled the space and reopened in February as The Purple Pump, a moderately priced women’s shoe boutique. “Making the switch to shoes has been a great move for us,” Meyer said. “The store is much busier than our clothing store ever was, and we’re attracting a broader audience now because we don’t have all the sizing and fit issues that [are associated] with clothing.”

Having a built-in customer base — not to mention a prime location just steps from the Kansas State University campus — has been a big advantage, she added. “If we were new and didn’t know the market as well as we do, I probably would have been a lot more hesitant about doing this in this kind of economy,” she said. “But it’s been fantastic.” She noted that her vendors, which include Dollhouse, Mia and Rampage, have been eager to work with her because many of them have little to no distribution in the area.

Diane Sinclair and Jenny Turek also saw an opportunity in shoes. The mother-daughter duo, owners of Sisters Ugly, a contemporary women’s clothing boutique in Northfield, Minn., opened a standalone shoe store last month across from their apparel shop. “We saw a need for more fashion-driven footwear that would complement the kind of clothing we sell,” said Turek. “[The new store] also is a natural next step for expanding our business.”

The 600-sq.-ft. shop is already attracting new customers with brands such as Corso Como, Kensie Girl and Gentle Souls. And so far, Turek said, vendors have been very receptive, with some even allowing the store to test one or two styles before moving ahead with a bigger buy. “We didn’t know what to expect,” Turek said, “but we’ve had a really positive response.”