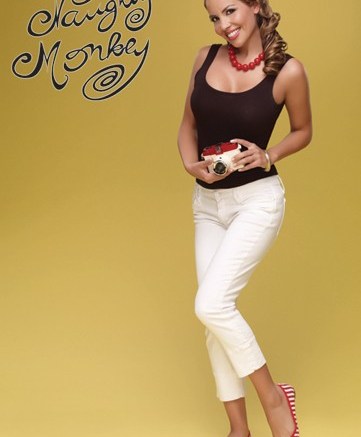 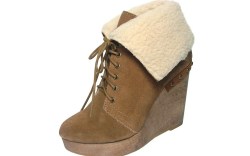 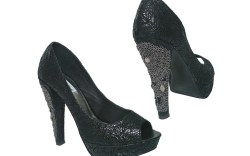 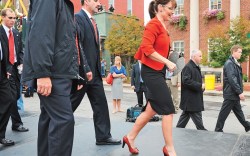 A different kind of strategy has helped Naughty Monkey compete in the juniors’ market.

The San Diego-based brand has seen double-digit sales increases every year since its launch in spring 2004, even with a limited number of retail accounts and without the use of traditional marketing campaigns.

Year-to-date, sales for 2011 have surpassed last year’s numbers, and the brand is poised for more growth through international expansion and the launch of an e-commerce site.

“When we started [the label], it was only four or five styles, but they were the right styles,” said brand director Jay Randhawa, who entered the footwear industry in 1996 at Guess Sport, working in both sales and production. “It was a two-[pronged] approach of creating niche product for distribution and creating buzz from a grassroots [level].”

At the beginning, the retail strategy included targeting independent accounts that would help put the brand on the map. “To see [our product] in the store created buzz,” said Randhawa.

Now, the label has expanded its retail roster to include Nordstrom, Victoria’s Secret, Zappos.com and Endless.com.

In July, Nordstrom will feature a wedge bootie style in its annual anniversary sale, and for fall, the brand will enter Army and Air Force Exchange Service doors.

Endless.com has been selling the brand for five years, and Naughty Monkey continues to produce strong sales, said Endless.com PR manager Tracy Ogden. “The [shoes] are stylish yet affordable, [so] anyone can access them,” she said. “They also are very well made.”

And as a way to attract additional retailers, parent company Brand Headquarters launched sister label Not Rated in fall ’07. It carries a lower price point of $40 to $75, compared with Naughty Monkey’s $50-to-$100 price range. Not Rated uses non-leather material constructions and has a target audience of juniors’ customers in their teens to late 20s. This fall, the brand will enter Hot Topic and PacSun stores.

“I always knew that to stay true to the [core] brand, I had to come up with a second line to access different accounts,” said Randhawa. “If I’m going to sell to an edgy boutique, that [store] doesn’t want my line to be everywhere in mass retailers.”

But even with the brand launches, Randhawa is still focused on limiting its retail accounts.

“We’ve increased the number of retail launches, but the set number of launches is budgeted,” said Randhawa. “It’s a controlled growth.”

The core Naughty Monkey brand, which is known for its use of mixed materials and elaborate designs, avoids marketing campaigns and even some press attention to ensure that the product is not shown too early in the season, said Randhawa. (Instead, a celebrity clientele has helped drive sales. Sarah Palin and Paris Hilton have both been photographed wearing the label’s shoes.)

“We live in a business where knockoffs are a major concern,” he said. “We live and die by our product, so I have to make sure that the styles are kept guarded until we hit retail.”

And the brand does manage to achieve a unique look, said Nathalie Yavonditte, director of shoes and accessories at Victoria’s Secret.

“[Naughty Monkey] makes wearable and comfortable shoes, and the colors, embellishments and styling are fashion-forward,” she said. “The styles don’t look like knockoffs like many brands do. There tends to be a lot of duplication among the bigger and better brands.”

To gain more sales momentum, Randhawa plans to launch an e-commerce site within the next year. “We are now in a position where we’re strong enough to sell online ourselves and it won’t affect our retailers’ businesses,” he said. “The online [segment] will be successful, and it’s a testament to how far we’ve come.”

Brand Headquarters also recently opened an office in Europe, where the team is working to expand Naughty Monkey’s presence in Spain, Italy, England and France. The line already is sold in Asia and South America.

Also this year, the company is focused on finding ways to keep costs down so its brands can continue to sell at the “right price point,” said Randhawa.

He noted that the brand has started “bulking up on orders” at its factories, most of which are in China and India. And about three years ago, it opened a space for developing prototypes — also in China — to react to trends more quickly with an internal team.

Going forward, Randhawa said the company is considering creating a full lifestyle offering within the next few years. “We’re primarily a footwear company, but there are many branches that can come of this,” he said. “[Naughty Monkey] is a strong name that people can relate to, and you’ll see us grow bigger and bigger.”