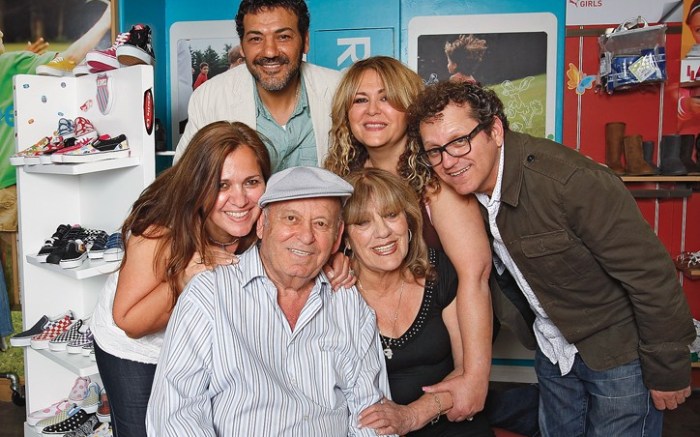 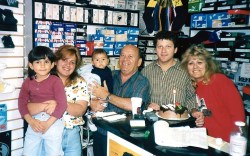 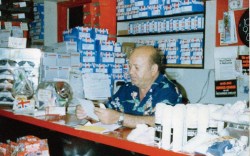 While Isack Fadlon is the public face of Sportie LA, he’s quick to point out that the company has fared well because of the people behind it: his family.

Fadlon said they have made whatever sacrifices were necessary to ensure the business remained vibrant over the past 25 years.

Fadlon and sister Orna Amzaleg founded the first store in late 1985, but it was their mother and father who encouraged — if not pushed — them into entrepreneurship.

“None of this would have been possible without [our] parents giving us the opportunity and a very favorable rent,” Fadlon said about the original 800-sq.-ft. location in a retail property owned by his parents, Asher and Carmela Fadlon.

But the elder Fadlons’ involvement with the fledgling business went well beyond that of landlord. Having launched Sportie LA after graduating from high school, Fadlon soon found himself balancing classes at U.C.L.A. with selling shoes.

Luckily, his father Asher was more than willing to lend a hand. The elder Fadlon often was called upon to work at the store, even while operating his own contracting business.

“He’s our crutch,” said Isack Fadlon. “My parents gave us all the support we needed. We had an incredible support system.”

Indeed, Asher stepped in on more than one occasion to keep the business afloat while Fadlon and Orna pursued other passions. Fadlon went on to study law and even earn another degree in journalism. Meanwhile, Orna departed for an extended visit to Israel.

“Without my dad stepping in and saving us, we wouldn’t have Sportie LA today,” Fadlon said. “While I focused on my legal education and my sister was in Israel, he ran the ship and didn’t allow it to sink.”

Eventually, Fadlon and Orna returned to run their retail business.

They were joined in the early 1990s by Orna’s husband, Eli Amzaleg, who for a time owned a restaurant adjacent to Sportie LA.

“The sneaker game was getting hot,” Fadlon explained about the need for an extra pair of hands. “Eli [was leaving] his employees and helping at [our] store. He was getting more involved, then fully immersed. He eventually sold the [restaurant].”

Today, the family has built Sportie LA into a chain that includes six brick-and-mortar locations, as well as an e-commerce site. An apparel-only store, adjacent to the Melrose flagship, is still manned by Fadlon’s parents.

“They’re retired; it’s their hobby. They love to do it,” said Fadlon, noting that his mother at one time owned a denim shop adjacent to what is now the flagship location.

“Having family as your backbone, one always feels that failure is limited,” he added. “You can take more risks and chances and really push when you have the security of family behind you. It’s the most powerful [feeling] having parents like ours. We could never fall. They were always there to catch us. It’s an empowering feeling.”

As the business has expanded, family members have split up the work and taken on separate roles.

Fadlon oversees buying, business development and marketing, while Orna handles accounting, apparel buying and human resources. Eli Amzaleg takes care of day-to-day operations, as well as serving as a buyer for the stores.

According to Eli, he quickly developed a knack for retail. “I always paid attention to what people were looking for,” Eli said. “If two people ask for the same style, [others] will like it too.”

But it’s been Eli’s rapport with celebrity clients that has turned the store into a destination for music insiders. “They get advice from me,” Eli said about wardrobing clients such as Snoop Dogg and Bow Wow. “I also have [about 15] regular stylists I work with.”

The Sportie LA team also includes sister Rozet Shabtai, who oversees operations at a second Melrose location and assists with apparel and accessories buying there. Her two sons, Leor and Michael, have also joined the company, serving in different capacities.

To make sure everyone has a voice in key decisions, Orna explained, “we try to have meetings to talk about things and therefore avoid problems. Everyone has a different opinion, but we always try to compromise. It’s not personal. We all want to [have] the business succeed and keep growing. We need to stay on the same page. It’s a give and take.”