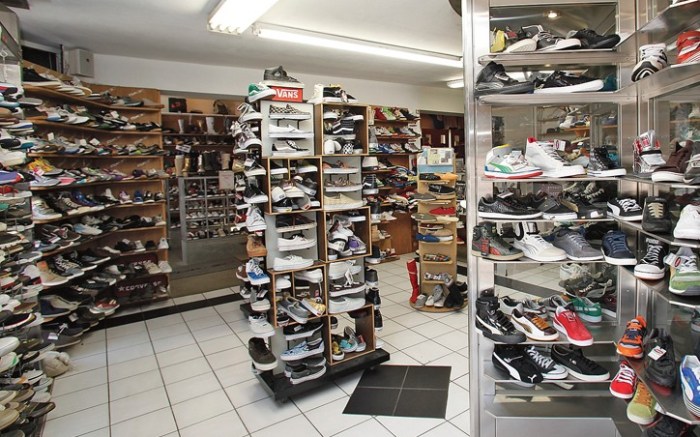 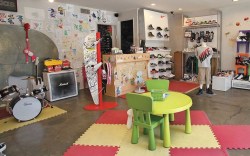 When he opened his first store, co-owner Isack Fadlon wasn’t aspiring to create the unique shopping experience that would come to define Sportie LA. His original goal was simply to cram as much interesting product as he could into a small storefront.

“With less than 800 square feet of selling space and storage combined, we simply had no room to display shoes,” recalled Fadlon.

In the early days, one of the store’s hallmarks was deep bins overflowing with sneakers. Shoppers would have to sift through the stack in order to find just the right style, creating a more interactive experience.

“People would come to the store knowing they’d have to allot a certain amount of time to sitting on the floor and rummaging through the pile,” Fadlon said. “Our reputation became ‘the place to find your diamond in the rough.’”

Fast forward to today and Sportie LA boasts a network of six stores across Southern California, including a flagship on Melrose Avenue that has more than tripled in size to 2,800 square feet and exhibits a concept Fadlon calls “chaos and serenity.”

“Chaos refers to what we had originally, where you pile it up and take the time to be physically engaged in the process of finding what you want,” he explained. “Serenity is found in the new section, called The Vault, which is more of a gallery showcase where we highlight product.”

Fadlon attributed at least part of the success of the business — of which footwear comprises 85 percent — to being near Hollywood and its celebrity culture, which provides vital word-of-mouth marketing, especially because the store works with many film studios and stylists.

But the shops are a destination for all sneaker enthusiasts. Among its clientele are everyone from the average sneakerhead to hip-hop star Kanye West, as well as other actors, musicians and entertainment industry professionals.

“You can find things in this store that you can’t find anywhere else,” said Ron Artest, star forward for the L.A. Lakers. “If you’re looking for the hippest new style of a sneaker, or things that not a lot of other people are wearing because they can’t find it, you can probably find it at Sportie LA.”

Blink 182 and Angels & Airwaves guitarist and vocalist Tom DeLonge agreed: “Sportie LA has not only created a footwear lifestyle institution in Los Angeles but across the world. As a touring artist, I spend a lot of time traveling, [and] it is quite hard to find a sneakerhead who is not a fan of Sportie LA.”

“Sportie LA has [long been] my place to get laced with the freshest sneakers,” added rapper Snoop Dogg.

The retail chain is, in fact, known for its vast array of limited-edition kicks, as well as its collaborations with brands. And more collabs are on the way to commemorate Sportie LA’s 25th anniversary. Adidas, Asics, Converse, Levi’s, Puma, Radii, Reebok, Sebago, Supra and Vlado are all currently designing special styles for the celebration, though most won’t be released until later this year.

“We’re always looking for product that’s different, as we always want to stand out. Plus we do things like take quirky colors few others would dare to sell, and we sell them all,” said Fadlon.

Last year, Sportie LA spun off with a dedicated children’s store that has already been a hit with consumers, and hopes are high to open additional stores, though no firm plans are in place.

In the meantime, Fadlon said, the company is working to overhaul its website, “throwing more resources at e-commerce, which contributes a decent chunk of our total revenue and continues to have great potential.”

Just how big is Sportie LA’s Web business? “Let’s just say it’s sizeable to a point where we understand we need to [grow it],” Fadlon said.

And while he noted that the company would continue to maintain a measured pace for store expansion, Fadlon said growth plans are in the works.

“We’re proud of what we’ve achieved, but there is so much more we want to do,” Fadlon said. “For me, this is just a new chapter.”