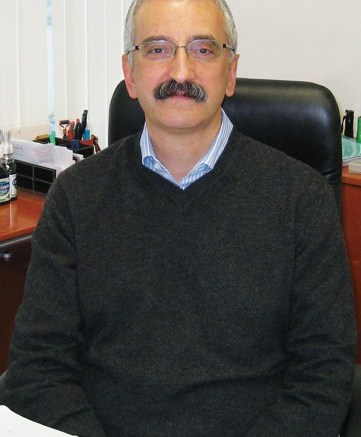 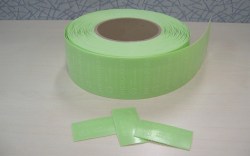 The footwear industry may be fashion-driven, but it also has a practical side.

Like many consumer goods, shoes are highly susceptible to mold growth throughout the manufacturing, shipping and warehousing processes. While silica gel sachets have long been a favorite anti-mold solution for shoemakers, Hong Kong-based Micro-Pak Ltd. sought to change the game in 1998, when it introduced small stickers that adhere to the inside of shoeboxes and prevent mold from developing.

“When I started the company, people said, ‘There’s no market. Nobody will pay more; nobody will change [from the solutions they’ve been using],’” said Martin Berman, owner and managing director of Micro-Pak, which also makes polyethylene sheets for use inside plastic bags. “But then people saw how well the stickers worked and kept coming back.”

Last year, the firm, which also has offices in Tualatin, Ore., and China, and will open a European branch this month in the Netherlands, sold 1 billion pieces to customers including Target, Kohl’s, Nine West, Geox and Wolverine World Wide.

While Micro-Pak will not reveal the specific science behind its stickers and sheets — “It’s our secret sauce,” Berman said — extensive testing has shown the products to be not only highly effective but safe.

Safety, in fact, has become a hot-button issue in the mold management business. In 2009, after it was revealed that companies were secretly putting dimethyl fumarate, a harmful biocide, into silica gel sachets, the European Union imposed a ban on DMF. The new regulations have been a boon for Micro-Pak, as European companies increasingly are shying away from using silica gel.

As its business has grown, Micro-Pak has steadily expanded beyond the footwear category to handbags, small leather goods, garments and furniture. And now it’s turning its attention to developing products that target the source of the mold problem. In the coming months, it will roll out a series of new cleaning agents for removing mold from the walls and surfaces of factories. “We really want to be a full-service company,” Berman said.

FN: How costly can mold be for footwear companies?
MB: It can be horrendously expensive, especially if whole shipments become covered in mold. If the shoes can’t be cleaned, they will be thrown away, which means a full claim to the vendor, as well as loss of freight and duty, sales revenue, profit potential and advertising dollars. There are companies that specialize in repairing commercial quantities of merchandise, but if you imagine the expense involved to ship the product to and from the company for cleaning, it’s often not worth it.

FN: Are there certain types of materials that are more susceptible to mold growth?
MB: It’s really across the board. And many people are under the misconception that only leather can grow moldy, when actually about 50 percent or fewer of the cases we see involve leather. The rest are synthetics, textiles and other materials. There are so many components [in shoes], from linings to back counters to laces, creating a lot of different surfaces for mold to form on. In addition, any biofilm, [such as] dirt or oil, can be enough to support mold growth, and shoe factories are certainly not the cleanest places.

FN: Why offer an alternative to silica gel sachets?
MB: Silica gel is pretty much useless. The quality of silica gel used in the footwear industry is, in most cases, suspect because the factories are always looking for the cheapest components and won’t go to the top-grade silica suppliers. In addition, the job of silica gel is to absorb moisture, so you have to keep the sachets moisture-free until you’re ready to use them. But in a typical factory, the sachets sit in a big box at the end of the line waiting to be tossed into shoe boxes. Meanwhile, they absorb all the humidity in the air, so when they finally go into the boxes, they’re already compromised.

FN: How have the DMF regulations in the EU affected your business?
MB: The DMF ban and silica gel scare gave us a big boost. We were in the right place at the right time, [and] there has been a significant increase in demand for our products. Even though silica gel itself is not banned, many EU customers have said they don’t want it anymore because they can’t guarantee there aren’t toxic substances in it. I think we’ll see the same thing in the U.S. A resolution [in the House of Representatives] that would put the same limitations on DMF has been introduced a number of times, and sooner or later it will be pushed through.

FN: How big of a concern is counterfeiting of your products, and how are you working to combat the problem?
MB: Counterfeiting is a constant battle. We’ve had to invest a great deal of money in very advanced anti-counterfeiting technology that allows us to identify the genuines and the fakes with the use of a special laser pen and ultraviolet light. We also are starting a program where customers can attach stickers to cards and mail them back to us and we will check the authenticity of them.

FN: What steps are you taking to improve the sustainability of your products?
MB: We’ve [hired] a sustainability consultant who has conducted some studies for us, looking at everything from the raw materials to end-of-life. The purpose is to bring awareness to our customers, as well as to pinpoint areas where we can improve. We’re also exploring the issue of biodegradability. We are in the midst of a six-month lab test on some new additives that would make our stickers and sheets biodegradable per very specific ASTM standards.