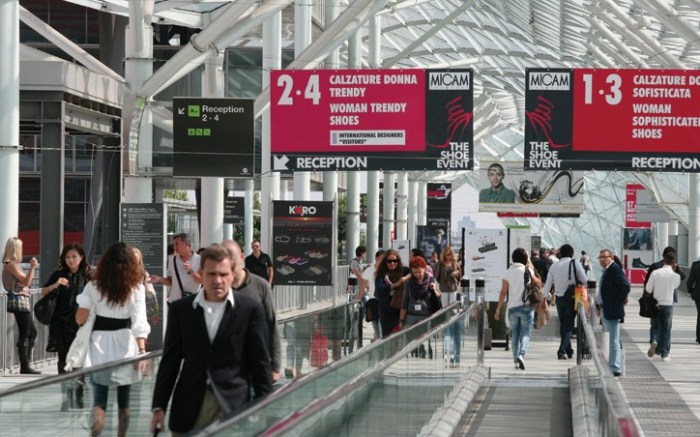 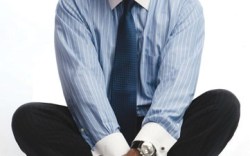 As the outlook across the Italian footwear sector continues to brighten, Micam organizers are upbeat about next week’s show.

The four-day event, set for March 6-9, will be held at the Fiera Milano Rho fairgrounds in Milan. It will host about 1,600 exhibitors, with more than 600 coming from outside Italy. More than 40,000 visitors are expected to attend, with half of them hailing from abroad.

“We’re very happy with the numbers,” said Fabio Aromatici, CEO of Micam and ANCI, the Italian footwear manufacturers association. “This is the second consecutive edition where we’re growing again.”

This show also marks the first time Micam will be held concurrently with three other major accessories events: Mipel (handbags), Mifur (furs) and Mido (eyewear), all of which will also be held at the fairgrounds.

“Italians, by nature, are very individualistic, so we consider it a very big success to have all four trade shows, each with their own long traditions, come together to create one very important event,” said Aniello Musella, executive director for the U.S. division of the Italian Trade Commission and trade commissioner for the group.

Aromatici noted that many Micam exhibitors are feeling more optimistic about business. During the first 10 months of 2010, Italian footwear exports were up 13 percent in overall value compared with the same period in 2009, hitting about 191.5 million pairs and 5.7 billion euros, or $7.8 billion at current exchange. Average prices, meanwhile, decreased 1 percent.

“Companies are leaner and meaner,” Aromatici said. “Even before the crisis, competition from China helped them react more quickly than before.”

In addition, brands are setting themselves apart by focusing more heavily on research and development, and innovative marketing, he added.

While the recovery in the U.S. has been uneven — with bigger brands bouncing back faster than smaller players — other large markets, including France and Germany, are fueling sales for many firms, and retailers from those countries are expected to be out in full force at the show.

“Those markets have always been important, and they never really went down in the crisis,” Aromatici said.

The industry also continues to see increased interest from newer markets such as China, Russia and Brazil.

Beyond the business at hand, organizers are seeking to spice things up at the show with a more interactive environment. For example, the international designers’ area will feature a 1980s video game theme.

And in a new section of the fair called “Spazio I Love Italian Shoes,” visitors will get to view the latest trends and see work from hot new designers.

“Micam has always been good for doing business, but this time we want to add some [fun extras],” Aromatici said.

To build buzz, Micam also has tapped 10 up-and-coming European fashion bloggers to chronicle the show. And organizers will be filming segments for a new Web television initiative called “I Love Italian Shoes.”