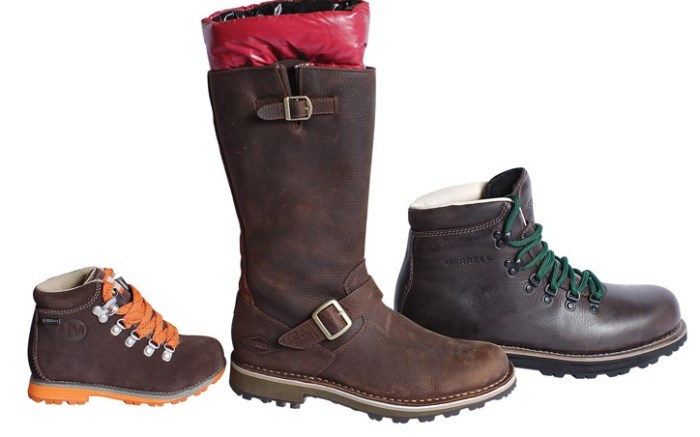 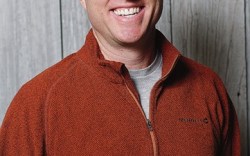 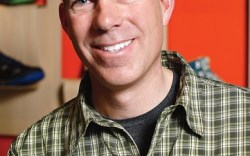 With 30 years in the rearview mirror, Merrell’s executive team is looking to the next three decades.

Wolverine World Wide Inc. President and CEO Blake Krueger has charged the brand to grow its business to $1 billion in the coming years, and Outdoor Group President Jim Zwiers said Merrell has a rigorous plan in place to dramatically boost sales and market influence.

“The brand is perfectly positioned,” Zwiers told Footwear News in an interview last month in the brand’s New York showroom. “We have the product and passion to be able to drive it in a really significant way.”

According to Zwiers, the first priority for Merrell is simply to expand awareness.

“We’re still a brand that enjoys a very high intent to repurchase rate, but fairly low brand awareness,” he said. “We have an amazing ability to drive loyalty in our consumers, we just need to expand the tribe.”

“What we know is that the current members of the Merrell tribe are fanatically loyal,” said Seth Cobb, VP and GM of the Merrell label. “They love the brand and they come back to it again and again, so now it’s time to invite some new members of the tribe into the inner circle. That’s how we can take this to the next level for ourselves and for our retail partners.”

This year, the brand will unveil its first direct-to-consumer advertising campaign across magazines, blogs and social media platforms. It’s a major change for the brand, which, in the past, has relied almost exclusively on partnerships with retailers to get its name out.

“In strict direct-to-consumer channels, our spending on traditional media in 2009 was virtually zero,” Cobb said. “In 2010, it was several million dollars. In 2011, it will double again.”

Analysts agree there’s a sizable opportunity for the Merrell brand with new customers. “We do our own poll of independent retailers, and we continue to hear how great the brand is. Merrell is [consistently] one of [Wolverine’s] strongest brands,” said Mitch Kummetz, analyst at Robert W. Baird & Co.

“Once consumers buy a pair of shoes, they tend to be a Merrell consumer for life. So it’s all about trying to make more and more consumers aware of the brand,” said Jonathon Grassi, an analyst with Longbow Research. “There are still a lot of people who aren’t all that familiar with Merrell.”

One objective for the brand in 2011 and beyond, Zwiers said, will be to speak to a younger outdoor enthusiast. “We’ve got an opportunity to define the outdoors and really attract that next generation of athlete,” he said. “These folks are passionate, they’re digitally connected, they’re excited about life, they take on unusual adventures, and we want to make sure Merrell is a brand for them.”

To provide product that draws in new consumers, the company completely reorganized its product team last year. According to Cobb, designers are now grouped into men’s, women’s and kids’ segments, a three-part structure that replaces the previous organizational chart, which was divided into performance and lifestyle divisions.

It’s been a positive change, Cobb said, one that gives designers more room to create. “Say we’ve got a female, 32-year-old core outdoor user. Before, we had somebody trying to figure her out on the performance side and someone trying to figure her out on the casual side. Now we’ve got someone who can say, ‘I’m looking at every part of this person’s life and seeing where Merrell can play.’ It allows you to address all the phases of that consumer’s life.”

Product remains key to the Merrell plan, and the brand is seeking to make a splash in 2011 with new lines including the Origins collection, which debuts for fall ’11. Conceived as a way to re-envision two Merrell bestsellers — the Wilderness and Eagle hiking boots — the collection updates heritage styles with lightweight, eco-friendly materials and more fashion-focused colors.

Meanwhile, the Barefoot Collection, hitting retail this month, is another product introduction that could yield big rewards, Zwiers said. “Barefoot and minimal is a category that is new to our industry, and if you talk to retailers, many are realigning their footwear wall to add a barefoot/minimal category,” he said.

Merrell also is relaunching its children’s program for fall ’11 with new styles, including takedowns of the Barefoot and Origins looks.

According to Zwiers, kids’ product accounts for 4 percent of the business globally, but the company wants to see that number hit 10 percent soon. “We’ve got an opportunity that can be substantial,” Zwiers said.

Cobb noted that the new kids’ collection has an advantage over past seasons’ attempts — namely, a better focus. “We didn’t have great-looking [kids’] products a year ago,” he said. “But we invested a lot of energy and resources into this category, and the result is something great.”

All told, 2011 is poised to be a marquee year for the brand as it rises to new heights, executives said. “It really could be a turning point for our brand, [and] the investment that launches Merrell to the next level,” said Cobb.