Merrell Milestone: Talking Up the Outdoors 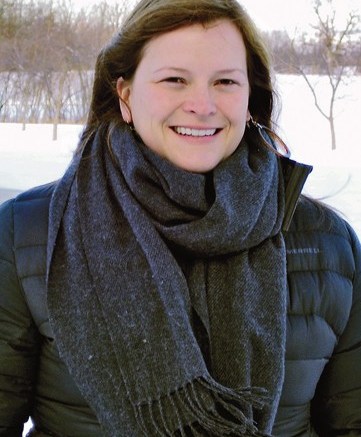 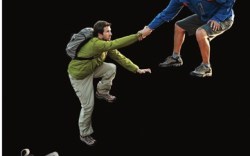 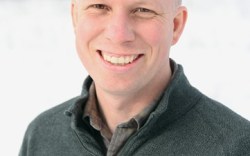 Merrell is getting serious about clothing.

The brand, which launched apparel in 2006 to mixed reviews from retailers, is gearing up to make the offering a key component of its business.

“The Merrell group has pretty lofty goals,” said Mark Sandquist, president of global apparel and accessories at Wolverine World Wide Inc. “We have about 14 million consumers that, in theory, would buy Merrell apparel.”

Sandquist, who joined Wolverine from Columbia in August 2009, has been charged with invigorating Merrell’s apparel and accessories division and is making moves to bring the non-footwear offerings to a broader consumer base. To do so, he said, they will boost the brand’s presence in stores and begin targeting accounts already carrying Merrell footwear.

“If there’s a strong footwear business, we figure there is already a Merrell consumer going into the store,” he said.

Categories beyond footwear play a big role in Wolverine President and CEO Blake Krueger’s plans to hit $1 billion in sales. Apparel and accessories, he predicted, could eventually make up about 20 percent of the brand’s overall business.

To that end, Merrell partnered with Hong Kong-based manufacturing giant Li & Fung Ltd. in April 2009, tapping into the firm’s extensive network to offer better pricing and leverage its sourcing capabilities beyond China.

“We have introduced them to factories in India and Indonesia [and] to a lot of new fabric mills,” said Marc Compagnon, executive director of Li & Fung’s Trading Group. “We have introduced a lot of our know-how, which they are now incorporating into their apparel.”

Though about 60 percent of Merrell’s apparel business is done abroad, with accounts in Canada, France and Chile, executives are refocusing on the U.S. market with the revamped apparel and accessories offering.

“We have such a strong North American footwear business, and it seems a little strange that Canada would do better [in apparel] than the U.S.,” Sandquist said, noting that the U.S market offers one of the biggest growth areas for Merrell apparel. “It’s in our own backyard.”

The brand also has labored to strengthen the connection between footwear, apparel and other accessories. Beyond its core footwear, Merrell offers clothing spanning performance outerwear and casual tops, bottoms and dresses, as well as hats, gloves, socks, hiking packs and everyday totes.

“There’s the challenge of [identifying] who we want to be and what consumer we’re targeting,” Sandquist said of the apparel mix, which is priced between $30 for basic T-shirts to $499 for thermal, three-in-one winter jackets. “We’re clearing up what Merrell wants to be. It’s so important to have your own point of view because, in the outdoor space, there is always [a similar] point of view.”

Three themes have been established to help the product development teams define what consumers are looking for and how Merrell footwear, apparel and accessories can collectively meet those needs. The “outventure” theme, for example, encompasses hiking and backpacking; whereas “fusion” features everyday and office-appropriate gear; and “momentum” matches up with activities such as trail running.

“We’re lining up all the product categories under those three [areas], not just under footwear or apparel,” Sandquist said, noting that managers have established a product review process that loops in every team, from finance to marketing. “We’re thinking about the needs and technologies, and it’s naturally falling into place.”

And the strategy seems to be working with retailers.

Lindsay Roberts, outdoor apparel buyer at Zappos.com, said she has been carrying Merrell apparel for two years and has been impressed with the way the brand has evolved the category.

“They are doing a great job of trying to branch out,” she said. “They have added a lot to increase the value, such as lining jackets with [ultraviolet protective factor], and can really sit alongside brands like Patagonia and Columbia. Their designs have come leaps and bounds over the past two years.”

“They have streamlined many of their fabrics and styles to appeal to a broader customer base,” she said of the brand, which sits next to Mountain Hardwear, Woolrich and The North Face at the store. “They used to be really commuter [and street] oriented, [but now] they have incorporated more technical fabrics and fittings into their designs.”

The breadth of Merrell accessories, which is priced between $10 for insoles and $199 for rolling luggage, is slated to expand between 10 percent and 15 percent for fall ’11. Chip Coe, VP of licensing and accessories at Wolverine, said Merrell offers about 20 bag, eight hat and 30 sock styles across several colorways.

“There are millions and millions of pairs of Merrell shoes sold each year around the world, and we have a relationship with those users,” said Coe, who joined the company in July. “We have to offer enough women’s bag styles or men’s headwear to be relevant to the retailer. It’s hard for a buyer to pick from a small offering, and step one is to make sure the [mix] is perfect.”