Merrell Milestone: Straight From the Team 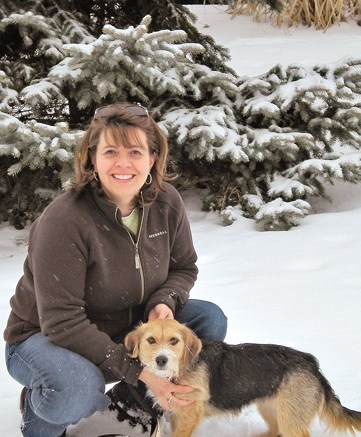 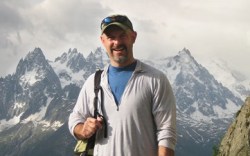 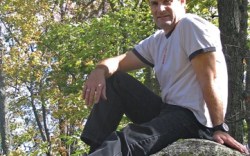 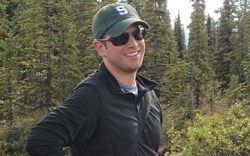 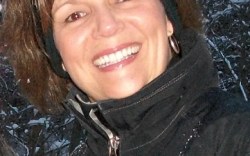 Melissa Newman
Customer service director
Joined: 2001
Favorite moment: “My interview. I met with several [staffers] before spending time with Jacques Lavertue. After talking with him, I knew I wanted the job. He told me that as [Merrell grew], he wanted to make sure we were taking care of the independent retailer. They were the ones that got [the brand] here.”
On Merrell’s 30th: “I’ve worked with some fantastic people with an insight and instinct for the brand. The leaders at Merrell have a passion, understanding and respect for what customer service brings to the equation.”

Yahn Lebo
Men’s product line manager
Joined: 2000
Favorite moment: “Rock climbing with our French sales team in Chamonix.”
On Merrell’s 30th: “It’s been amazing to see the brand develop from the early days of Clark Matis and John Schweizer in Vermont. In 1989, at Eastern Mountain Sports, where I started my career, Merrell was a new brand that people loved. It’s been great to see those consumers [help] it grow. Those early consumers not only came along for the ride but invited new fans along the way. The coolest thing Merrell has done is to help people get outside and have fun.”

Christian Triquet
President, Outdoor Group Canada
Joined: 1992
Favorite moment: “The Jungle Moc discussion with Clark Matis that propelled Merrell into the big leagues. The relaunch of the M2 style, rebirth of Merrell in association with Vibram, reaching its first millionth pair in Canada and [now] seeing the young guns taking over.”
On Merrell’s 30th: “In the early days, Merrell was just a hiking boot company, but fit and performance was always part of its DNA. Core customers supported it and believed we could [create] something out of a small Vermont boot company. [There’s] no big marketing machine behind it, just simply doing it right. We’re [striving] to become even more [important] as our apparel and accessories initiatives [make strides] in a very competitive environment.”

Matt DeWitte
Trade marketing manager
Joined: 2009
Favorite moment: “Taking a rainy night in May at one of our sales conferences and turning it into a Merrell, ‘Let’s Get Outside’ opportunity by sliding down a rain-soaked ski hill on garbage bags.”
On Merrell’s 30th: “While the brand has been a major player in the outdoor footwear market for years, it’s really gaining momentum. There’s a lot of fun and excitement around working on the brand and taking it from great to greater.”

Gerianne Bovee
Marketing manager, trade and sales
Joined: 1997
Favorite moment: “At a brand conference in Whistler, British Columbia, in May 2007, bungee jumping tandem with Sue Harvey-Brown off the Cheakamus Canyon bridge.”
On Merrell’s 30th: “‘I love my Merrells’ is something I continue to hear from acquaintances, family and friends. It [always] has and continues to make a quality product. At my first trade show, Merrell had [just] one category of footwear. In 1997, when Wolverine acquired it, we had an internal team of [just] eight. At our [recent] global brand conference, I stood on stage in front of 400 team members, thanking them for living our brand.”

Greg Glover
Key account manager, specialty outdoor
Joined: 2001
Favorite moment: “There’s not a day that goes by where I don’t feel lucky for [the chance] to work here. I really can’t say I have many friends that love their job as much as I do. If my kids learn anything from me, I hope it’s that it’s possible to love what you do.”
On Merrell’s 30th: “Merrell’s stuck to its roots for the last 30 years of making the outdoors more accessible. Our inclusive and fun events, matched with versatile product and education on the best ways to get outside, allow lots of people to enjoy the outdoors. We’re a brand that wants to build something for [consumers] no matter what [their] hobbies. You don’t have to climb Mount Everest in Merrell boots, but you can. Or you can simply take a walk in the woods with your family.”

Sophie Cramer
Product marketing manager
Joined: 2002
Favorite moment: “Our global sales conference a few seasons ago, in Grand Rapids, Mich. We always try to get outside when we get together. There was a scavenger hunt downtown that ended at a local bar we had rented for the evening. The group energy and synergy was amazing.”
On Merrell’s 30th: “I’ve always had a connection with Merrell due to its philosophy. It’s been about one thing: getting outside. That’s been key to our success. It’s not always about extremes and epic adventures, but the idea of letting someone choose their [outdoor] adventures.”

Martin Mellish
Women’s product line manager
Joined: 1991
Favorite moment: “It’s one of great joy and great sadness. We were given the opportunity to have a global sales meeting in Whistler. It was a last thank you from our president, Jacques Lavertue, who was diagnosed with a terminal illness. We skied, white water rafted, mountain biked and bungee jumped. It left an indelible impression of what Merrell and its people were about, and was such a fitting tribute to a great leader and friend.”
On Merrell’s 30th: “We have not only seen Merrell grow but the whole outdoor marketplace has blossomed from what 30 years ago felt like a cottage industry. Like any business with huge growth, we’ve had great successes and challenges. Along the way, we’ve been at the forefront of opening new categories .”

Megan Turner
Product marketing specialist
Joined: 2004
Favorite moment: “The day-to-day interactions with co-workers. We love to play jokes and pranks on each other.”
On Merrell’s 30th: “At 28, I’ve grown up alongside the brand. Living in Merrell’s backyard, my first pair was the Blade, followed by the Jungle Moc Slide. I sold Merrell footwear at the retail level in college. I’ve worked on the apparel [side] since its 2007 launch. I’ve seen Merrell define the after-sport category, lead in women’s performance product, launch a pinnacle Barefoot Collection and become the head-to-toe brand consumers turn to. The Merrell family has taught me to live an outdoor-inspired lifestyle and appreciate what the outdoors can do for the mind, body and soul.”

Amy Shelton
Product line manager, women’s apparel
Joined: 2006
Favorite moment: “Late-night karaoke in New York following our spring ’10 media party.”
On Merrell’s 30th: “[I feel] proud and fortunate to be part of such an historic and revolutionary brand. We’ll continue to evolve, inspire and exceed all our expectations in the years to come.”

For nearly two decades, Jacques Lavertue and Merrell were synonymous. The former president of Wolverine’s Outdoor Group, Lavertue, who died in 2007, was recognized as the face behind its Merrell brand. An avid outdoorsman, Lavertue’s passion helped set new standards for the category. During his tenure at Wolverine, he’s credited with taking Merrell from a $1 million company to a $450 million powerhouse. Before landing the top spot at Wolverine, Lavertue was a buyer for Sports Experts. He was lured away in 1976 by Doug Barbor, founder of Karhu Canada, which then owned Merrell. Lavertue was later named VP and GM for Merrell, which was struggling in the early 1990s. With a fresh take on the category that focused on lighterweight, more colorful product, he put Merrell on the outdoor map. It wasn’t long before Wolverine took notice of Lavertue’s unique take on the category and acquired Merrell along with its top gun. With the acquisition, Lavertue was named VP and GM of its outdoor footwear division. He introduced a broader assortment of casual styles that helped the brand gain access to everyday consumers. “When I think of Merrell, I think of him,” Tarek Hassan, co-owner of The Tannery, told Footwear News upon Lavertue’s death. “I’m sure a lot of people feel the same way.”