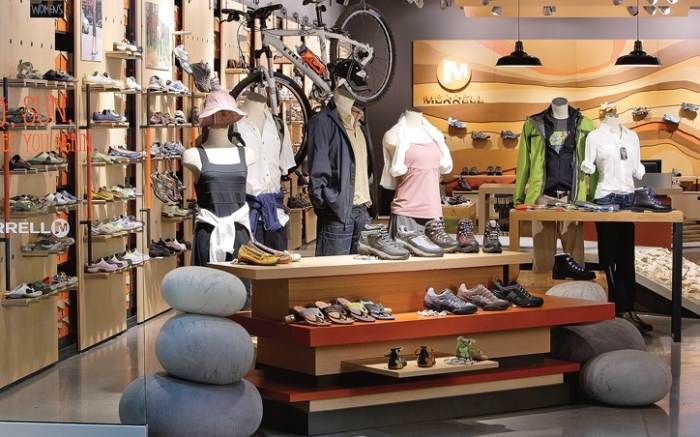 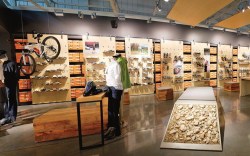 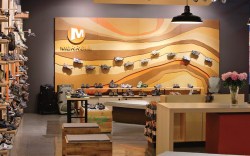 Merrell’s branded retail stores are getting a makeover that taps into the history of the label, while encouraging shoppers to embrace an active, outdoor lifestyle.

The first of the concept stores bowed last year in Chile, followed by two stateside stores. The brand expects to open 20 to 25 new doors featuring the revamped design this year, three of which are slated for the U.S. In all, the company operates 116 concept stores internationally, and seven locations in the U.S., not including outlet stores.

“The goal is to make [consumers] feel good, to make it easy to shop and not intimidating,” said Hufnagel. “[Customers] should have a holistic brand experience, and we’re optimistic about what this is going to do for the [label’s] growth.”

The new concept offers a larger selection of merchandise — including footwear, apparel and accessories — and incorporates back stock on the main selling floor. The decor uses a mixture of materials, such as metals and steels, that create a “stylish shopping environment,” according to Craig Throne, VP of global marketing for Wolverine’s Outdoor Group.

Throne said the objective was to provide shoppers with a new experience not found elsewhere in the outdoor arena. “It’s not something traditional; we’re trying to truly bridge outdoor style, new ideas and new thinking,” he said. “You’re not going to walk in and feel like you’re at The North Face or Columbia.”

To create that unique experience, the company has incorporated imagery that illustrates the brand’s history, including signage and outdoor objects such as rocks and bicycles.

Customer service will continue to be a key focus for the stores, and employee training will cover product knowledge and information about the Merrell story.

“We pride ourselves on being approachable. That’s what people love about us,” said Throne. “Retail is a [large] initiative, and consumer relations at a store is extremely important to helping create brand awareness.”

For now, the company is not developing any exclusive Merrell product for the stores, although it could add another Wolverine name, such as Chaco, to the merchandise mix.

Marshal Cohen, chief industry analyst at The NPD Group, predicted that once Merrell’s new retail strategy is in place, the stores could have a profitable future.

“They’re one of the few brands that has the ability to get the instant direct-to-consumer response,” Cohen said. “[The brand] has a very dedicated and loyal consumer, but not everybody knows the Merrell story, and one of the things the concept will do is to help raise awareness and help sell their story.”

While the concept is still in its early stages, the brand is aiming for 15 percent of total sales to eventually come from company-owned retail outlets, including both the new store concept and e-commerce. And executives said they do not anticipate that the branded locations will take away from its wholesale business with independents.

Mitch Kummetz, an analyst at Robert W. Baird & Co., agreed that Merrell’s product array and company-owned stores is a winning formula. “When you look at [Merrell] and the assortment of footwear and apparel, they have the breadth of product that can support a retail concept,” he said. “And that moves a long way in the direction of hitting that $1 billion goal [in total sales].”

While the timing of a concept launch might seem questionable given the difficulties across the entire retail channel, analysts said it could all work in Merrell’s favor.

“Now is the time to do it. Footwear is one of the few categories where there is growth,” said Cohen. “It will be a success story.”

For Hufnagel, the initiative is already a hit. “The first rendition immediately exceeded expectations,” he said.

Going forward, all future stores will include the elements of the new concept, but Hufnagel left the door open to further retail innovations. “Right now, we’re very excited about what we’ve developed and all efforts are going toward making sure that it’s [effective],” he said. “I’m sure that down the road, other ideas will come.”