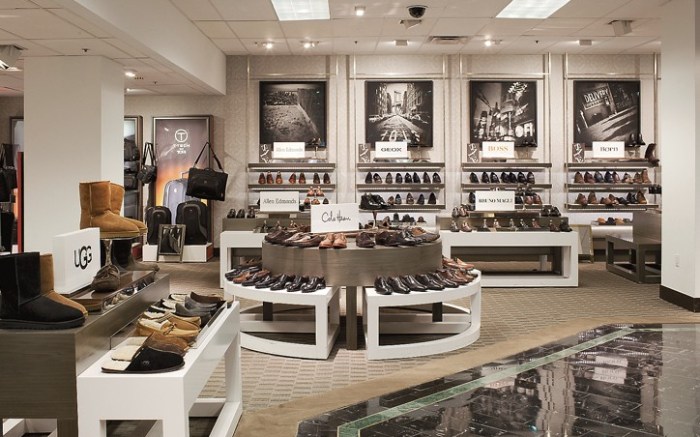 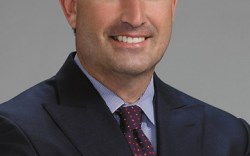 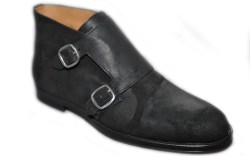 Though never known as big shoppers, men have given footwear firms a reason to invest in the category lately.

A combination of caring more about how they look and a wider selection of quality products with good values have enticed men to open their wallets, retailers said. As a result, stores are reporting robust sales growth in men’s footwear and now want to expand offerings, as well as increase — and upgrade — the selling space in the men’s shoe departments.

“Men finally got bored with looking at all the shoes women were bringing home in all sorts of colors,” said Neil Clifford, CEO of Kurt Geiger, adding that black and brown shoes made up 70 percent to 80 percent of his business two years ago, but now make up less than half. “Also, 10 years ago, men had just two or three key brands. Now they have 20 or 30 to choose from.”

Macy’s just capped “one of [its] best years in men’s footwear,” said Durand Guion, VP and men’s fashion director. “It was a fantastic year, and the No. 1 driver was the boot category. We’d forecasted it to be big, but it turned out enormous as men are starting to go to work in boots because of the bad weather. The dress shoe category has also started to kick in again because we’ve seen a shift in tailored clothing toward dressing up.”

At Lord & Taylor, menswear as a whole “continues to post double-digit sales increases in line with the rest of the store, with footwear coming in after apparel and accessories. Ugg, Sperry Top-Sider and Johnston & Murphy [are doing great],” said Jonathan Greller, the retailer’s SVP and GMM of men’s.

With average spending up, stores also are seeing more purchases on bigger-ticket items. “We have seen some slight uptick in average retail [prices, as] men definitely care more than ever about what they are wearing. They are looking for newness,” said Greller.

Daniel Leppo, Bloomingdale’s VP of men’s furnishings, shoes and classic sportswear, agreed. Men’s footwear has seen dramatic year-on-year growth, ranking second behind accessories, while “the average selling price has just started rising back up after the erosion of the last two years,” he said.

Leppo added that shoppers are demanding quality along with brand names, and the store has “seen designer resources, from suits to accessories and shoes, increase in popularity this year.”

Luxury has rebounded at Saks Fifth Avenue, said Thomas Ott, its SVP and GMM of menswear, who told Footwear News that men’s shoes were a “bright spot of tremendous growth” for the retailer last year. “Fall ’10 was a standout season,” he said. “We have seen renewed interest in luxury shoes, particularly dress shoes.”

As shoes fly off store shelves, brands are stepping up their style offerings, with some taking the opportunity to jump into the market.

This season, Ralph Lauren has expanded his accessories assortment, including shoes, leather goods and watches, under his Black Label. And Coach is dramatically bolstering its men’s business, starting with opening more freestanding stores and shop-in-shops this year.

“Right now, men’s accounts for less than 5 percent of the company’s $3.6 billion in annual sales. But we’re expecting to double our men’s business this year,” said Michael Tucci, president of the firm’s North American retail division. He added that a positive response to the more-intensified assortment in the brand’s first freestanding men’s store on Bleecker Street, and in its shops in North America and Asia, “have led us to believe that the men’s opportunity is substantial.”

Jimmy Choo, which launched a men’s footwear line for fall ’11, said that business will be treated as separate from the women’s lines, in part because of the success men’s footwear is having at retail.

“We are starting to hear retailers talk about expanding their square footage for men’s shoes and that this is one of their fastest-growing categories,” said Joshua Schulman, CEO of Jimmy Choo. “When we sit down and talk to people like Harrods, for instance, we hear [them say] it’s the perfect time for this because they’re expanding their men’s shoe floor.”

In fact, Harrods’ men’s shoe department had very strong growth in the last three years — ahead of the women’s shoe business — pulling in more than 10 million pounds per year (or $16 million at current exchange), said Clifford, who operates the retailer’s shoe department.

In May, Harrods will more than triple the size of the department to 9,500 square feet from 3,000 square feet, he added.

Bloomingdale’s also plans to revamp its shoe department this year, modernizing the selling floor and displays in the New York flagship, said Leppo.

Guion said Macy’s is considering a big footwear expansion in its Union Square store in San Francisco this fall. “With the type of success we’ve had this year, we’re certainly looking at individual locations to see how we can dedicate more space to selling and to increase stockroom capacity and staffing,” he said.

Saks, too, is about to embark on an update of its contemporary men’s shoe department on the seventh floor of its New York flagship, to make it more relevant with better lighting and a modern aesthetic, said Ott, who added that the retailer will add space to other locations on a store-by-store basis.

Lord & Taylor already has a dedicated men’s shoe floor in all its doors. It redesigned the one in its Manhattan flagship last October. “That has done so terrifically that we’re looking at rolling out the concept to other locations,” said Greller. “And we’ll continue to invest in stores.”