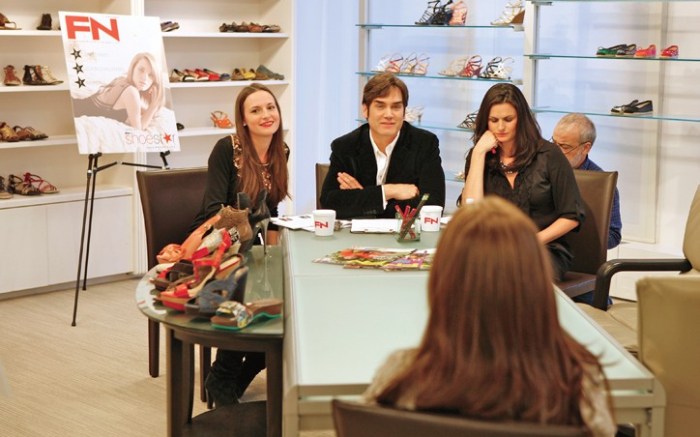 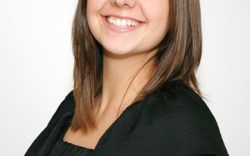 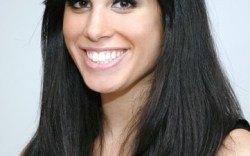 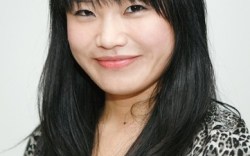 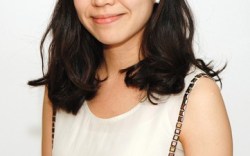 NEW YORK — Let’s get it started.

Fergie launched the new season of FN Shoe Star with a bang in last Monday’s premiere and viewers also got their first look into the pressure-filled auditions. Today, they will see more auditions action in the second webisode, airing on FNshoestar.com.

Nerves were running high when the 12 Fashion Institute of Technology students arrived at the auditions late last fall.

The students were determined to stand out, but it wasn’t easy. “Everyone’s shoes are creative in their own way,” said Brittany Buttelwerth, one of the contest hopefuls. “But if they don’t go there and bring it in that interview room, maybe they won’t make it.”

The candidates had two minutes to present their work, which included a sample shoe, a digital sketch and a hand sketch. The hard part came next: The trio fired off random questions to each applicant, and some were stumped by queries such as “If you could design a shoe for anyone, who would it be?”

There were also some surprising revelations about design inspirations. For example, LaQuonia Hines said she took cues from World War II aircraft when creating her shoe, and was targeting it to people going to clubs, which left the judges somewhat perplexed.

In the end, there was a lot to consider, and the applicants walked away feeling uncertain about their future chances.

The wait will soon be over. Their fate will be revealed tomorrow at FIT — and viewers will meet the six contestants in the Feb. 7 webisode.

Here, the 12 finalists (listed in alphabetical order) weigh in on their contest aspirations and design style.

1. Brittany Buttelwerth
Why she entered: “It’s an amazing opportunity for me to excel and grow as a designer, and it offers an unbelievable amount of experience and exposure.”

On her design aesthetic: “I tend to be very versatile, and the same [philosophy] goes into my designs. I love to design footwear for both the street and the runway.”

What the judges said: While she stumbled with a few of her answers, “she really thought about things,” Young said. “It was clear why she was doing certain shoes.”

2. Christina Campagnoli
Why she entered: “Getting to compete would challenge me as a designer and a problem solver. It would also be an amazing experience to present [my ideas] and get feedback.”

On her design style: “[It’s] defined by classic silhouettes with edgy details. I like mixing vintage and modern style tastefully.”

What the judges said: They thought Campagnoli’s sample boot was well made, but were concerned about the lack of attention to her sketches. “She admitted [they weren’t] good enough,” Atmore said.

3. Songhee Chae
Why she entered: “It would be a great opportunity as a senior student. Throughout my years at FIT, I have proven that I have excellent drawing skills, coupled with creativity.”

On her sample shoe: “I was inspired by the Brooklyn Bridge and the lights hanging from the cables. My style is both feminine and tough.”

What the judges said: “I thought her sketch was far better than her finished shoe,” Atmore said.

4. Hyojin Choi
Why she entered: “I have a passion for thinking about new ideas and styles in terms of material and design. I want to show my ability to Brown Shoe, and to the public.”

On her sample shoe: “I wanted to use all black, but it’s not boring. I used different kind of materials.”

What the judges said: “She really thinks out of the box,” Popp said. Young added: “Her ideas are great, but her presentation skills needed a lot of work.”

5. Matthew Ciszek
Why he entered: “It will give me access to opportunities that would not otherwise be available to me. And competition is always fun and exciting.”

On his design style: “I mostly design men’s shoes. My aesthetic is very classic and simply elegant. Linear is beautiful to me. I like organization and logic in my design.”

What the judges said: While the judges praised Ciszek’s vision and determination, Atmore thought he played it “pretty safe.”

6. Rachel Fishbein
Why she entered: “How can you pass something like this up? Getting positive or negative feedback is exactly what a designer needs before entering the real world.”

On her sample shoe: “My inspiration was to take vintage fashion and bring it into today’s [world]. I wanted to create it for someone who’s 30 to 40, who’s creative and stylish.”

What the judges said: “She has a big leg up. She has a mother who’s a designer and she grew up in that world,” Popp said. “But I was confused [that she narrowed her shoe] to an age group.”

7. Keena Fleming
Why she entered: “It will be a huge opportunity for me to get my work out there and be seen. I have a lot to offer, but I am still a student and willing to learn as much as possible.”

On her sample shoe: “I am really into handcrafted designs, so I have this shoe half painted, with acrylic paint on the sides and eyelets. I like mixing very organic and natural design with more modern and architectural looks.”

What the judges said: Atmore said the simple black-and-white shoe was a “disappointment compared to the eye-catching and intricate sketches.”

8. LaQuonia Hines
Why she entered: “I remember the first season of Shoe Star. I said that if the opportunity were available again, I would pursue it. I am pursuing a dream.”

On her sample shoe: “My inspiration was World War II aircrafts. I wanted to make the shoe marketable to people going to clubs and dancing.”

What the judges said: “Do you think there are a lot of people in clubs who are into World War II aircraft?” Atmore quipped. Still, she “owned it,” Popp said. “And she knew her strengths.”

9. Alexandria June
Why she entered: “I wanted to participate in Shoe Star since I saw the first round of students picked two years ago. I religiously watched each webisode with thoughts of ‘I’m going to be there one day.’ ”

On her design aesthetic: “I come from an athletic footwear design background and I’ve always played with the sporty lines. I’m also drawn to color, and I’m not afraid to use it.”

What the judges said: “The high-heel sketch was pretty cool,” Popp said. Atmore added: “It’s kind of unfortunate she didn’t make that shoe. That would have been a better choice.”

10. Maggie Kervick
Why she entered: “I am the next Shoe Star because I am the fiercest competitor entering this competition. I have strong attention to detail and low tolerance for mediocrity.”

On her strategy: “I put most of my effort into my sketching because I thought that’s what I would do as a Brown employee.”

What the judges said: “I was really disappointed in the sample,” Young said. Popp agreed, but added, “She worked extra hard on the sketches, and she did three more than everyone else.”

11. Nicole Marinelli
Why she entered: “It’s an opportunity to learn and perform in a totally immersed environment.”

On her sample shoe: Marinelli tapped into her ballet roots when she went to design her shoe. “I understand the need for comfort,” she said.

What the judges said: Young praised the student’s attention to fit and function. “It looked like a real shoe,” Popp added. But all three were stumped when Marinelli compared her love for animals to shoe design.

12. Shannon Ramiza
Why she entered: “I love shoes. I design them. I work in a shoe store. I have shoes as tattoos. I think I wake up and sketch a shoe every single day.”

On her sample shoe: “I admire [the late] Alexander McQueen. He is unique. My design is after him, slightly, because he does a lot of work with skeletons and skulls.”

What the judges said: The trio called Ramiza’s shoe “funky,” to which she responded, “It may be funky, but funky’s not scary, it’s different.” But they wanted to see more. “I didn’t really get a sense of her aesthetic beyond that one boot,” Atmore said.