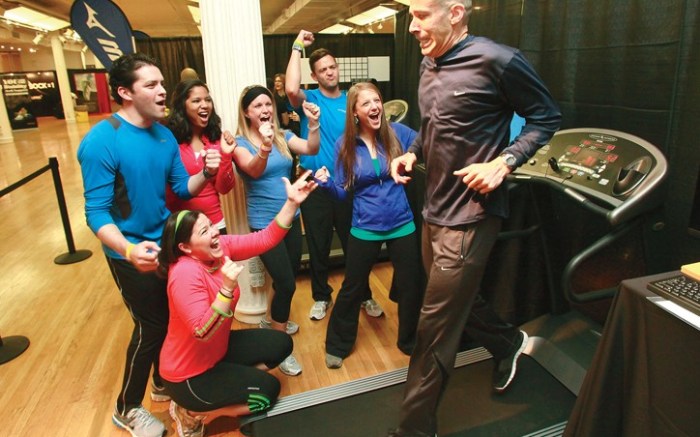 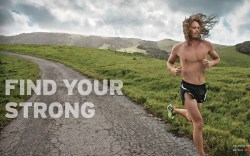 Hare Raising
Jack Rabbit Sports is ready to run. The brand’s latest campaign, “Run for the Rabbit,” features six New York athletes (selected through an application process) as they prepare for the Hamptons Marathon in September and do some good along the way. The first commercial, which introduced the group, coincided with the NYC Running Show last month, and a new spot will air about every four to six weeks on major networks including the Discovery Channel, PBS and the Food Network. “It’s like we’re creating a show out of these commercials. It’s going to be a story that evolves over time,” said Jack Rabbit owner Lee Silverman. During the training process, the runners will raise money for individual charities and host events throughout the city. Consumers can follow their progress up until race day at Jackrabbitsports.com, as well as on Facebook and Twitter. Ultimately, Silverman hopes the campaign will raise both money and brand awareness. “If we do this right, we can raise in the six figures for these charities,” said Silverman. “We’re getting great exposure for [the stores] and for these runners, so it’s a win all around.”

Strength in Numbers
Saucony is treading new ground. The Lexington, Mass.-based brand launched its first national television ad last month and has been pleased by the early response. “We’re receiving unbelievable feedback,” said chief marketing officer Chris Lindner. “We’ve had people watch and say, ‘I’m up for that hill workout,’ and that’s what we’re working for, to tap the emotional connection [consumers] have with running.” The commercial, which is part of the brand’s “Find Your Strong” campaign and features runners on trails, tracks and playing fields, will air throughout this month. Meanwhile, a digital component invites users to share their personal “strong” stories at Saucony.com. National retailers also will feature in-store signage, and print ads will continue to run in major publications such as Runner’s World, Men’s Health and ESPN Rise. Overall, Lindner said, the campaign is meant to reach both new and returning customers. “Loyal Saucony followers will feel re-energized, and people new to the sport will learn about our brand and be inspired by the slogan,” he said. “We hope it will continue to drive the brand at retail.” The campaign will appear throughout the year, with new initiatives debuting for fall.

Music Note
Karen Elson is hitting a high note as the face of Nine West’s Vintage America campaign. The ads, which are slated to launch in September, will feature the model and musician and incorporate her “love of 1930s cabaret and magical fantasy,” according to Stacy Lastrina, chief marketing officer for parent company The Jones Group. The brand also will collaborate with Elson on a line of footwear, handbags and accessories that represents her music. The collection is set to hit stores in early September. “We believe Karen reinforces the brand’s ongoing commitment to permeate today’s cultural niches, while at the same time creating authentic and innovative product inspired by the world of music, art, design, pop culture and more,” said Lastrina. The campaign will debut in print publications such as Paper, Vogue and Elle, and will be showcased on Taxi TV. Digital will also play a large role for the campaign, with ad placements on blogs, social networking sites, livestreams and iPad magazine apps. “The content creation around this partnership is being taken to a new level with Karen,” said Lastrina.