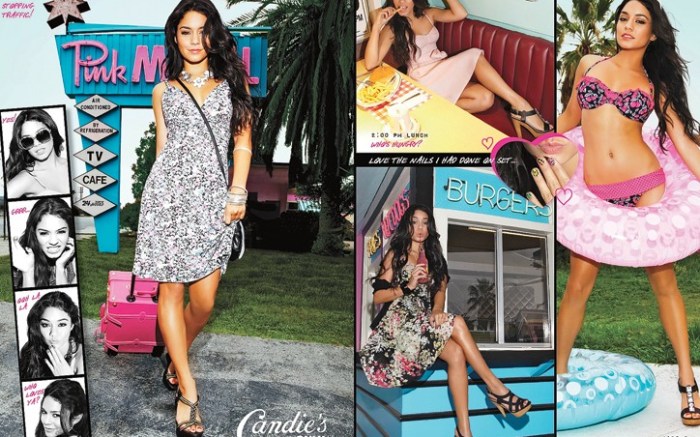 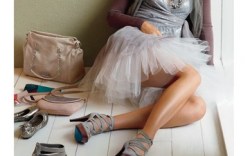 Face Lift
When Candie’s was ready to unveil the new look for its spring campaign, the brand turned to Twitter to break the news. Late last month, former Candie’s girl Britney Spears tweeted “look out for pics of the new girl.” Enter the latest spokeswoman, Vanessa Hudgens, who responded on Candie’s Twitter feed with “[Britney,] you’re a tough act to follow, but I’m really excited to be the new Candie’s girl.” Announcing a campaign on a social media site was a first for Iconix Brand Group, Candie’s parent company. “We knew when we were making the transition, we had to include Britney in the process to make it fun and exciting,” said chief marketing officer Dari Marder. “After two years, we didn’t want to be predictable. It’s a nice time to make the shift.” And there’s a lot of buzz surrounding the new star, added Marder. Hudgens has two movies coming out this spring, including “Beastly,” whose premiere Candie’s will sponsor. “Britney certainly made a lot of noise for us, but Vanessa brings in the younger [consumer] who has grown up with her,” said Marder. “She will attract a new face to the brand, but moms [also] know and trust her because of the ‘High School Musical’ franchise.” The campaign was shot in Sun Valley, Calif., at the Pink Motel, and Hudgens is featured in a variety of poses, including having a pillow fight in a motel room. Slated to launch in March, the ads will appear on billboards, online, in fashion magazines and on in-store graphics at Kohl’s department stores, where the line is exclusively sold.

Rock Star
John Varvatos continues to tap into the music scene. The designer’s spring advertisements, which launch this month in print magazines, will feature Dave Matthews as a “One-Man Band.” “All our campaigns are about iconic artists,” said Varvatos. “Dave has been a pioneer in the industry and has an enormous talent for creating music that is almost a lifestyle in itself.” The ads incorporate vintage instruments, as well as carnivals and street performers, and the scenes were shot in the streets of New York by photographer Danny Clinch. And according to Varvatos, Matthews’ large fan base will help draw attention to the ads — and his label. “To say Dave has a massive following is an understatement.” Matthews joins a large roster of musicians featured in the brand’s campaigns, including Velvet Revolver, Franz Ferdinand, Cheap Trick and ZZ Top.

Art Show
For its spring ’11 campaign, Cole Haan is showcasing a mixture of talent, including athletes, songwriters and designers. Featuring tennis player and longtime design collaborator Maria Sharapova, as well as songwriter and producer Theophilus London and the founders of design studio Bureau V, the ads aim to represent a variety of cultural touchpoints. “Our consumers are actively engaged individuals who are passionate about work, play and life,” said media director Joe Andrews. “They are involved in the arts, fashion, business and culture and share our appreciation for innovation and creativity.” Digital, direct-mail, in-store visuals and magazine print images will all launch later this month.