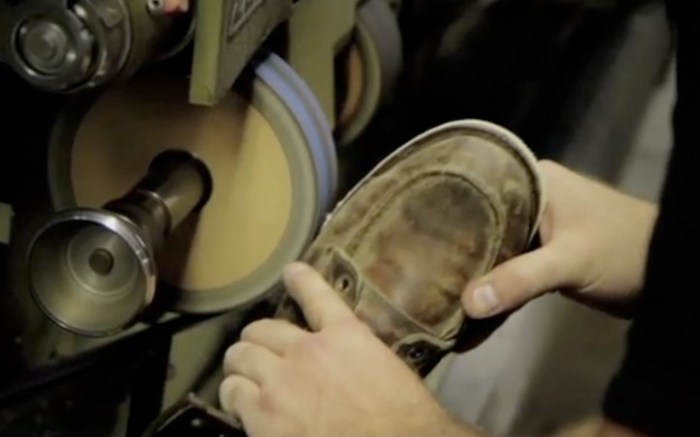 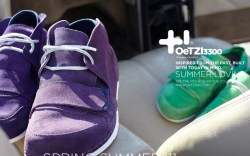 Wing Span
The Red Wing Shoe Company is giving viewers an inside look. The brand launched four behind-the-scenes videos with agency partner Brew Creative, as part of a series filmed in Red Wing, Minnesota. Technicians are seen creating the looks — from step one to the final product. Within the first few days online the first video, “The Factory,” which gives viewers a look at employees working by hand using specialized equipment, received over 25,000 views. The final video, “Hallet Docks,” will be unveiled on Wednesday, with a look at the transit of raw materials across the Great Lakes to the factory where they will be used. “We are very excited with the results of this new creative,” said Peter Engel, director of marketing communications. “Our retail partners and dealers are very pleased to have new tools that tell the Red Wing story in a creative, authentic way to their customers.”

Young Love
Malibu, Calif.-based brand OeTZI3300, which launched two years ago, is also testing the waters in film production. The young sneaker company launched a short video last month, titled “Summer Lovin” to introduce its spring and summer collections. “So far we have received awesome feedback from our fans and distributors,” said founder and Creative Director Ludovic Malmous. “They loved the indirect approach we took to exposing our product.” The flick, which was directed by Stephen Buckley, features animal-like character Oetzi the Iceman and tells the story of a summer romance. Overall, Malmous views the project as a lighthearted approach to advertising and said he thinks it will attract customers. “We use our creative hats and have fun with the consumer,” he said. “Introducing a romantic short film creates an emotional connection that most of us relate to.” The video is featured on the brand’s website, Oetzi3300.com.