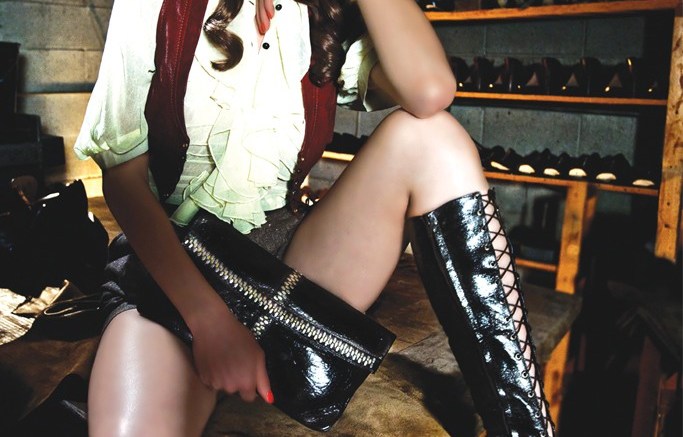 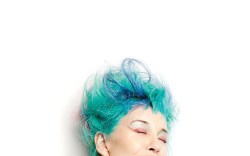 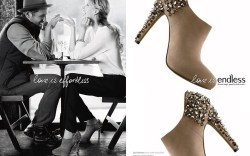 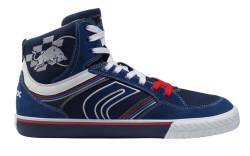 Girl Power
Calleen Cordero isn’t afraid to flaunt it in her new campaign, which touts her made-in-Los Angeles footwear collection. “Being the independent woman and artisan I am, I want my campaign to evoke and empower women that ‘we can do it,’” said Cordero, designer and CEO of her eponymous firm. Today, the brand will unveil the campaign at its flagship store in Los Angeles, and starting in November, the ads will run in both national and regional magazines. And Cordero ultimately hopes the ads will help customers better understand the brand’s craft. “Consumers will get a sense of the manufacturing process and appreciate the artisanship [of the brand],” she said.

Music Moves
Bananarama is making a comeback with Jerome C. Rousseau. The designer tapped the band’s founding member, Siobhan Fahey, to star in his fall campaign. “It’s somewhat an unexpected combination and it has positively surprised our customers and fans,” the designer said. “Siobhan brings fabulous memories to those who grew up with her music and style, and she’s definitely an icon to those who are discovering her just now.” The ads will run on Jeromerousseau.com throughout the season, and the designer is working with retailers to promote the collection using the campaign.

Endless Love
Endless.com is spreading the love. This month, the online retailer launched its largest campaign to date featuring models Anne V and Albert Reed. The campaign uses phrases such as “Love is effortless” and “Love is limitless,” alongside the core “Love is Endless” tagline. “We are seeking to create an experience of fashion authority built on the emotional connection you feel when you find the perfect shoe, bag or accessory,” said President Shelley Salomon. “These ads serve as ‘store-front windows,’ enticing prospective shoppers.” Shot by photographer Carter Smith, the campaign debuted on TV last week and will continue running on taxi-cab screens through the end of the month. Print ads will be unveiled in the November issues of Elle, Glamour and Harper’s Bazaar. And overall, Salomon anticipates the campaign will help with the website’s repositioning effort. “We are in the process of evolving the brand image for Endless and continuing to [market] the site as a more engaging, authoritative fashion destination.”

Racing Stripes
Geox will be racing with the Red Bull team for an additional two years, through 2013. As part of its agreement, the brand will supply the drivers with footwear featuring a Geox Net System sole, and an updated logo will be featured on the team uniforms starting in 2012. To keep the momentum going, racing’s World Champion, Sebastian Vettel, will appear in a television campaign later this season for the Geox Amphibiox collection. Also, starting in March, the updated Geox and Red Bull racing collection for men and children will hit Geox stores worldwide.