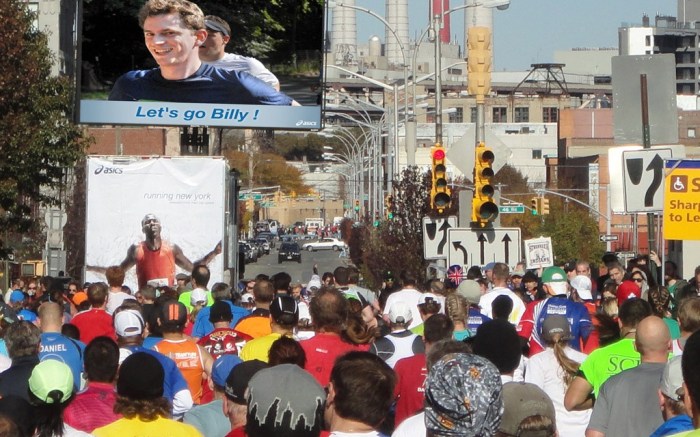 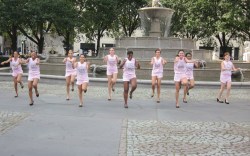 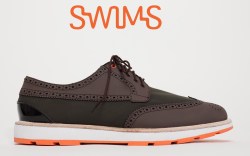 Race Day
Asics will amp up its social media presence for the New York City Marathon next month. The company is expanding its “Support Your Marathoner” program with several additions including the “Share Your Glory” app on Facebook. As part of this feature, runners can update their pages as they go, by pre-setting messages at the 9-, 13- and 22-mile marks. In addition, family and friends will have the opportunity to create video messages that are delivered on screens along the course for the runners. And this year a new website, Supportyourmarathoner.com, which went live last week, allows participants to keep a gallery of messages, videos and pictures from supporters.

Easy Going
Easy Spirit, owned by The Jones Group Inc., put on its dancing shoes for a fall campaign featuring a flash mob dance scene in New York. Women wearing the Parnella pump danced to “Pump Up the Jam.” “We wanted to encourage people to stop, watch and talk about what was going on, and the most immediate way to do that was for us to take to the streets of New York,” said Amy Rapawy, SVP of marketing for the brand. In addition, the campaign includes online features and in-store signage to celebrate Easy Spirit’s newest style and its comfort factor. “It’s been great fun bringing back this nostalgic campaign for the brand,” said Rapawy. “So many people remember [the campaign that featured] women playing basketball in their Easy Spirit pumps, and this campaign is a modern take on that.”

Swimming Lessons
To celebrate its fall ’11 men’s collection, Swims released a humorous YouTube video that features two men wearing the shoes while in the restroom. The clip has been displayed at retail stores as well as on the company blog and Facebook page. “The video illustrates the concept of water resistance, but in an unexpected and maybe controversial way,” said COO Hanne Bismo Steen. “Generally, the feedback we’ve received is that people think it’s quite amusing.” Steen also added that “Scandinavian humor” also will be incorporated in future viral ads.