Made in America Back in Vogue 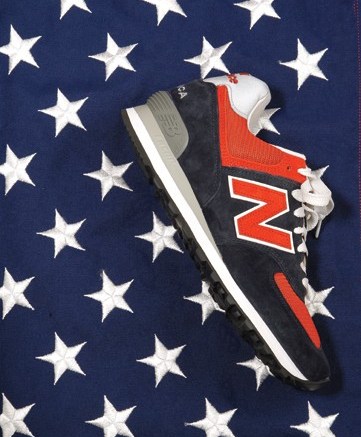 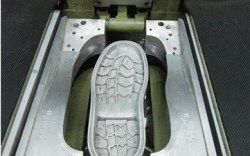 Staying close to home can be very appealing. Skyrocketing costs in Asia and always-increasing product lead times have spurred American companies to take another look at making products in the States — or at least nearby.

Big companies such as Timberland and Wolverine World Wide Inc. have added capacity to their facilities in the Western Hemisphere. Established domestic player New Balance is drawing more attention to made-in-America with a new customization program that leverages its New England factories. And smaller brands are getting in on the action, too: Portland, Ore.-based Keen opened a factory last October in its hometown, and Vere, a fledgling sandal brand shipping its first line next month, set up operations in Geneva, N.Y., last year.

While domestic sourcing is still a tiny portion of the total manufacturing pie, execs said the new interest is about being closer, getting goods faster and, since most manufacturing operations in the U.S. and Caribbean are company-owned, having more control over the finished product. And with inflation in China at an all-time high, shoemakers are finding that costs can be comparable, too.

“In China, labor rates have shot up, and [the country’s] own domestic market is heating up, so factories have focused on that domestic, higher-margin business,” said Nate Herman, VP of international trade at the American Apparel & Footwear Association. “When you couple that with higher material costs — leather has almost doubled in the past year — people are desperately looking for other markets in Asia and [elsewhere]. [In this hemisphere], you have the speed to market and proximity, [which is helpful] for certain types of footwear. That has made coming back more attractive.”

Herman said that after more than 30 years of steady, steep declines, the amount of footwear being made in the U.S. started to stabilize in 2009. And while the percentage is still very small — of the 2 billion pairs of footwear sold in the U.S., he estimated only 1 percent is manufactured here — there is potential for growth.

Count Keen as one of the new guard.

Employing 17 people, the outdoor brand’s new 15,000-sq.-ft. factory in Portland creates three boot styles and plans to add two more shoe collections this summer. The factory has produced more than 20,000 pairs since opening, and Keen is projecting it could make 1.5 million pairs a year in the future.

“It’s not about flying the flag, it’s not about bringing Bruce Springsteen in and saying ‘let’s rock ’n’ roll here.’ [I mean], it’s OK to do that. We’re proud about that. But as a young company, we say, ‘why not get closer to home?’” said Keen President and CEO James Curleigh. “Seventy percent of our business is in the domestic market. Transportation gets reduced, we have access to our material base, we control our manufacturing, we control our quality and we control our proprietary patent technology.”

Timberland and Wolverine World Wide are also taking more interest in close-to-home manufacturing, citing speed-to-market advantages as one of the main attractions.

Timberland announced earlier this year that it would open a factory on Haiti’s eastern border, near the Dominican Republic. The facility will employ a workforce of 30 to 40 people, and could eventually employ as many as 300 to 400.

“It will help us build our manufacturing capacity in a region that’s closer to our major markets. The abundant, motivated workforce is pretty attractive, too,” Timberland CEO Jeffrey Swartz wrote in a blog post on the company’s website. “If the goal is to expand our manufacturing capacity in a manner and a location that makes economic and logistical sense, Haiti looks pretty good.”

Mike McBreen, head of global sourcing for Rockford, Mich.-based Wolverine, said his firm’s Dominican operations were one of the first things to pique his interest when he joined the firm in 2008, and Wolverine has been adding lines and production there since.

Three Dominican factories created 2.8 million pairs last year for the Sebago and Wolverine lines, among others, and McBreen said the turnaround for product made there is “as little as 25 days from order to delivery.”

Vere co-founder John Eades credits that kind of response time for his brand’s success in attracting accounts — so far, 50 have signed up for the launch. After the first delivery, he said, any replenishment orders can be on store shelves in as little as two days.

“Our ability to have at-once inventory has been our single biggest advantage,” he said.

New Balance is taking speed-to-market a step further by going straight to the consumer. In April, the athletic giant, which operates five factories in the Northeast, launched its “Custom US574” microsite, allowing consumers to create their own version of the company’s iconic running style. Customers’ orders arrive on their doorstep in four to eight days — not weeks. The firm is now considering expanding the customization program to retailers, which would provide an edge as it grows its lifestyle presence.

John Wilson, EVP of manufacturing for New Balance, said the new initiatives are possible because of the company’s “lean manufacturing” process, which allows it to cut and pack a shoe in two hours.

“The more automated you are, the more competitive you are,” said Joseph Bichai, VP of manufacturing for Montreal-based bootmaker Kamik, which has 120,000 square feet of North American manufacturing space in three factories, in Montreal; New Hamburg, Ontario; and Littleton, N.H.

“If I have to compete with factories where the labor costs are 20 times lower than ours, I better be 20 times more competitive and productive,” Bichai said.

The cost equation is a huge factor for firms ramping up operations close to home. “We knew the Dominican [operation] was going to be a strategic advantage in speed-to-market,” Wolverine’s McBreen said. “But we didn’t know inflation in Asia would go as fast as it did.”

McBreen said his firm uses a very specific cost formula to determine where it manufactures each style. For example, with handsewn product, the Dominican Republic made the most economic sense, he said. “We look at every single pair to ask, ‘Is it cost advantageous?’” he said. (All told, 10 percent of the 50 million pairs Wolverine produced last year came from the Dominican Republic and Michigan.)

Cost efficiency is a big factor for Vere, too. The new company is focusing on styles with woven uppers, which are usually slapped with high import duties. But because Vere manufactures here, the company avoids those tariffs altogether.

So even with the higher U.S. production costs factored in, Eades said his firm can maintain retail prices of $25 to $50, in line with the high-end, China-made sandal brands it is competing against.

“Without that duty, we’re way off,” Eades said. “But if it’s 38 percent cheaper [without the duty], we’re pretty damn close to even.”