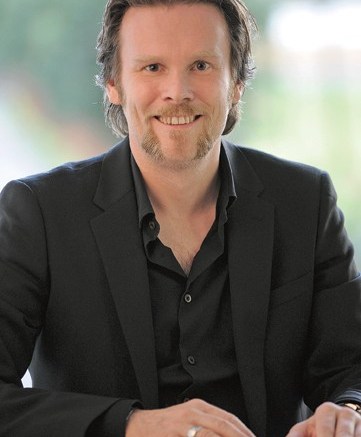 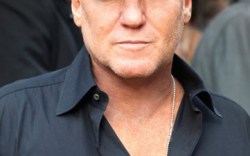 NEW YORK — Footwear firms are clearly in a buying mood.

Five acquisitions, including Labelux Group’s marriage with Jimmy Choo, Steve Madden’s Topline and Cejon buys, Deckers’ deal with Sanuk and Fila Korea’s golf acquisitions, were concluded in the last two weeks alone, and the activity is set to ramp up in the months ahead, said experts.

“The environment now is right in every respect,” said Jeff Van Sinderen, analyst at B. Riley & Co. “The valuation multiples aren’t that high and firms have so much cash they have to put to work. Even if you have to take on debt to fund an acquisition, borrowing costs are still cheap.”

The overall strength of the footwear market is giving many players the confidence to make moves on the mergers-and-acquisitions front.

“It’s easier to be bullish about acquisitions when you’re forecasting solid organic growth for your existing portfolio of brands,” said Don Grimes, SVP and CFO at Wolverine World Wide Inc., which continues to set aside cash to fund potential acquisitions. “Certainly an improved credit market and the availability of capital have played a role as well.”

The luxury sector has seen the most money change hands recently, after Labelux snapped up Jimmy Choo from TowerBrook Capital Partners in a deal estimated at about 500 million pounds, or $806 million at current exchange.

“We want to extend further and build a sizeable luxury group,” Mieck said. “But the key is to take our time. We’re not in a hurry.”

Luxury giants PPR and LVMH Moët Hennessy Louis Vuitton have also been on the move, acquiring Volcom and Bulgari, respectively, in the last few months.

“Clearly, activities [in the high-end market] are resuming after almost 10 years of drought,” said Citi Investment luxury analyst Thomas Chauvet, who added “the pie is growing because wealth is growing, especially in Asia.”

But deals aren’t limited to the higher end.

“We are going to see deals done across the different categories in our industry,” said Tom Florsheim, chairman and CEO of Weyco Group Inc., which recently added the Umi and Bogs/Rafters brands. “There has been a lot of consolidation on the retail side over the last 10 years. With fewer retailers to sell at the different levels of trade, it makes sense that we will see consolidation on the branded wholesale side of the market.”

Susquehanna Financial analyst Christopher Svezia said much of the action will center around public companies acquiring smaller brands. “That’s what we’ve seen and that’s what we should expect will continue,” he said.

For example, Iconix Brand Group Inc., which has been very active on the M&A circuit, last week was nearing a $90 million deal with JA Apparel Corp. for the Joseph Abboud and Joe by Joseph Abboud brands.

And Steven Madden Ltd., with the ink barely dry on its $55 million purchase of The Topline Corp., signed away another $30 million three days later to buy Cejon Inc. Founder Steve Madden told FN last week, “We’ve got a few deals on the table.” And Chairman and CEO Edward Rosenfeld added, “At this point, we certainly have the wherewithal to purchase something considerably bigger, but we like the size [of the Topline deal].”

“We’re looking for companies in the $30 million-to-$50 million sales volume range, and there are a lot of great companies out there [that fit the bill].” Regardless of the size, he added, “[the companies] have to be well-run and operated. We’re not interested in a fixer-upper or a distressed asset.”

Indeed, Morningstar Inc. analyst Paul Swinand said the best deals are the ones that make strategic sense and create long-term value. “I don’t know that there are many blockbuster deals out there. You’ll see smaller deals happen, something that won’t make or break the business, but fills a sector or geography where the parent company is weak,” he added.

When Deckers Outdoor Corp. acquired Sanuk, the firm’s president, chairman and CEO, Angel Martinez, said the brand was an attractive addition to the portfolio because “it’s an action-sports brand, it’s a surf brand, and we don’t really have strength in action sports and surf. This would be the lead brand for that entire channel of distribution.”

To diversify its portfolio, The Jones Group Inc. has been rapidly adding contemporary and accessible luxury labels. The firm also is on the prowl for overseas players.

Similarly, global expansion is top of mind for Bob Campbell, founder and CEO of BBC International. “We’re only interested in brands that can go international,” he said. “It’s got to go worldwide to work for us.”

Finally, the increasingly challenging sourcing situation in China is prompting more firms to partner up.

Madden said Topline, a privately held company based in Seattle, was attractive for the direct sourcing platform it owned in northern China, leading to better prices and potentially higher gross margins for the whole group.

“It’s much more difficult for smaller people to do business in China. You need volume to be profitable,” added Chinese Laundry CEO Bob Goldman, who also is looking for acquisitions.

Wolverine’s Grimes concluded, “My anticipation is that all categories of footwear will play in the expected M&A wave. The recent flurry of deal announcements should lead to even more activity.”