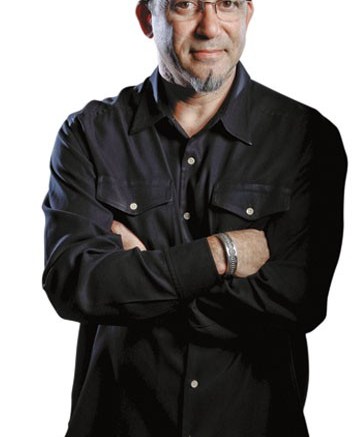 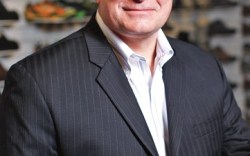 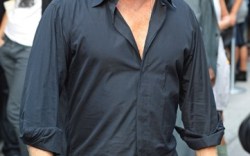 NEW YORK — Look for a lot more companies to get hitched this year.

At least four deals have been completed in the last few weeks, and many footwear firms that are capping their fiscal year with large cash piles on their balance sheets are on the hunt for buys, market watchers said.

“You have the usual suspects. Everyone from Foot Locker Inc. to Deckers Outdoor Corp. and VF Corp. have spoken openly about looking at acquisitions, [but] for some the drum beat gets a bit louder than others,” said Christopher Svezia, an analyst at Susquehanna Financial. “The potential is definitely out there, probably more so this year than in prior periods.”

According to Svezia, one company to watch is Wolverine World Wide Inc. because “it is always looking for small, tuck-in acquisitions.” And on the international front, JD Sports and JJB Sports — both British athletic retailers — “have stepped up conversations [about making buys] recently.”

Steven Madden Ltd. said it will make at least one acquisition in the footwear and accessories space in 2011, with company Chairman and CEO Ed Rosenfeld saying in a call with analysts last week that “we’d love to have another brand for the mid-tier or the mass channel.”

Referring to last year’s Betsey Johnson deal, B. Riley & Co analyst Jeff Van Sinderen observed that Madden is “really good at making acquisitions and paying less than market value.” He added that Madden would be eyeing deals “perhaps the size of Betsey Johnson,” which was about $50 million, although the firm paid nearly half of that since Johnson’s brand was in financial turmoil.

Steve Marotta, analyst at C.L. King & Associates, said, “It makes sense that companies will pursue opportunities to acquire new brands as avenues of growth this year because the industry is not growing from a square-footage standpoint [due to] a lack of [real estate for] new stores.

“Additionally, it’s been a year since the chatter started and with mostly positive year-end results being reported now, companies have the financial wherewithal to do these kinds of deals,” he said.

The activity is already on the rise. Brown Shoe Co. said its $145 million acquisition of American Sporting Goods earlier this month added “the critical element of performance athletic footwear to [Brown’s] comfort and fitness offerings.” The firm’s president and COO, Diane Sullivan, also noted that ASG’s financial performance would help boost Brown’s operating margin into the double digits over the next couple of years. (For more, see page 8.)

A few days before the Brown deal, Castanea Partners bought a majority stake in Donald J Pliner and has plans to ramp up store expansion and e-commerce for the line, as well as branding and advertising efforts. Meanwhile, Auri Footwear announced last week it will go public as Auri Inc. and trade on the OTC Bulletin Board after a reverse-takeover by Wellstone Filter Sciences Inc. for an undisclosed sum. And R.G. Barry Corp. last month bought Foot Petals LLC for $14 million in cash.

Now, all eyes are on future deals, and time is of the essence, according to analysts.

Svezia observed that it would be better for firms planning an acquisition to actually do so in the first half of the year because the Federal Reserve Board is expected to soon raise the discount rate to 0.75 percent from the current 0.5 percent.

“The cost of capital in terms of financing will start to increase if interest rates really accelerate later in the year. If the Fed starts tightening, it won’t be as advantageous as we get into the back half,” explained Svezia.

Moreover, said Van Sinderen, “a lot of stocks have been coming down in the last six weeks, which means valuations are lower now and it’s easier to justify making acquisitions.”

But Citigroup analyst Kate McShane said companies may still be hesitant to use a lot of cash because the market remains volatile.

“It’s been a rough couple of years with the recession, and companies like a safety net. There are still a lot of questions around consumer confidence. We’re in uncharted territory here,” said McShane.

As such, transactions over $100 million, such as Brown Shoe’s, are not expected to be the norm.

“The memories of 2008 are still fresh and nobody wants to be cash poor, so doing a deal that risks your balance sheet doesn’t show a lot of foresight,” said Marotta.

And even if companies performed well last year, 2011 poses new operational challenges that could switch their focus from allocating capital expenditures to maintaining profit margins.

“I would imagine lots of things are being figured out right now, like pricing strategy and supply chain efficiency. Apparel and footwear have been in a deflationary environment for so long that these companies are figuring out how to navigate through rising supply and labor costs,” McShane added.

Enter private equity firms, which built up a lot of cash during the recession that they must spend to buy businesses or else give back to investors. They, too, are on the prowl for leveraged buyouts.

With funds like TPG Capital in the middle of a deal to acquire J. Crew Group Inc. for $3 billion, and Bain Capital having acquired children’s retailer Gymboree for $1.8 billion last November, the market is clearly looking for what’s next, said analysts.

“People don’t want to be short-stocked, and they like to have [diverse] portfolios,” said McShane. “There are hundreds of millions of dollars on the sidelines for private equity’s use, so it feels like [there could be activity] more on the [leveraged buyout] side than the strategic side.”