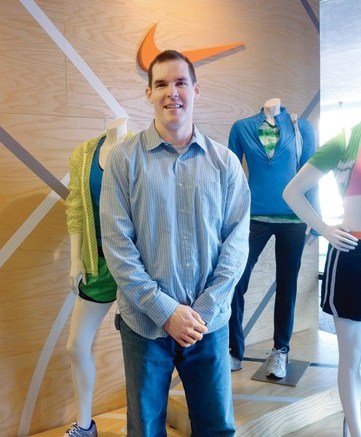 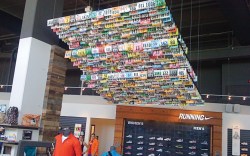 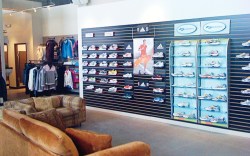 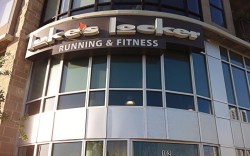 Luke’s Locker has always been about the runner.

Co-founder Don Lucas inadvertently got into footwear when he bought some Blue Ribbon Sports (now Nike) sneakers more than 35 years ago. Soon after placing several orders for the coveted kicks for his friends, he was selling the shoes out of his home to runners unable to find the product anywhere else. He eventually opened his first store in Dallas during the late 1970s.

“We grew up in this business. Over time, it became second nature to us,” Matt Lucas said of himself and his older brothers, who also hold executive positions in the company. “We all went through various jobs, starting from the lowest level in the store, and learned all the different parts of the business.”

Since 1999, the athletic retailer has quadrupled sales and expanded to nine doors despite a rough economy. “We’ve been very fortunate throughout [the recession] to not only be able to maintain our general business but also add stores,” Lucas said. “Our customer base has grown, and it’s a reflection of the running and fitness markets.”

Luke’s latest location, a 10,000-sq.-ft. shop in Austin, Texas, opened last fall. And though it hopes to continue to expand, the retailer isn’t leaving the Lone Star State anytime soon. “We’re very committed to growing in Texas, and that’s where we see our growth for the foreseeable future,” Lucas said.

The Right Mix
Luke’s carries a combination of recognized running brands, such as Nike, Asics, Brooks, Adidas, Mizuno, Saucony and New Balance, as well as emerging labels including Newton, Karhu and Zoot, at price points ranging from $80 to $200. But lately, Lucas said, the barefoot category has been driving business. “There’s definitely a trend in running toward more lightweight and flexible shoes,” he said. “People seem to want a shoe with a more simplified approach to design.”

Expansion Benefits
With its Austin location now open, the retailer is seeking to shake up some of its existing stores. Lucas said the company will relocate its Dallas flagship in June and renovate its second-highest-volume store, in Houston, later this year. Within the next 12 to 18 months, Luke’s also may pursue new doors, particularly in San Antonio.

Service Issues
Although Luke’s is larger than most independent retailers, it still faces competition from big-box retailers, such as Academy Sports & Outdoors and Dick’s Sporting Goods. To keep pace with the bigger players, Lucas said, the company focuses on educating sales associates on the technical aspects of products. “We spend an inordinate amount of time training our staff to handle a customer in a very high-service, personalized manner,” Lucas said. Luke’s supplements the cost of its internal sales training program through partnerships with vendors. “Brand representatives schedule meetings with each store manager to educate them about products, which are ongoing and numerous,” Lucas said.

Facing Challenges
Rising expenses and product prices have begun to cast a dark cloud over the entire industry, and Luke’s is bracing to feel the effects. “Price increases are definitely going to continue and probably become more prevalent over the next couple of years, from what we’re seeing,” Lucas said. “For our business, price increases are significant in terms of customers’ overall decision to make a purchase.” Although higher costs are inevitable, Lucas added he isn’t certain how deeply it will affect the company. “Hopefully, [prices] won’t be out of control or unmanageable,” he said.

Feedback
The retailer’s standing in the Texas community has been valuable to established and new brands, vendors said. “For a small independent brand like us, being distributed at [Luke’s Locker] really makes a big difference because of their reputation,” said Newton regional sales manager Tim McCulley. “A lot of smaller retailers look to them to see what’s working.”

Steve Greenwell, running specialty sales representative for Nike, added, “It’s a lot like working with family. They’ve built a strong shopping experience, which is why generations of families have been going to Luke’s.”

Luke’s employee training also helps differentiate the store from other retailers, said Mike Billish, Brooks’ western regional sales manager. “They set the expectations for their sales associates and team, which makes it easy to collaborate with them,” he said. “If you’re an employee there, you’re expected to know about the products and know about the consumer.”

The Austin Scene
Neighborhood vibe: The city of Austin’s downtown region, where the newest store is located, features Lady Bird Lake, a recreational area with trails that are a major attraction for local runners.
Customer base: The Market District — a high-traffic shopping area in downtown Austin — serves a local base of running enthusiasts, as well as college students.
Competition: Several running specialty stores, including Texas Running Co., RunTex and Rogue Running Equipment, are located near Luke’s Austin location. Sporting goods chain REI is also a mile away.