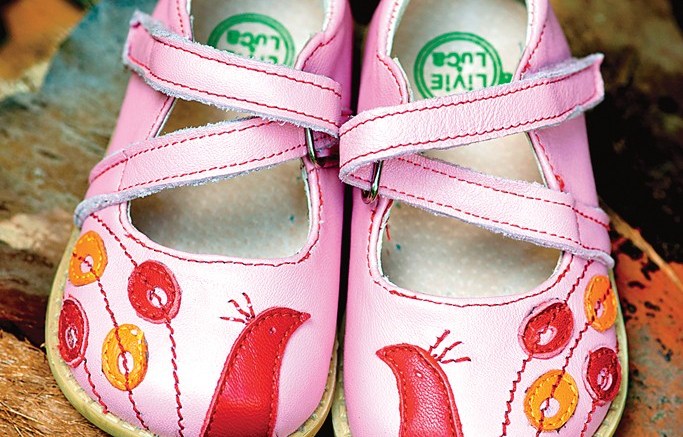 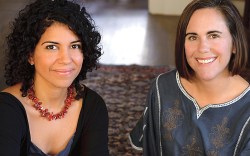 Livie & Luca is spreading its wings.

To reach new audiences, the independent children’s brand, founded in 2005 by friends Mitzi Rivas and Amie Garcia, has introduced women’s shoes and is growing its international business.

The women’s shoes, said Rivas, were born out of consumer requests. The line, launched this fall, features a selection of ballet flats, priced at $98, that borrows details and materials directly from the kids’ line.

“We wanted styles that complement our children’s shoes but that also are sophisticated and versatile,” Rivas said. For fall ’12, the brand plans to broaden the offering to include boots and a series of vintage-inspired styles.

Livie & Luca has so far sold the women’s shoes mainly into its existing kids’ accounts but will pursue distribution in women’s boutiques in the seasons ahead. “Obviously, we have many moms who are fans of our brand and our aesthetic,” Rivas said, “but we also think there is an opportunity to reach those younger women who do not yet have children and may not know us.”

In addition to debuting women’s, Livie & Luca is growing its Just Born collection of soft-sole baby shoes, which was introduced last fall. The line, priced around $36, offers smaller versions of the brand’s most popular kids’ styles, including the spats-inspired London boot and Pio Pio Mary Jane shoe. “The baby shoes have really caught fire, so we’re going to be expanding the offering, but in a very edited way. Not all our styles lend themselves to the baby category,” Rivas said, adding that the collection has broadened the brand’s retail distribution to include baby and gift boutiques.

International expansion also is a major focus for the San Francisco-based company. Through local distributors, Livie & Luca now sells its shoes in Australia, New Zealand, Canada and parts of Europe. It is set to launch in the Dominican Republic this spring, and Japan is a key target for the future. “We’re doing especially well in Europe, where there is an appreciation for brands like ours that use sustainable materials and production practices,” said Rivas.

Back home, Livie & Luca continues to see strong growth. In addition to operating its own e-commerce business, which accounts for nearly a third of total sales, the brand is sold by e-tailers including Zappos.com, Nordstrom.com and Endless.com. It also does a big business with independents, including apparel boutiques. “We really consider ourselves more of a lifestyle brand than a shoe brand,” Rivas explained. “In many of these stores, we’re not placed in the shoe section; we’re placed alongside specialty clothing lines such as Tea and Neige. Our shoes fit well in that world.”

In a kids’ footwear industry that has seen considerable consolidation in the past few years, Livie & Luca is one of only a handful of independent brands still remaining today, a fact that Rivas said is both a challenge and an opportunity. “It’s obviously tough going up against all these bigger companies,” she said, “but smaller lines like ours tend to stand out naturally.”

“Because it is such a small company, it does not have to cater to the masses or need to reach huge volumes before a design is given the go-ahead for production,” said Tamsin Carlson, co-owner of Los Angeles-based Wee Soles, which has carried the line since 2008. “They can create shoes that are unique and different and that find their own niche market.” Carlson said customers love the colorfulness and sophistication of Livie & Luca’s designs, which feature hand-finishes such as flower ornaments and appliqués of birds and other motifs.

Simply Soles, which has locations in Washington, D.C., and Oxon Hill, Md., picked up the Livie & Luca collection two years ago, and owner Kassie Rempel said the line has developed a fast following. “People see the shoes on our website and come into the store asking for them,” she said. “[Earlier in the year], we put them on sale as part of our Jubilee event, and customers were going crazy for them. We had women calling all week to see if we had more [shoes] we were hiding in the back.”

Rivas said that type of consumer reception motivates the company to continually innovate on the design front. “We want to be a fresh company that isn’t afraid to experiment with different materials and ways of shoemaking,” she said. “We work hard to create product that is unique and special, while also making sure we’re laying a strong foundation so we can be here to stay.”