Learning the Art of Bespoke 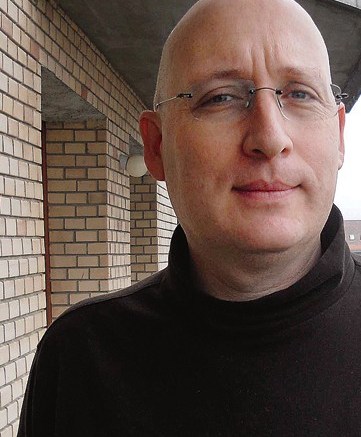 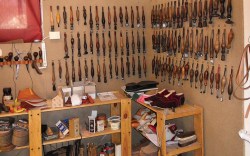 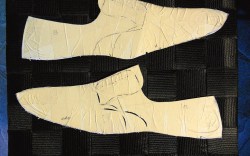 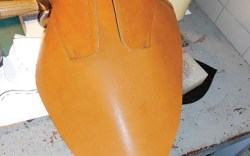 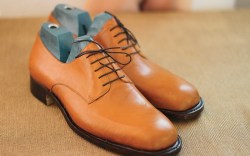 Ekhaus, a mathematician by trade, had never owned a pair of handmade shoes, but had always been intrigued by the workmanship that goes into them. So he boarded a plane for Budapest to enroll in a month-long shoemaking program with Hungarian Marcell Mrsan. “I rolled up my sleeves, and step-by-step, handcrafted two pairs of shoes — a one-piece balmoral and a derby [blucher] — all for a fee of $2,000,” said Ekhaus.

Mrsan, a sixth-generation craftsman and master shoemaker, owns bespoke company Koronya Handmade Shoes & Boots. He offers the shoemaking program to students from around the world at his workshop. “He represents a living tradition for the craft that still exists in Hungary today,” said Ekhaus. “Everything at Koronya is done with an attention to detail, from skiving leather to skillfully stitching soles to the uppers.”

And while Mrsan has a hands-on approach to teaching, he is assisted by a local apprentice, as well as a craftswoman who runs the sewing machine in the workshop.

Although Mrsan is recognized for his custom footwear, priced at about $2,500, he is preparing to launch a ready-made collection for $1,500 per pair. He expects to produce between 30 and 35 pairs a month.

Here, Ekhaus gives Footwear News a first-hand account of what it takes to become a master shoemaker.

Week One
“The first week covered the pre-requisites needed for making handmade shoes. Getting to know the basic shoemaking tools and how they function was essential. First, a razor-sharp knife is used for cutting and skiving, a process of tapering and feathering out the edge thickness of a piece of leather. We then practiced lasting the toe region. For the leather toe boxes — or toe puffs as Mrsan called them — we used Hirschkleber, a special brand of glue. Once it’s applied, there is a short period of time to last the toe or heel. I discovered it takes quite a bit of practice to get the leverage correct to ensure the leather stays tightly in place over the last. Mrsan, however, makes everything look effortless.”

Week Two
“We began learning about pattern-making and sewing the uppers. The method we used for patterning a shoe involved the last being covered with masking tape. The pattern is then drawn directly onto the last. The tape is carefully removed from the last and transferred to paper to develop a flat pattern. Of course, the process of transferring this way is not perfect, but it helps certain portions of the form be transferred correctly, such as the curve and height of the heel counter. My first pair of shoes will be one-piece bals using a glue construction. Mrsan teaches this first because he said it warms up students to other styles we can make later in the course.”

Week Three
“We patterned the shoes, cut them and watched as the uppers were sewn. With 40 years of experience behind her, Mrsan’s sewing machine operator makes her work seem easy. She painstakingly sewed two rows of stitches, perfectly aligned. She also taught us how to hand-fold the skived edges of the uppers to give the shoes the finished look. I also began to work on my second pair of shoes, an English-welted construction. I pre-lasted the shoes to make the final construction easier, because after the Hirschkleber glue is applied, not much time is left to finish all the steps. Including both preparation and construction, more than 200 steps are involved in handmaking shoes.”

Week Four
“This week, everything came together. The uppers are done, toe puffs and heel counters are skived, and the midsoles are prepared. Taking everything I’ve learned, I was then able to build the shoes: The final steps included lasting and seaming the welts to the uppers. The welting is attached with heavy cord using a double-needle harness stitch, locking each stitch with a twist. The heel foundation is then constructed, the soles are attached, again stitching with a double needle, and the heels are built up, one layer at a time.

In the four weeks I spent with Mrsan, he worked on a wide range of shoes: dress oxfords and boots, women’s stilettos and even a pair of elasticized shoes for his grandmother. Everything at Koronya is done with the utmost attention to detail. From design to completion, I learned that shortcuts detract from the finished product.

This course is not for the faint of heart, though. It requires a commitment of both time and money. But after this introduction, I know I still need a lot more practice. I would consider making a return trip to learn more about shoemaking.”