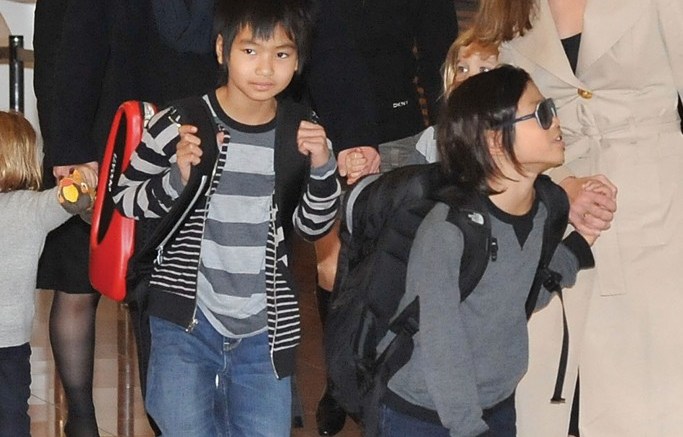 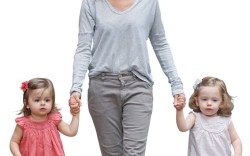 They are some of Hollywood’s biggest trendsetters, but you won’t find them on the party circuit or sitting front row at Fashion Week. Instead, they are hanging out at the local playground and getting ice cream with their parents.

Equally as stylish as their famous moms and dads, celebrity kids — including Suri Cruise, Kingston Rossdale, Maddox Jolie-Pitt and Honor Warren — have become fixtures in the tabloids and entertainment blogs, their every fashion move closely watched and discussed.

As that attention — and subsequent influence — grows, children’s footwear companies are increasingly turning to celebrity product placement to build buzz.

“There is huge opportunity for brands to garner exposure by having celebrity kids wear their shoes,” said Bonnie Fuller, president and editor-in-chief of Hollywoodlife.com and its spinoff, Hollybaby.com. “Everyday people aspire to be celebrities, and buying into the latest kids’ trends is just another way they can have a piece of stars’ lives. Celebrity kids are walking advertisements, just like their parents.”

According to Michelle Lee, editor-in-chief of celebrity glossy In Touch Weekly, what makes this type of product placement especially powerful within the kids’ market is that it resonates strongly with everyday moms, who regard these children as more-accessible and more-relatable extensions of their parents.

“A big part of these kids’ appeal is that they are unabashedly real: They make funny faces, they drop their ice cream, they cry,” she said. “[Adult] celebrities may be able to control other parts of their image, but when you see them with their kids, it brings them back down to earth. The public wants to see a more real side of stars, and kids provide a window into [their] lives behind closed doors.”

With the unprecedented media attention these children attract today, brands have found that getting their shoes on a Violet Affleck or a Harlow Madden can mean major publicity. It’s no surprise, then, that an entire industry has sprouted up around celebrity product placement, from gifting agencies to PR specialists.

Stride Rite works with California-based Jewels & Pinstripes, which creates gift packages and mails them to celebrities’ homes. A “bump bag” is sent when a celebrity announces her pregnancy, followed by a new baby package when the child arrives. Birthday bags are then sent every year until the child turns 5. Stride Rite is the exclusive footwear brand for Jewels & Pinstripes, which also provides apparel, hair ornaments and stroller accessories.

“This way, we know the shoes are in a bag with other great products that go straight to the celebrities’ homes. It’s much easier to control and manage,” said Malinda Freitas, brand marketing manager for Stride Rite. “And when we see one of our shoes in the press, we can trace it directly back to a specific package that was sent to a celebrity. We really see the results of our efforts.”

Although Umi in the past participated in gifting suites and other Hollywood events, the brand has discovered through experience that the best exposure comes from private relationships with its famous fans, who include Jennifer Garner and Jessica Alba.

“We’ve learned there is not a lot of good in [gifting events],” said Mark Kohlenberg, the label’s founder and president. “Oftentimes, these events do not attract the type of celebrity you are targeting. And there are so many layers between the brand and the celebrity that there is no guarantee they will even get the product or that their child will ever wear it.”

Native Shoes seeds merchandise to about 25 celebrity kids each season and has seen its colorful footwear show up on the feet of everyone from Maddox Jolie-Pitt to Ava Jackman. “We’ve never done any of the gifting events because we’ve had so much success feeding product directly,” said Shawna Olsten, the Canadian firm’s director of global marketing. “We’ve had a lot of pickups on the blogs, especially with our kids’ shoes.”

The brand garnered buzz this past summer when Tori Spelling was snapped walking her pet pig on a leash, with daughter Stella by her side, wearing a pair of Native kids’ shoes. “It was so unusual that the photo got a lot of attention,” said Olsten.

Often, she noted, the best press happens organically. For instance, in September, first daughter Sasha Obama was spotted in Native’s lemon-yellow Jefferson shoes as she boarded a helicopter to Camp David with her dad. “We obviously can’t send product to the Obamas, so it was just a matter of luck that Sasha chose our shoes,” said Olsten. “It’s the kind of placement you just can’t pay for. The pictures were picked up everywhere.”

When it comes to selecting what specific styles to send to celebrities, Stride Rite’s Freitas said it’s best to base it on the individual child’s personality and fashion sense, rather than on what a brand is looking to push at retail. “If [the kids] don’t like the shoes, they’re not going to wear them,” she said. For example, for Gwen Stefani’s son Kingston, whose style is on the edgier side, Stride Rite will choose bolder shoes, while simple, classic looks are pulled for Sarah Jessica Parker’s twin daughters, Tabitha and Marion.

Still, Freitas said that when possible the company does try to send the same shoes to several different kids, as it increases the likelihood of getting press coverage. “If you start to see multiple celebrity kids in a particular shoe or style of shoe, it becomes a trend, and then a magazine or blog might run something on it,” she said.

While it can be difficult to measure the direct sales impact that comes from gifting product to celebrities, brands said the benefits go beyond numbers. For Native, which launched in 2009, it’s been a way to get its name out.

From day one, Olsten said, the brand has recognized the significance of the kind of publicity high-profile fashion influencers generate. “People are incredibly interested in celebrities, and they voraciously follow the magazines and blogs. Being a new brand, you have to put yourself where the eyeballs are,” she said.

Umi’s Kohlenberg said he believes celebrity product placement even lends credibility to a brand. “People look at it differently than advertising, which has a very specific motive of getting people to buy into a brand or change their opinion. When consumers see a shoe on a celebrity, they believe there is style and quality there, that it’s OK for them to buy it,” he added. It also provides Umi’s retailers, who often display the celebrity images in their stores, with another talking point on the sales floor, he said.

For her part, In Touch Weekly’s Lee said there is no denying the tremendous influence of Tinseltown’s most stylish tots, citing as a prime example 10-year-old Maddox Jolie-Pitt, who shook up the once-staid boys’ market with his edgy, punk-rock style. “It sounds silly to say, but he’s had a major, lasting influence,” she said. “Celebrity kids absolutely set trends and drive sales. And whether everyday parents know it or not, all these [paparazzi] images stick in their consciousness when they are out shopping for their own kids.”