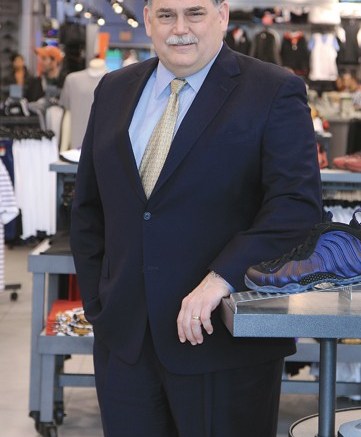 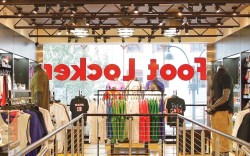 Ken Hicks has every reason to be feeling good.

The executive, who has been at the helm of Foot Locker Inc. for two years this month, has been reshaping the business with a bigger emphasis on running and apparel, and a ramped-up online presence. He also is capitalizing on the success of innovative store concepts such as its basketball-centric House of Hoops.

The strategy is paying off: The retailer blasted past earnings estimates in the first quarter, thanks in part to strong footwear comps. And it is expected to deliver more favorable results when it reports second-quarter earnings next week.

But Hicks isn’t feeling as bullish as you might expect.

“We feel that we are reasonably well positioned, even in a tough time, but you don’t always want to go into the wind,” he said. “You’d like to have some wind behind you at some point.”

While there could still be turbulence ahead, analysts said Foot Locker is clearly on the right track.

“It’s hard to argue with the results,” said Jonathon Grassi, an analyst with Longbow Research. “Ken’s done a nice job in turning around the merchandising in terms of what’s on the shelves and what’s not.”

Vendors also are upbeat about having Hicks at the helm.

“We’re thrilled that Ken Hicks is leading the Foot Locker charge and has assembled a fabulous team to go to the next level,” said Gene McCarthy, SVP of footwear at Under Armour. “The refreshing part of this relationship is that we’re not talking about shoes in stores, we’re talking about consumers.”

You’ve had some momentum in the past several quarters, but you sound cautious. Why is that?
KH: Well, we are pleased with the success we’ve had so far, but I don’t think there’s any question that we’re still in trying times. If you look at the economic news, [there’s] unemployment, which affects many of our customers. In Europe, you’ve got several countries that are going through some very [rough] times. And the housing starts are still down, so it’s questionable how far along we are in the recovery.

What issues in particular are affecting the Foot Locker customer?
KH: Youth unemployment bothers me. That’s a lot of our customers. And the mandates where people have to buy insurance when they don’t have it? The kids have done the math: “If I go to the doctor once every two years, it costs me a couple hundred bucks. I don’t need to pay $200, $300 a month for it.” But now, because of the mandate, they have to pay it. That money comes out of the money they would have spent on us. Things that take discretionary income out of the economy concern me.

How worried are you about price increases?
KH: We’ll feel more in the fall, and we’ll feel [still] more in the spring. Hopefully some of those costs will come down. We’ve had price deflation for 20 years. Now we have prices going up and it’s like, “Oh my god, how do I manage that?”

Are you concerned that higher prices will affect shoe buys?
KH: We’re our customer’s luxury item that they’re going to sacrifice [to have]. Whether a [Nike] Foamposite shoe is $140 or $150, they are going to get the shoe. They want the shoe, they need the shoe, they will figure out how to get it. A small price increase, I don’t think that will hurt them. The challenge is do they have the $150?

You recently made some organizational shifts, putting Richard Johnson in charge of all your brick-and-mortar retail, and grouping the dot-com businesses under a different division, reporting to you. How will that benefit the firm?
KH: We’ve got all our stores together, and they’ll be able to share best practices and ideas. Dot-com will get a focus because it’s the fastest-growing growth element we have. Each one will get the attention it needs to be successful.

How much opportunity do you see in online?
KH: E-commerce is about 8 percent to 9 percent of the total business, and that includes our [Internet and catalog-only] Eastbay operation. Our goal is to get the dot-com segment for each of the banners up to 10 percent. We have a ways to go in each of those, but we’re making a lot of progress.

What else are you doing to fuel the Web?
KH: We just added what we call “Striperpedia” on Footlocker.com. There’s a lot more we want to do to it, but we’ve got the first part of it up. It’s a third-party [resource] talking about everything you want to know [when you buy] a shoe: If you pronate, what do you do? If you have bad knees, what’s the best shoe? We also give [consumers] the weight, resiliency and all the different features of the shoes. It’s a more technical way of learning about the shoes and what you should do with them.

You also sponsor the website Sneakerpedia, a user-generated online encylopedia. How does that benefit the business?
KH: We’re doing it for the industry, to keep people interested and excited. We’re operating under the idea that the rising tide raises all ships. If we get more people interested and excited about sneakers, then we can sell more sneakers. We’re the largest player and we should benefit the most, and hopefully there will be goodwill from the real sneaker geeks toward Foot Locker.

What’s on tap for your brick-and-mortar stores?
KH: We are building new stores in Europe. We’re also doing things such as House of Hoops in the U.S. We’ll have more than 40 [of those locations] by the end of the year, and we had just 20 at the start of the year. We are putting in new fixtures to make it more shopable. We are testing some new prototypes with Foot Locker and Champs this year. We’re adding about 12 more CCS stores, so we’ll have 22 by the end of this year.

What are the advantages of having several distinct nameplates?
KH: The customer doesn’t know, for the most part, that Champs and Foot Locker are brother and sister. And we want that. The advantage of having separate [stores] is, for example, a person says, “I need to get a pair of sneakers and some running shorts, so I’ll go to Foot Locker. I’m going to the Knicks game tonight, so I’m going to run by Champs and get a jersey. I’ve got a date Saturday night, so I’m going to Foot Action to get a pair of jeans and a pair of Jordans.” You want the back room to share as much synergy as you can to reduce the cost, but in the front, to the customer, you have that separate. Either that or save the money, put them all together and make them a department store.

Acquisitions is a path Foot Locker has walked down before. Any plans to expand?
KH: Our focus is on growing the business that we have and taking advantage of the growth opportunities we have. That said, if the right opportunity presented itself at the right price, we would consider it.