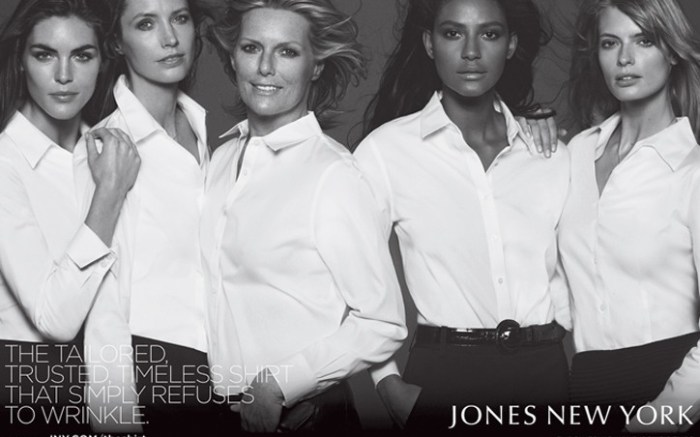 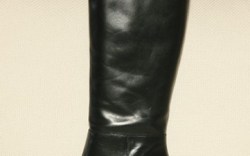 NEW YORK — Jones New York is stepping it up.

The brand, known for its classic assortment of career clothing, has tapped into the footwear expertise of its parent company, The Jones Group Inc., and will bow a collection of office-friendly heels, wedges and boots for fall ’11.

“One of our core competencies is women’s footwear, so it’s easy for us,” said Rick Paterno, group president of footwear at the firm. “Jones New York is [also] one of those brands that women wear because it’s classic and she knows it’s good quality. It’s a natural for us to bring [shoes] into the mix.”

While Jones New York has offered a few footwear styles in the past, this marks the brand’s first move toward building a focused collection that includes croc-embossed wedges, penny-loafer pumps and tall boots named after iconic New York landmarks and streets. Priced between $89 and $249, the seven-style and 18-SKU collection, Paterno said, is not meant to be a full lifestyle line but was “designed to [offer] that perfect career pump, slingback or bootie.”

The line pairs with the expansive clothing and accessories offering and is targeted at retailers already carrying the label, including department stores such as Lord & Taylor and Dillard’s. It also will be sold online at Jny.com.

Macy’s has signed on to carry the full collection, said Tony Pelle, the store’s group VP and DMM of women’s shoes. “It’s an evolution and new vision,” he said. “Having a heritage brand and nameplate is a good idea, [and] it adds to who they are [as] a modern collection of wear-to-work [merchandise].”

Jones Group has focused on domestic accounts for the first season, but Paterno said plans are in the works to expand to international accounts in 2012.

For the past couple of seasons, the company has put big efforts into promoting Jones New York as a career staple, starting with a high-profile campaign shot by Annie Leibovitz last fall. This spring, the ads highlight key pieces, including the brand’s classic suit and white button-down. For fall ’11, the focus will be on a timeless footwear style, said Amy Rapawy, Jones’ SVP of marketing.

“The shoe will be the heroic item [in the next campaign],” she said. “The footwear silhouettes have longevity in a woman’s closet whether [she] just started in the work force or has been working for 20 years.”