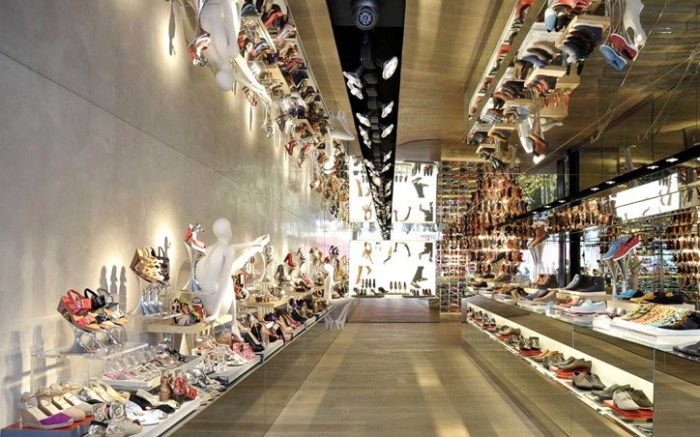 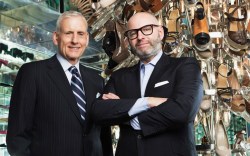 It’s a deal that combines the best of both worlds.

“This could be a real game-changer for Jones down the road,” said Jennifer Black, president and CEO of retail research company Jennifer Black & Associates. “Think about the international opportunities with the Nine West portfolio of brands going into Europe in a much bigger way.” And, she added, Kurt Geiger’s brands will be new to the U.S., increasing the diversity of offerings in the higher-end market.

“Kurt Geiger is a great international brand and retailer,” said Matt Rubel, chairman, CEO and president of Collective Brands Inc. “This will clearly give them the platform and backing to do more.”

Christopher Suarez, managing director for Nicholas Kirkwood — a wholesale partner of Kurt Geiger’s — said the deal is a win-win for both companies, not least because Jones’ deep manufacturing capabilities will allow the Kurt Geiger fleet of labels to expand more quickly. “[Kurt Geiger] will now have the opportunity to become a serious player in the U.S. and other markets, such as Asia,” he said. Meanwhile Jones, with one of the largest luxury retailers now in its stable, “will get access to European product firsthand. There’s a lot of opportunity here.”

“Kurt Geiger continues to gain global recognition, offering style connoisseurs an unparalleled choice in designer shoes, as well as its highly successful own brands [that] appeal to many of our customers,” said Marigay McKee, the fashion and beauty director at Harrods. “We will continue to work closely with the management team and wish the Jones Group, whom we rate and value highly, every success with its exciting future plans.”

Kurt Geiger and Jones have been partners since 2009, when Kurt Geiger began distributing Nine West in the U.K. and Irish markets — and that relationship paved the way for the new deal, execs said.

“I met [Kurt Geiger CEO] Neil Clifford when we partnered on Nine West and [started to understand] the scope of the business,” Jones CEO Wesley Card told Footwear News. “We started a dialogue, and I knew [the company was] owned by private equity, so I said, let’s see if we can get a deal done.” Card noted that Jones’ distribution and international presence will be greatly enhanced now that it has found a strong foothold in Europe.

For Clifford, who will continue to head the business, coming to the U.S. market was the big attraction.

“We wanted to find a long-term partner to take our brands to America and it had been in the too-difficult pile for too long,” said Clifford. “Now we have the right partner that believes in our vision and will help us take our ambition globally.”

Clifford added that Kurt Geiger wants to continue its expansion across France, Germany, Italy and the Netherlands, and up its current owned-store count to 70 from 50 in the next three years, with openings in the works for North America. It also will roll out a global e-commerce website in September.

“Our wholesale business is very profitable and frankly can be significantly larger,” he said. “We are just about to enlarge our head office to ensure that we can triple the size of our wholesale showrooms to grow that significantly.”

Kurt Geiger sells more than 200 luxury shoe brands through 156 department store doors in Europe, including Harrods and Selfridges in the U.K.; Printemps in France; and La Rinascente in Italy.

Kurt Geiger has changed hands a few times in the past decade, having last been acquired in 2008 by Graphite Capital for 95 million pounds, or $155.4 million at current exchange. The move saw Graphite Capital take a 60 percent stake in the footwear retailer, while management took a 32 percent stake and Harrods retained its 3 percent share. Prior to that, Barclays Private Equity led a management buyout of the firm in 2005.

Kurt Geiger has seen both sales and profit grow at an annual rate of 20 percent for the past five years. It is expected to add between $215 million and $230 million to Jones’ top line for fiscal 2011.

“It’s a very high-quality business that’s been very well run for the last five to 10 years,” said George Wallace, retail strategy consultant at British firm MHE Retail. “It ticks all the boxes for being very well positioned in the upper-middle segment, which has been a fairly high-growth segment [in recent years].”

Designers said last Thursday they were excited to work with the new business entity going forward, especially as the rest of Clifford’s team, including buying and creative director Rebecca Farrar-Hockley and finance director Dale Christilaw, will continue to lead the Kurt Geiger business.

“The Jones Group has become a key player in the industry and it is only natural to want to branch out into the European market. It will be business as usual and shouldn’t change my relationship [with Kurt Geiger],” said New York-based designer Alejandro Ingelmo, whose label sells at Selfridges and Harrods.

Andrew Black, commercial director of Georgina Goodman, added, “I can only see having the backing of Jones as a plus for its business and all those it works with.”