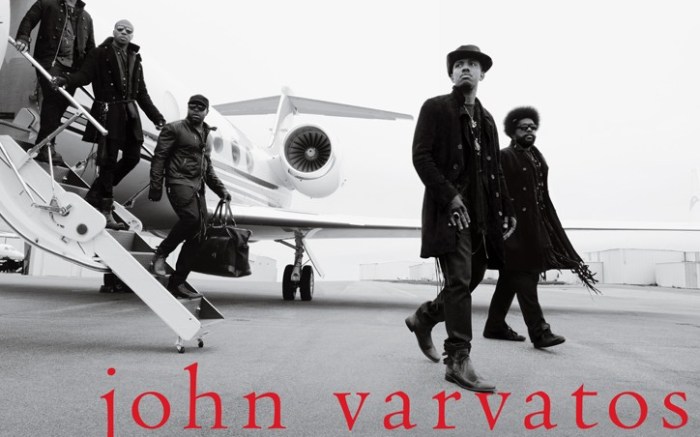 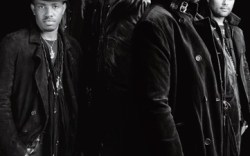 The images, unveiled on Tuesday, were taken by photographer Danny Clinch and conceived by Stephen Niedzwiecki, creative director of the Yard agency in New York. Clinch and Yard have collaborated on Varvatos’ campaigns for the past 14 seasons, all of which have featured rock music’s style set.

For the latest campaign, The Roots were photographed at Republic Airport in New York as they disembarked from an airplane, drawing inspiration from classic images of The Beatles and other bands famous for their grand arrivals.

“The Roots are one of the most creative musical forces on the planet,” Varvatos said in a written statement. “Their performances with almost every music icon in the world, of all genres, are mind-blowing and inspiring.”

A short film of The Roots’ improv jam on the airport’s tarmac is now available on YouTube.