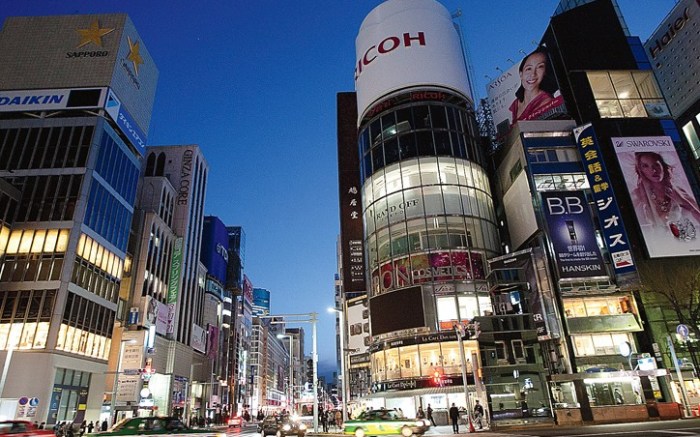 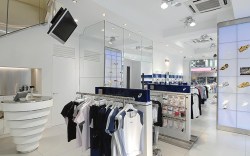 NEW YORK — As fears mount about Japan’s economy slipping into a recession, footwear firms are struggling to keep stores operating normally in the region.

While every company said last week they are most concerned about the safety of their employees amid growing threats of a nuclear crisis, execs noted that business has been disrupted to varying degrees.

Kobe, Japan-based Asics Corp., which derives about a third of its revenue from its domestic business, experienced light damage in certain facilities and distribution centers, including cracked walls and broken windows in its business office in Tokyo. And not all 57 stores in the country are fully operational, said Gary Slayton, Asics’ VP of marketing.

“Our infrastructure and supply chain haven’t been disrupted. The most affected region — in Northern Japan — is a lighter market for us, so from a retail standpoint, we’re hoping the disaster makes a modest dent on business, but there are still many things we don’t know at this point,” Slayton added.

Puma AG, meanwhile, said it could not comment on what impact its business will see “because it is too early to say.” But it confirmed that as of press time none of its 652 employees in Japan had been harmed and no offices and stores were damaged. Local management instructed all staff to stay home for the next few days, while the Puma office and stores in Tokyo and the greater Kanto area have been closed for now, the firm said in a statement.

Nike Inc. told Footwear News it is “still assessing the impact to our operations and monitoring the situation closely. As part of a sustained effort, we are prepared to assist as opportunities become known.”

One of the largest high-end companies in the region, Coach Inc., which derived 18 percent of its first-half group sales from Japan, said “we have been able to reach out to virtually all our staff in Japan, including those on holiday, and our Coach Japan family is intact.”

Twenty of 165 of the brand’s stores throughout the country were closed last week, while some operated with reduced staff and shortened hours. But the firm added it could not predict when all its stores will reopen.

Likewise, Jimmy Choo said that being in touch “continuously with our teams on the ground [to ensure] all are safe” is its primary concern.

While the label does not have any stores in Sendai (the area in northeast Japan devastated by the tsunami), it is relying on local landlords and department stores “to determine appropriate opening hours. And we will follow suit, with employee safety being our No. 1 priority.”

At Dr. Martens, none of its 23 franchised stores around the country — which represents about 5 percent of its total business — have been affected by the disaster, said David Suddens, the firm’s CEO. “However, there was concern for employees who’ve experienced difficulties getting to and from work due to power outages and disruptions in transportation,” he added.

John Lobb, however, shut down all four of its stores in Japan — in Tokyo, Fukuoka, Nagoya and Osaka — said Renaud Paul-Dauphin, CEO and general director of the brand. “Everyone is OK, but we thought the priority was for them to protect themselves,” he said. “It’s very sad what’s happening.”

Colin Hall, GM of international business at Allen Edmonds, said that although the distribution of its American-made shoes has not been disrupted since most of its client base is in Tokyo, he anticipates that “given the terrible tragedy … the Japanese economy and consumer psyche [will] be hurt for quite some time, and this will reflect purchasing decisions [going forward].”

It remains difficult to gauge the size of the financial impact on footwear firms in both the short and long term. But the dent on consumer spending was undeniable last week as retail stocks on the Japan bourse plunged since the disaster struck. “Once they stabilize the nuclear situation, people will start to think longer term about the implications,” said Matt Priest, president of the Footwear Distributors & Retailers of America.

As Japan is the world’s third-largest economy, rebuilding will take time, Priest added. “It’s a huge hit. Anytime something like this happens and it impacts the global economy, it’s going to have some impact [on the footwear industry],” he said.

On the aid front, Priest noted that the industry was rapidly responding to the crisis.

Coach, for example, is donating 400 million yen, or about $5 million at current exchange, to the Japanese Red Cross Society. Asics has pledged 20 million Japanese yen, or $250,000, to support victim relief efforts and reconstruction projects via Nippon Keindanren, an economic development organization.

The goal for Soles4Souls is to help aid in Japan’s rebuilding efforts, said Elsey, with a main focus on outfitting construction workers and rescue personnel with workboots. Next it will collect shoes for children, so they can return to schools, he added.

Kids in Distressed Situations also is working to mobilize the footwear community to provide product and donations.