Insiders Sound Off on Louboutin/YSL Lawsuit 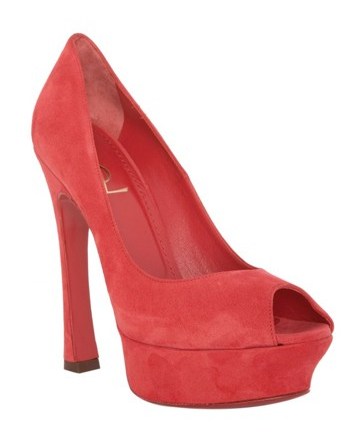 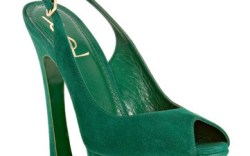 And fashion lawyers are watching the lawsuit, filed Thursday in a federal court in Manhattan, with great interest.

Touting it as a “clash of the titans,” law experts said the litigation could drag on for months, although it would be surprising not to see it settled out of court at the end of the day.

Christian Louboutin is alleging that Yves Saint Laurent America Inc. is selling shoes with red soles that are “virtually identical” to its signature styles, thereby violating its trademark for the footwear.

Charles Colman, an intellectual property rights attorney at New York-based Charles Colman Law, said litigation between the firms could potentially go on for a long time, because “when you’re dealing with two large parties, both of which have large and skilled law firms working for them, you don’t have that leverage differential that you may have in other situations.”

He added: “It’s also less likely that one party is going to be able to run the other one into the ground with the cost of litigation.”

The shoes in question, with style names such as Tribute, Palais and Woodstock, have a colored suede upper and colored soles of an identical shade. Online research by FN showed that the named YSL styles in the suit come not just in red, with red soles, but also in green, with green soles, and purple, with purple soles. They also are offered in tan and black.

Both companies sell their shoes side by side in high-end fashion stores, including Saks Fifth Avenue, Barneys New York and Bergdorf Goodman, and Louboutin’s complaint stated that the “defendants’ use of a red sole on their infringing footwear threatens to mislead the public, and has impaired plaintiffs’ ability to control their reputation.”

According to court documents, Louboutin was awarded a registered trademark for its red sole by the U.S. Patent and Trademark Office in 2008, and now seeks a court injunction against YSL’s sale of its shoes, as well as damages of at least $1 million.

Louboutin’s lawyer, Harley Lewin of McCarter & English, told FN that Louboutin first notified YSL of its alleged infringement in January, but its executives replied by letter that they planned to “continue to sell the infringing footwear.”

“We’ve fought long and hard over this one. [The suit comes after] efforts to resolve [the issue] amicably between the parties in Paris. Those discussions broke down, and Louboutin moved forward with its litigation,” said Lewin.

“It’s an issue from the point of view of Louboutin because [the red sole] is a core mark of the company and it simply can’t, regardless of who’s on the other side, let its mark get in the hands of others,” Lewin added.

Professor Susan Scafidi, academic director of the Fashion Law Institute at Fordham Law School, said because the complaint has just been filed, YSL likely has not had a chance to file its reply.

“My educated guess for what their best possible argument would be is ‘aesthetic functionality,’ which involves saying, ‘It’s not that we were copying the trademark, we just had a red shoe and wanted it to be all red,’” said Scafidi.

“It’s not clear to me if that’s a winning argument in this case, but it’s about the only route that they have to make a plausible defense,” she added.

Scafidi also said that the suit likely was brought in the U.S. — despite both companies having French roots — because “there is a possibility for higher damages here.” But she added it is unlikely the case will go to trial.

“Sometimes it’s through a clash of the titans, like this one, that some of the most interesting law is made,” she added.

Louboutin has successfully obtained injunctions in Manhattan courts against companies attempting to replicate its red-sole success, most recently in February against Kimera International, which was found to have “engaged in acts of trademark counterfeiting, trademark infringement, unfair competition/false designation of origin  and trademark dilution.”