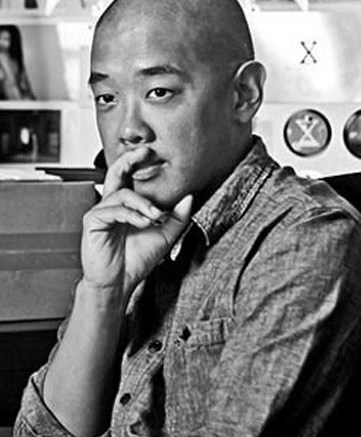 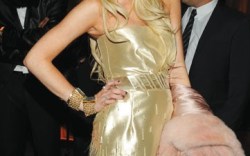 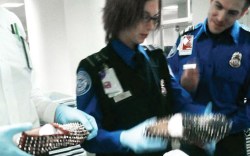 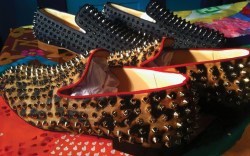 Jeff Staple is staying quiet about his resolutions. The founder and creative director of Staple Design is keeping his plans for 2011 close to the chest because he doesn’t want to jinx them. “I dislike talking about future plans [because] nothing is real until it’s a reality,” he said. “Maybe I’m a bit superstitious.” But Staple isn’t entirely keeping mum. He took to Twitter last week to share his thoughts with Insider on the hot Americana trend and others to watch in the new year.

Forget traveling in style. During a recent trip home from St. Barts, recording artist and TI$A menswear designer Taz Arnold was stopped by security at the Washington, D.C., airport, but not for forgetting to empty his pockets or toting a bottle of soda — it was for his studded footwear. The musician, who designed a three-style sneaker collection for retailer Stampd’LA last fall, was carrying two pairs of Christian Louboutin loafers, and apparently the shoes — a leopard ponyhair pair with gold studs and a denim pair with silver studs (purchased for $1,500 and $1,250 respectively) — looked a bit dangerous. “They were trying to figure out if they were weapons, but I turned it into a fashion conversation,” said Arnold of the four to five TSA security members who investigated the shoes. Luckily, the shoes passed the test and made it through, but transportation officials may need to reassess their “sharp” objects ban.

Lindsay Lohan is just a week out of rehab, and she’s already been busy with her fashion pursuits. The starlet, who walked out of her court-mandated stint at the Betty Ford Clinic last Monday, is rumored to be launching a collection of footwear under her 6126 by Lindsay Lohan clothing label. And despite her rocky legal and design record, retailers are intrigued by the idea of Lohan heels. “There’s still a demand for her stuff,” said Jon Singer, owner of e-tailer Singer22, which carries Lohan’s legging and apparel. “Hopefully she’ll get her act clean. When she’s healthy and good, people like what she looks like and want to wear what she wears.” The move could be a Lohan family first. Plans for mom Dina Lohan’s shoe line were scrapped last year.

No, Lebron Jordan is not an all-star Nike collaboration between the brand’s Lebron basketball shoes and Jordan Brand — or even the two players. It’s a start-up footwear line that founder Aaron Fraser said shares the name of two of Nike’s biggest endorsers based solely on a coincidence. “There’s no intention of trying to deceive the market,” he said of the newly launched brand. “The logos have nothing similar to anything Nike, Jordan or Lebron James have.” But Nike may see things differently. A representative from the Beaverton, Ore.-based firm told Insider they’re looking into the Brooklyn, N.Y.-based business. “We take these matters very seriously,” said Derek Kent, Nike’s U.S. media relations director. And while orders for the kicks — which are priced between $50 and $100 and offer 15 unique “Lebron Jordan” logos — can be placed now on the brand’s site, the shoes won’t officially be unveiled until June.