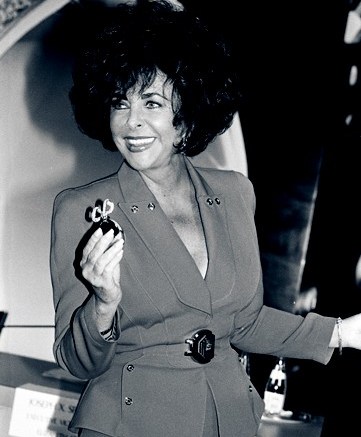 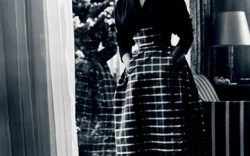 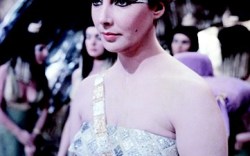 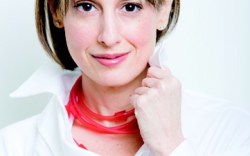 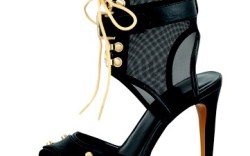 Inner Beauty
Hollywood icon Elizabeth Taylor, who passed away last week at the age of 79, captured the world’s attention with her glamour and beauty, but footwear’s big names said her dedication to championing AIDS awareness and research will further define her legacy. “She was relentless,” said AmfAR Chairman Kenneth Cole, who first met Taylor, one of the organization’s co-founders, in 1987. “She was a very dedicated advocate on the behalf of people with AIDS, [and] so many people today are alive — and many more will be in the future — because of her.” The outpouring of respect for Taylor last week came from across the globe, with celebrities such as Joan Collins and Carrie Fisher (whose father, Eddie Fisher, was one of Taylor’s seven husbands) and fashion’s elite praising her life. “She stands for the most beautiful presence of the 20th century,” said Manolo Blahnik. “She may have had weaknesses like all of us, but she was human, [and] I will remember her kindness. She was faithful to herself and who she was.” Christian Louboutin recalled Taylor’s spirit as her most enduring trait. “If there is a word for Elizabeth, it is generosity. She gave all her time, her talent and her love to people in need,” he said. “[She] was the ultimate queen of heart.”

Latin Flair
Payless ShoeSource is dancing to the Latin beat. The retailer will announce today that Colombian fashion designer Silvia Tcherassi (below) will join its guest designer roster. Though this is the ready-to-wear maven’s first foray into shoes, she might already be on the right track. Tcherassi told Insider she’s excited to see her native culture gaining currency in global fashion circles. “With its rich heritage, Latin America offers the opportunity to see another side, a brighter side,” she said. “Collaborations like this are validation of my vision and fashion style,” she said, noting her designs feature ample color, texture and high-end materials. And Payless is confident that the collection will ramp up the brand’s presence in Latin America, where the company has been since 2000. “Our brand awareness there is really high, and customers really relate to the idea of fashion,” said Payless CEO LuAnn Via. The first collection drops in early May and will be available in the U.S. and across at least 10 Latin American countries. Prices will range from $40 to $70. Tcherassi joins Payless designers including Christian Siriano, Lela Rose and Isabel Toledo. Who will the retailer tap next? An additional name could come from anywhere, even Asia, Via revealed. “It’s more about the fit to the portfolio, not the ethnicity,” she said. “But we’re looking all the time at everyone.”

On the Go
Ivanka Trump can’t be stopped. Even at six months pregnant, the designer has kept a packed schedule of public appearances, developing her handbag line, which hits stores this month, and prepping a fall ’11 outerwear collection. Once she adds a baby girl to the Trump family, could kids’ footwear be next? “That gives me a new product category, [but] I have to dress myself first,” said Trump (at right), hinting that women’s clothing could soon be added to her expanding lifestyle brand. And becoming a global name certainly requires plane hopping. Up next on the itinerary: a trip to China, followed by Brazil and Paris. “We’re traveling a lot while I’m pregnant,” she said. “I [need to] get it all out.”

Back in the U.S.S.R.
Forget the piña coladas and swim trunks. For Christian Siriano, summertime is a time to get cultured. “I don’t want to go anywhere tropical. I want to go to Russia,” said the apparel designer, who also has an ongoing partnership with Payless ShoeSource. “I love a cabana, but only when I can see the beach and I’m not in [the water],” he said. A trip to Russia is in the works, and though it would give Siriano a break from the design studio, it wouldn’t be all play. Siriano (below) has a retail account in Russia and plans to use the visit to do market research and hunt for inspiration. Until then, Siriano said, he’ll keep entertained with a little reality TV, namely Jennifer Lopez on “American Idol” and Christina Aguilera’s upcoming show “The Voice,” which is slated to air in late April. “She is one of the most amazing singers, and people are so mean to her,” Siriano said of the diva, who has experienced her fair share of scrutiny in recent months. “[But] I’m excited.”

Shoe Allowance
Now that Leifsdottir is making handbags and footwear, its chief creative force, Johanna Uurasjarvi, has been able to slash her personal shopping budget. “I have saved so much money now that we have bags and shoes,” said Uurasjarvi, clad head-to-toe in the line at last week’s preview in New York. “Those used to be my splurges.” The new handbag offering launches in fall ’11, while footwear was rolled out for spring. Now, Uurasjarvi said her priority in shoes is to create looks with “lots of fun wedges and mid-heels that are also comfy.” Color-blocking, ankle boots with wooden heels and calf-hair slingbacks are highlights for fall, while handbag styles span evening clutches to cross-body satchels.

Mentor Center
Joe Zee is back on the small screen. The Elle creative director — and former star of “The City” — will return to TV with tomorrow’s debut of “All on the Line” on the Sundance Channel. “It’s dramatic, but it’s very genuine,” said Zee, who will help struggling designers whip their collections into shape and set up critical meetings with potential buyers. But Zee (at left, on set) isn’t reserving his guidance just for the cast. His No. 1 tip for fashion hopefuls? “Always stay true to who you are. I can smell insincerity a mile away.”