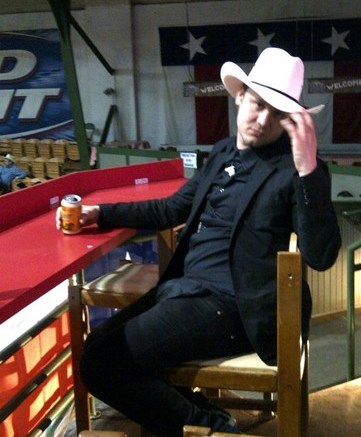 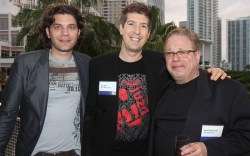 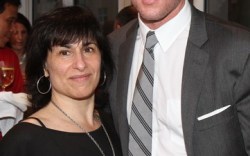 Sight Seer
Nicholas Kirkwood is a jetsetter. The designer, who just completed a major U.S. retail tour with stops in New York, Chicago, Los Angeles, Dallas, Houston, Las Vegas and Seattle, told Insider that until recent events, he had not taken a proper holiday since he started in the shoe biz. To remedy the problem, he carved out some time during the cross-country trip for deep-dish pizza in Chicago, rodeo night in Texas and a quick visit to Coachella, Calif., to take in the musical stylings of The Strokes, Duran Duran, PJ Harvey and Kanye West during the town’s annual festival.

Royal Ron
Could anything rival the recent royal wedding hoopla? Doubtful. But don’t tell that to Ron White of aptly named Ron White Shoes, based in Canada. The CEO and creative director, who recently got engaged, dished over cocktails that he and boyfriend Brad would be tying the knot sometime next year. White said he wants a small wedding with 150 close friends, but his other half quickly admitted to wanting to go grand, with “at least 350” guests. “Either way, it’s going to be the royal wedding of Canada,” quipped White.

Speed Racer
Stacy Lastrina is on the move. The Jones Group chief marketing officer is in so many places at once that she’s started using a razor scooter to get around. “I’m [always] in a hurry so I’ve mastered it, even in heels,” she said. “I can go fast now.” And during her time on the go, Lastrina has made quite a few industry connections. Jones CEO Wes Card mentioned his co-worker during his summit presentation, while Kurt Geiger CEO Neil Clifford also called out Lastrina as a partner for the Nine West line in the U.K. Even Vince Camuto mentioned her by name, recalling how he worked with Lastrina while he started the Nine West brand.

Bag of Tricks
When designer Alejandro Ingelmo was unable to find the perfect man bag, he decided to just create his own. A collection of men’s bags has been added to his spring ’12 line. There will be a weekender and smaller bowling bag style, in addition to a leather backpack. “Backpacks are what I wear,” Ingelmo said. “I need to have my hands free.” The designer also hinted that women’s handbags will likely roll out next.