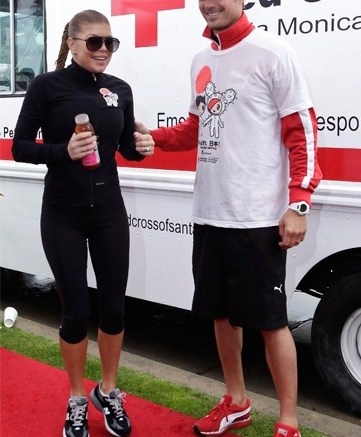 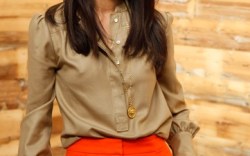 Rising Sun
Footwear brands continue to assist with outreach efforts in Japan after the recent earthquake and tsunami. Puma teamed up with actor Josh Duhamel to sponsor the celebrity Youth Run 4 Japan last Sunday. The athletic brand donated sneakers and apparel in red and white for the race — a special request from the actor to show support for the country. Duhamel and wife Fergie were joined by roughly 4,000 participants in the race, which raised $30,000 for Japan aid.

Elsewhere, the Michael Antonio Footwear Group, one of many brands partnering with Soles4Souls, began collecting shoes at its Montclair, Calif., headquarters in March and will take donations at its pop-up during the Newport Beach Film Festival later this month. “The disaster hit very close to home, as we have many friends from and in Japan,” said CEO Michael Su. “This made our involvement even more critical.”

Color Crew
Get ready for color this fall. J.Crew’s head of women’s design, Marissa Webb, said purple satin and blush pink leathers on driving mocs and slipper-like court shoes will be key for the season. “We love that as an alternative to the ballet flat,” Webb said at the brand’s preview event on Tuesday. Color aside, J.Crew Creative Director Jenna Lyons is a fan of the casual trend. “I love a dorky shoe,” she said of the flat looks. But Insider couldn’t help but notice Lyons isn’t all about nerd-chic. On her feet? Sky-high Christian Louboutin pumps. “I also like a tall shoe,” she said with a sly smile.