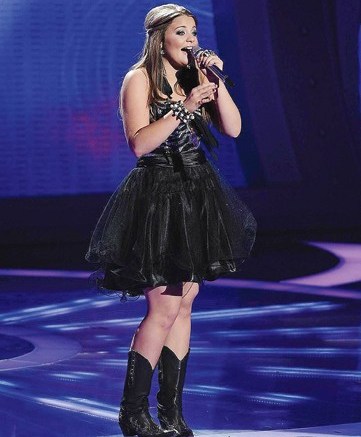 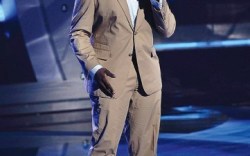 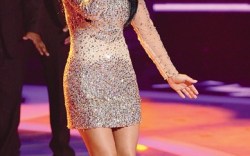 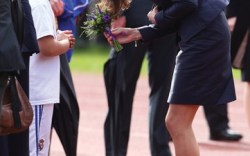 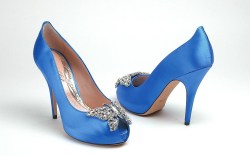 SHOW STOPPERS
“American Idol” stylists Soyon An and Miles Siggins are putting fashion center stage on the hit show this season. The duo told Insider they make the most of the weekly $400 shopping budget allotted to each contestant. “We keep it resourceful, but stylish,” said An, who has costumed the female singers for the past three years. Siggins, an “Idol” vet since season two, works with the male contestants and said he’s been known to splurge on kicks. “If they’re going to wear a blazer, T-shirt and jeans, we can pull from our stock and use the $400 for a killer pair of boots,” he explained.

While the stylists might have to occasionally cut corners, An said highlighting each contestant’s personality is critical. “The key element is making sure their individual style is still there,” she said. “You don’t want to lose yourself in this process.” Take Pia Toscano. Before going home on April 7, the songstress hit a few high notes, notably in Christian Louboutin pumps (at top right). “We blew the budget [on them], and she had to pay out of pocket for the rest,” An said. “She really gets fashion.” Here, An and Siggins sound off about styling the remaining contestants.

How important are shoes to the overall look?
MS: Sometimes you’re inspired by a pair of shoes and build the whole outfit around it. Stefano Langone is obsessed with shoes. Once he wanted to wear white, green and black sneakers, so we had to make sure we found a shirt to match.

SA: [Personal] style is important to each look, and shoes are all about personality. Lauren Alaina’s signature look is a dress with cowboy boots [above, left]. She’s 16 and [is comfortable] in a boot with a little heel.

What brands make regular stage appearances?
MS: Aldo has been good to us. Casey Abrams wears the same two pairs of boots for every performance and the results show. James Durbin wears their boots, too, but we customize his with studs so they’re more off kilter. Jacob Lusk [above, right] does well with Aldo [dress] shoes because they are wide enough, and also [there’s] a great range of styles.

SA: Chinese Laundry is bringing its A-game this season with a lot of metal work and colors. Bebe has great sexy heels, and I love Aldo for wedges or simple nude booties.

What styles are best for the performances?
MS: I like shoes that look worn in, [and] I want the guys to be comfortable. We do a lot of vintage for Scotty McCreery with his cowboy boots. There’s nothing worse than a painful shoe.

SA: I want them to look amazing when they walk on stage. Haley Reinhart is not the tallest person, so nude shoes keep her looking long and lean.

ROYAL BLUES
With just a few days until the royal wedding, Kate Middleton’s shoes remain a mystery. But British designer Aruna Seth could be on the hot list for one of the multiple pairs Middleton is rumored to be wearing throughout the day. “There’s been interaction,” said Seth, confirming talks with the palace. “But we won’t know if she’s wearing our shoes until the actual day.” If she had her pick, however, Seth would like to see the future princess go classic at Friday’s affair. “She’ll be watched by billions of people, so you don’t want her tripping or not being comfortable in a high heel,” she said, suggesting a ballet flat for the ceremony and heels (including the embellished blue satin look at right) for the rest of the festivities. “A touch of sparkle is a bit more fun in the evening,” she said, admitting that shoeing Middleton has been her hope since Prince William popped the question. “Anything to do with the royal wedding would be amazing,” she said. In the meantime, Middleton has been spotted all over England in looks from Aquatalia to L.K. Bennett (at top), bringing each brand a significant boost of celebrity in the weeks leading up to her nuptials. “We are thrilled to see Kate wearing our shoes during such a momentous month,” said Mark Lukas, brand director at London-based L.K. Bennett, noting there is now a waiting list for the brand’s basic pump. “We’re honored she has chosen [us] as she captures the attention of the world.”

PUMP IT
Rocking out in 6-inch platforms on stage might be second nature to Fergie, but building her footwear lines with Brown Shoe Co. forced the songstress to see her pumps from a different angle. “I [came in with] a duffle bag and crumpled magazine cutouts, [and] I just dumped shoes that I liked on the conference room table,” Fergie said of her initial sit-down with Brown execs to create the Fergie and Fergalicious labels. “I’ll always remember that meeting. It was baby steps — baby steps in stilettos.” Now Fergie, who was in New York last week to join the FN Shoe Star judges’ panel, is learning what it’s like on the other side of the table. “I was tearing up,” she said of judging the fourth challenge, which is set to air on FNshoestar.com next month. “The [contestants] invested in me, and to put them down in any way is hard. Don’t get me wrong, I’m opinionated, but this became really emotional.”