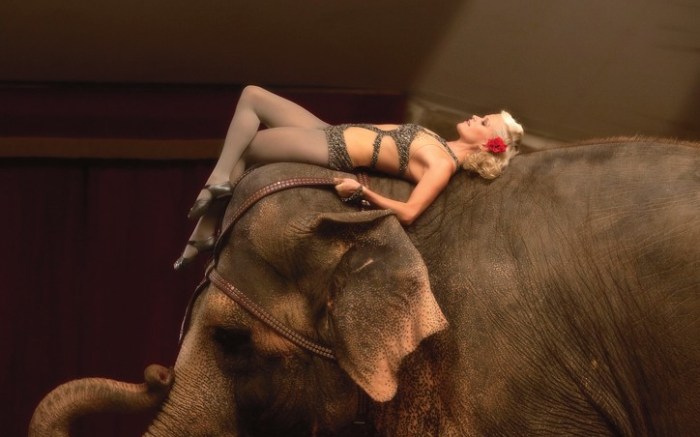 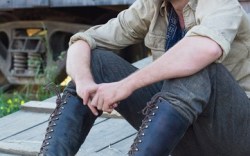 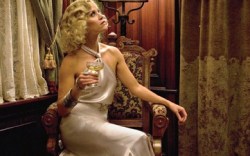 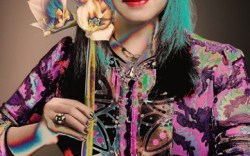 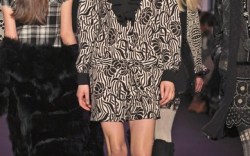 Center Ring
There may be flying trapeze artists and lion tamers in “Water for Elephants,” but costume designer Jacqueline West also made sure the footwear got plenty of attention under the big top. When outfitting the cast for the period film, which hits theaters Friday, West turned to vintage shoes and old photographs to inspire looks appropriate for a traveling circus.

“The biggest challenge was showing the contrast between life during the Depression and the glamour and glitz of the circus,” said West, noting she used replicas of 1930s performance shoes and boots, as well as canvas ballet slippers from Repetto. “In a period film, everything has to be authentic.”

Every character — from showgirl Marlena (Reese Witherspoon) and circus veterinarian Jacob (Robert Pattinson) to the clowns and the circus performers — was given a convincing look from head to toe.

“Finding enough footwear for all the extras in the speakeasy scene [was difficult],” West said. “We didn’t know when the camera would be on their feet, so we [had to] sit down with each [fully costumed actor] and pick shoes to match. It was like a puzzle.”

Here, West dishes on the challenges of capturing authentic, high-flying fashion in the 1930s.

How much of the footwear did you have to make to achieve the period look?
“I either used genuine [shoes] from the ’30s or made them myself. We did buy ballet slippers from Repetto, but remade them [to fit the period] and also worked with Remix Vintage Shoes to reproduce some of the [styles we needed] multiples of.”

Witherspoon plays a showgirl whose big performances include horses and an elephant. Was it tough to find the shoes for those scenes?
“All of Reese’s performance shoes had to be made. She had pink boots, and the silver pair she wears when she dances with the elephants were based on an old Ringling Brothers photograph. We had a shoe buttoner get them on her [because] there were no zippers. We wanted everything to feel authentic.”

And what about the looks for Pattinson?
“I got his engineer boots from Ralph Lauren’s vintage collection and used a pair of Stacy Adams [dress shoes], which were replicas of the ’30s [look], for his school scene. We also found a pair of WWI-issued combat boots online [pictured above] that lace all the way up to his knee.”

Who were the most fun circus characters to costume?
“We made big, floppy, footed oxfords for the clowns. And for the trapeze acts we used a lot of [soft clogs and slippers] that we found at costume houses in Los Angeles.”

Dog Days
Hush Puppies has left its paw prints on the catwalk. For fall ’11, the iconic brand collaborated with ready-to-wear designer Anna Sui for a signature collection of women’s shoes. But it’s not the first time. Fifteen years ago, Sui turned to the label for some colorful casuals to go with her preppy looks. This time, Hush Puppies knocked on Sui’s door. “Anna’s all about material interest and great colors,” said VP of global marketing Dani Zizak, noting Sui’s classic sense of style was in unison with the fall 1958 Collection. “She has an eclectic rock ’n’ roll style that makes sense with that product.” Sui couldn’t agree more. “I wanted to do a mod look [for fall] and was going to look for a chukka boot,” she said. “It happened at the right time, [and] if you look at the collection through the years, [you’ll see] I’m a product of American pop culture.” The line — which includes Sui’s take on Hush Puppies classics, including her own signature ghillie boot and Mary Jane style — has already received high marks from big names. Screenwriter Sofia Coppola ordered the chukka style (above), while Sui’s three teenage nieces are all clamoring for a pair from the line. “They’re always a good barometer,” she said. The six-pattern collection, set to hit stores in August, will retail for $105 to $245.

Wild Thing
Reebok is living on the edge. To tout its new RealFlex sneaker, the brand called in celebs Ali Larter and Josh Duhamel to show off some big-screen stunt moves — such as diving over a taxi cab or flying through a window with the use of a trampoline — all while wearing the natural-motion running kicks, which hit the market last Thursday. “I love doing stunts,” Larter said, adding that the sneakers work well for her busy, on-the-go lifestyle as a new mom. Meanwhile, Duhamel told Insider the trampoline jumping was his favorite activity of the day. And when asked if he’d ever consider bowing his own footwear line, following in the footsteps of wife Fergie, Duhamel admitted he’d rather stick to acting. “I [do] have some great pumps coming out,” he joked. “But that’s her realm, so I doubt it [will ever happen].”