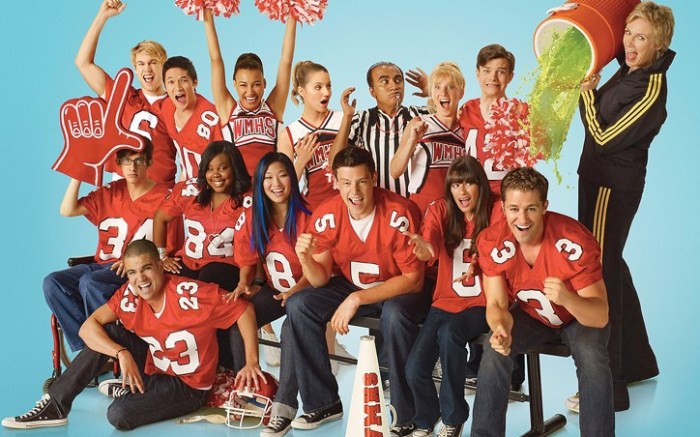 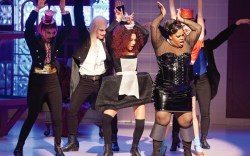 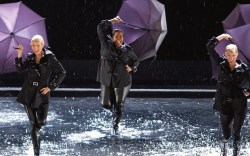 The Glee Club is often subject to ridicule, but its footwear is no laughing matter. Hit show “Glee” is returning to Fox on Sunday after the Super Bowl, and as New Directions’ dance numbers heat up in the coming episodes, so will the stylish — and practical — kicks.

Generally, the entire cast is outfitted in Converse to keep the look universal, but when the girls go a bit dressier, costume designer Lou Eyrich hunts for heels. “Oftentimes the outfit starts with the shoe because they dance so much, so we have to have styles that are comfortable to dance on for eight hours,” she said, noting that she keeps heels below the 3-inch mark.

But, Eyrich added, there are some shoe surprises in store in the second half of the season. “[The Cheerios cheerleaders] have a big change coming for their wardrobes,” she hinted. Here, Eyrich spills details about the cast’s style and some of her favorite moments on set.

How do the characters’ shoe styles set them apart?
“Rachel [Lea Michele] is a nerd, but very put together, so she’s prim and proper and [often] wears penny loafers [by] Bass. [The Cheerios] wear white [Nike] shoes [almost] all the time.”

What about footwear for the males?
“Mr. Schuester [Matthew Morrison] is a schoolteacher, but we try to give him a bit of sex appeal and use chukka boots or oxfords, [including] Aldo and John Varvatos. Finn [Cory Monteith] is the all-American jock, so classic whites by Adidas or Nike [work]. Puck [Mark Salling] wears army boots, [usually] Frye, to give him a tougher edge.”

And then there’s resident bully Sue Sylvester. Do you try to color-coordinate with her tracksuits?
“We love it when her sneakers match. Sue [Jane Lynch] wears mostly Nike and Adidas because they make great colors. Lately she’s been wearing Skechers Shape-ups.”

How did you prepare for that very wet “Singin’ in the Rain” and “Umbrella” mash-up?
“That was a tough one. We put the girls [including guest star Gwyneth Paltrow] in short raincoats and must have tried seven different [styles of rainboots] before we found one from Target that worked. For the guys, we got an Aldo boot that laced up the leg and took them to a shoe place to be waterproofed.”