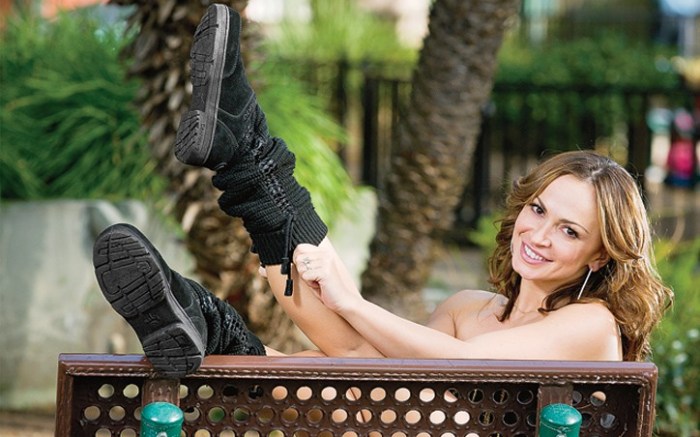 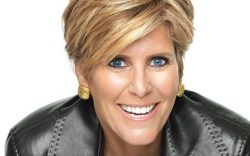 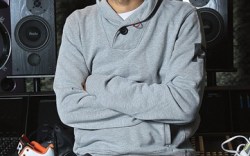 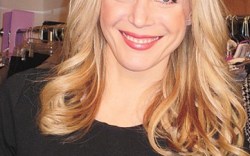 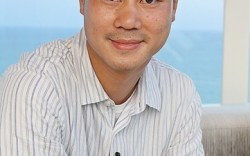 Boot Scootin’ Boogie
Karina Smirnoff might live to dance, but she doesn’t live in her dancing shoes. The “Dancing with the Stars” pro told Insider she can’t get enough of Bearpaw’s Alyeska boot, a knit-and-suede slouchy style. “With the amount of dancing we do, you want to rest your feet as much as you can,” said the dancer, who was invited to create her own design for the brand (on Smirnoff, at right) after execs saw her sporting the boots on the show. “I wanted them to be fun and sexy and be able to be worn different ways.” Now, Smirnoff said, she throws on the shearling boots — which adjust to knee-high or ankle-length — before, after and even during rehearsals. While Smirnoff is proud of what she’s created off the dance floor, she said there’s magic happening onstage, too. “We’re the best matched couple on the show,” she said of DWTS partner and 1980s icon Ralph Macchio. “We’re similar in so many ways.” But Smirnoff is teaching “The Karate Kid” about more than the tango and waltz. She also has given Macchio tips on how to make his dance shoes a little more comfortable. “I tell him to soak them in water so they take the shape of your foot faster,” she said. “No one said it was going to be a walk in the park.”

Smart Money
Forget the starlets. FFANY Shoes on Sale has tapped straight-talking financial guru Suze Orman as spokeswoman for the 18th annual event. “Her name has been on the list,” said FFANY President Joe Moore. “But then late one night I was watching her on TV, and I thought, ‘What the hell? This girl has really got something.’” He said Orman, a regular on Shoes on Sale-sponsor QVC, immediately accepted the gig. “She’s not cutesy pie and will reach a more serious audience. Her credibility is strong, and she has a clientele who watches QVC,” Moore said, adding that the print and TV public service announcements could play off Orman’s financial catch phrase, using the tagline “You are approved to support breast cancer.”

Swizz Style
Producer Swizz Beatz (at right) is taking his Reebok partnership seriously — seriously enough to take the field. At Reebok’s global marketing meeting, held late last month in Miami, Swizz took the stage with pal P. Diddy to perform some hits. (The performance was planned; the Diddy part was impromptu, according to insiders.) What he wasn’t scheduled to do was enter a CrossFit competition among all 700 of the Reebok reps present. And a week after the event, Swizz told Insider, “I’m still sore.”

Comfort Story
Rockport on the red carpet? The Canton, Mass.-based brand has tapped celebrity stylist Annabel Tollman as its first Style Ambassador, beginning this spring. “High heels are the single most glamorous item in a woman’s wardrobe and the single most uncomfortable,” said Tollman, who was won over by Rockport’s cushioning technology and has been spotted in the brand’s high-heeled booties. Now the stylist, who has dressed Scarlett Johansson and Mariah Carey — and who just inked a TV deal with the Bravo network — is teaming with Rockport to share style advice with fans via videos airing this fall on Rockport.com and with key retailers. She’ll offer picks and tips for pairing Rockport looks with big fashion trends. “When you discover something delicious, you tell someone about it,” said Tollman.

Head of the Class
Tony Hsieh is no stranger to giving speeches. And as his next venture, the Zappos.com CEO is offering some words of inspiration to the Fashion Institute of Technology’s class of 2011 before they are released into the working world. The e-tail guru has been tapped as the keynote graduation speaker during the business school and liberal arts ceremonies on May 24. “I’m excited and honored,” said Hsieh, noting that it’s not his first time behind the podium. Last year, he addressed the graduating class at Kingsborough Community College in Brooklyn, N.Y. Although Hsieh is comfortable on stage, he admitted to Insider he hasn’t yet outlined his presentation. “I’m not sure what I’ll talk about. I was planning on deciding the night before.”

Sky High
Flight attendants are getting some extra height. Female employees on Virgin Atlantic will give their feet a makeover starting today, when the airline debuts red patent shoes on a flight from Manchester to Orlando. “I know this red-hot addition will add even more glamour to our female uniforms,” said Dee Cooper, Virgin’s director of product and service. “And add that touch of modern fun to the [flight] experience.” The pumps were created exclusively for the airline by London-based footwear retailer Working Girl and were manufactured in Spain. They include a 3-inch style called Dorothy and a 2-inch pump named Dotty, and will be worn by all female flight attendants this summer.