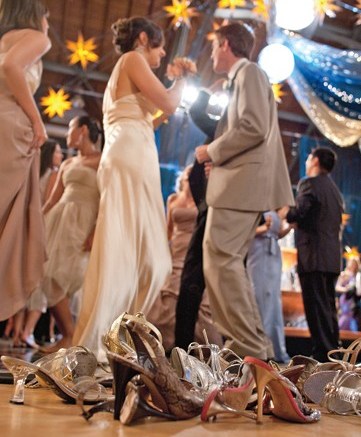 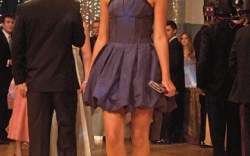 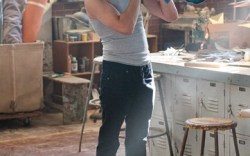 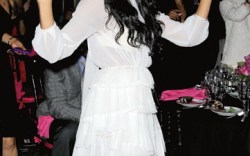 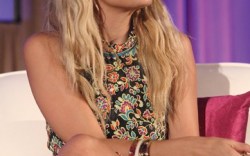 When it came to finding shoes for Disney’s take on the high school ritual, “Prom” costume designer Shoshana Rubin searched all over, from high-end label Jimmy Choo to vintage stores and retail chain Urban Outfitters. “We really delved into the characters first and what they might wear,” she said, noting that footwear from brands such as Vans and Marc Jacobs played a big part in the romantic comedy, which hit theaters April 29. “We did have a limited budget, but at the end of the day, the most important thing was finding the perfect pair of shoes.”

What elements were most important in your shoe search?
“Everything depended on the characters, the dresses they were wearing and whether they would be taller than their dates. We went mostly classic with the heels.”

Who would be dubbed “best dressed” in the yearbook?
“They are all great dressers, [but] I do keep going back to Mei [Yin Chang], who is artsy and goes on to Parsons [for college]. I had fun with her because [she wore] all things I would wear.”

How did you create Jesse’s shoe style?
“[He’s] the rebel and needed motorcycle-friendly shoes. I put him in beat-up combat boots I found at the Army Navy Surplus store, [and] he wears them the entire movie. He even wears them with his tuxedo.”

Any memorable shoe moments?
“There’s a [cute] scene where Nova holds up her dress while wearing her Jimmy Choo heels with jeans and [laments], ‘I hope these aren’t too high for me.’ There was also a missed shoe opportunity with Simone [Danielle Campbell], who is kind of hippie-like. I bought white Vans and had a friend hand-paint them with light-pink and blue flowers, but you never really see them.”

Playing It Safe
Neil Cole has done it again. The Iconix Brand Group Inc. CEO packed the room with a high-wattage crowd for his Candie’s Foundation fundraiser, with guests including Aretha Franklin, Bruno Mars and Kevin Jonas. Kenneth Cole was also on hand to show support for the 10th anniversary of his brother’s cause. “Neil does a great job,” the designer said, adding that he was looking forward to meeting New York Knick Amar’e Stoudemire. “I’m a big fan.” Stoudemire came coupled up with one of the evening’s honorees, singer Ciara (at right), and the duo dished about attending the Metropolitan Museum’s Costume Institute Gala the night before. “It was a great night of fashion, and I really enjoyed looking back at the work of Alexander McQueen,” the songstress said. Another honoree, Elizabeth Berkeley, talked about how her “Saved by the Bell” fame is reaching a new generation of teeny boppers. “It’s a fun, pop-culture phenomenon, where girls are seeing me [in syndication] before they go to school in the morning,” the new self-help author said. Candie’s Foundation ambassador Bristol Palin was also there to share her personal advice for teen girls: “Don’t get pregnant.”

Footwear Frenz
Nicole Richie can sure draw a crowd. The celebrity designer made the most of her trip to Miami for the FN CEO Summit by fitting in store appearances at Neiman Marcus and Koko & Palenki. “I travel a lot, so airplanes are my friends,” said Richie. The star even made time for some fun in the sun on the Modern Vintage race boat and on the beach at the Mandarin Oriental, where she was greeted by some paparazzi. But Modern Vintage President Rick Cytrynbaum is used to the attention that follows Richie, from the media and customers alike. “It [was] insane, complete and utter madness,” he said of the two store events, where the House of Harlow 1960 brand sold more than $100,000 worth of merchandise.

Team Work
John Varvatos has mastered the art of multitasking. During his keynote speech at FN’s summit, Varvatos said he also was busy working on his spring ’12 runway show. In fact, the designer brought his entire design team with him to Miami, hoping that the change of scenery would bring extra inspiration. “To this day, we have never brought in what has been called [in the industry] ‘samples,’” he said of his design philosophy. “We don’t allow product from other people [in the studio]. If we can’t do it ourselves, we shouldn’t be doing it.”

Sweet Ride
Neil Clifford could be the ultimate car connoisseur. The Kurt Geiger CEO revealed he has such an extensive collection of automobiles — though he wouldn’t say how many — that they have to be stored in various spots across the U.K. “I know more about cars than I do about shoes, but I probably shouldn’t admit that,” he quipped. But it wasn’t all car talk. Clifford also expressed his admiration for HSN’s Mindy Grossman. “We would love for Mindy to be our new prime minister,” said the exec, who spent the week prior to the FN summit touring Florida with his wife, Emma (with Clifford, at right), and three children. “We barely made it through Disney World, but the kids loved it,” he said. After the summit, he was taking the family to New York, for a real “touristy” visit.