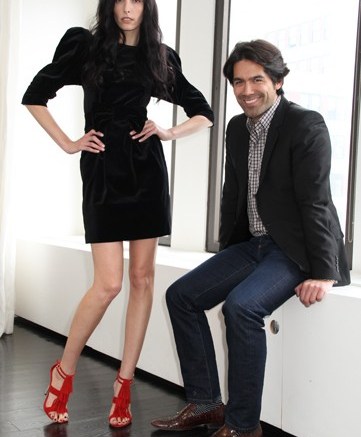 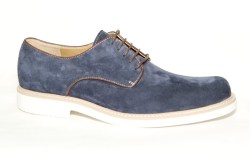 Model Citizen
Brian Atwood remembers where he came from. The designer, who got his start designing for Versace, returned to his roots when he tapped model Danielle Zinaich to pose for a B Brian Atwood shoot last week. The duo haven’t been on the clock together since his days at the fashion house nearly a decade ago, but he chose Ziniach to communicate the vibe of his new line with The Jones Group. “She really represents the look. She’s beautiful, modern and has a camouflage element to her,” Atwood said of Zinaich, who has walked the runway for the likes of Diane von Furstenberg and Givenchy. “And she has legs that go for days.” Though this reunion was short lived — Atwood jetted off to his hometown of Chicago for a public appearance soon after — he said he’s finding new ways to foster other longtime friendships. Atwood said he’s given best friend and celeb stylist Rachel Zoe — whose first child is due in April — a few name suggestions for the baby boy. “I like really guy names, like Hunter and Zachary,” he said. “But something that’s still unique.”

In Living Color
Wolverine World Wide is ready for its close up — again. Days after the company’s Merrell brand made a cameo at Sundance in Morgan Spurlock’s “The Greatest Movie Ever Sold,” Wolverine was getting some small-screen love. “Today” show correspondent Mike Leonard praised Hush Puppies for ushering in a whole new era of casual wear in a segment called “How Hush Puppies Changed the World.” The shout-out was enough to impress Wolverine Chairman and CEO Blake Krueger. “Having the brand onscreen for 3 or 4 minutes? That’s about as good as you can get,” he said. But don’t think the NBC spot is a repeat of the Spurlock film, which was funded entirely by product placement. He said, “You can’t buy [coverage] like that.”

Team Work
While Reebok wouldn’t confirm or deny the identity of the “hip-hop icon” who’s collaborating with the brand on its Classics line (a partnership set to be celebrated — and formally announced — with a cocktail soirée at Project next Tuesday), let’s just say Insider is pretty sure the cat is out of the bag: producer Swizz Beatz (aka Mr. Alicia Keys) has been running a contest on Twitter to name an old-school high-top that will be part of a Swizz Beatz x Reebok collab. Interested in getting in on the action? Swizzy’s “Name These Kicks” contest runs for eight more days.