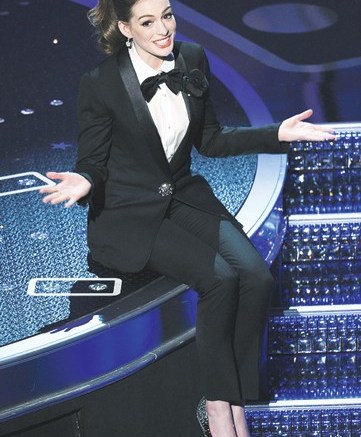 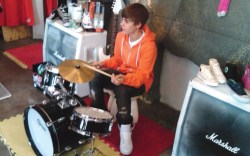 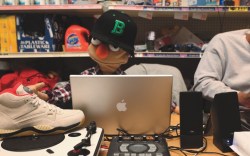 Top Prize
Forget the teary speeches. The biggest highlight of the 83rd Annual Academy Awards — at least for designer Brian Atwood — was when host Anne Hathaway donned a pair of his blinged-out platform pumps during an onstage musical number. “I stayed up until 4:30 in the morning to see it,” said Atwood, who was in Milan during the awards. Atwood worked with best buddy and Hathaway stylist Rachel Zoe to create the custom heels, which included more than 8,000 hand-placed Swarovski crystals and would — if priced for retail — command at least $5,000. Still, he said, buyers are calling. “I can’t even look at my tweets or e-mails [without someone mentioning it],” Atwood said, noting that the style, named “Fiona,” got an extra bit of attention when Hathaway wore it on “The Oprah Winfrey Show” the next day. While Hathaway’s pair will be auctioned off for charity, Atwood is already thinking about adding the shoe to his collection. “It will [probably] be a made-to-order shoe,” he said, “but I want to see what we can do to get the price down. Although, I don’t want to compromise the shoe.”

Out of Locks
Has Sportie LA co-owner Isack Fadlon become a Belieber? Turns out the retailer could have brought in some serious coin when he hosted teenage crooner Justin Bieber — and a bunch of other celebs — during a block party for the store’s 25th anniversary. The Biebs stopped by just days before trimming his famous tresses, which were auctioned on eBay by Ellen DeGeneres for a staggering $40,668. “You’re kidding me!” Fadlon said when Insider informed him of the price. “We really missed out.” Though DeGeneres gave the cash to an animal rescue organization, the move may have given Fadlon — who held a charity free-throw competition for the Nothing But Nets campaign — a bright idea. “We could have just asked for a lock [of hair] and donated the money,” he joked. But the opportunity hasn’t passed completely. “He comes by a lot,” Fadlon said, noting that the 17-year-old spent time jamming on a drum set before picking up some Supras and Vans.

Zanotti in the Zone
Giuseppe Zanotti is in the royal spirit. After the designer’s shoe sketch for Kate Middleton’s walk down the aisle appeared in last week’s issue of FN, Zanotti showed off a sapphire-hued ankle strap pump with a jewel embellishment reminiscent of Middleton’s engagement ring at last week’s fall showing in Milan. The look, he hinted, would be a good choice for the bride’s “something blue.” Over martinis, Zanotti also hosted a jam-packed crowd of editors and guests to view other items in his line, including bold-colored suede booties and sandals and the expanded handbag and rocker-inspired jewelry collections.

Up in Smoke
Like the cast of Broadway’s “Avenue Q,” stoner puppet Terry Blay is enjoying a spot in the limelight — though as a sneaker designer. Created by Boston-based Bodega co-owners Jay Gordon, Oliver Mak and Dan Natola, Blay is being credited with customizing the “Cotton Mouth” Pump AXT, the shop’s contribution to Reebok’s Pump 20 project, and appears in marketing for the shoe. “The sneakers are a little tongue-and-cheek humor for, how do I say it, our patrons who [enjoy] smoking,” Gordon joked, adding that Reebok had nothing to do with Blay’s backstory and how they personalized the kicks. Retailing for $135, the shoes also come with breath mints, lip balm, a coffee mug and a Terry Blay paper-doll sheet. The sneakers, which go on sale Saturday, have a limited run of 150 pairs.