Insider: All the Buzz from Sundance 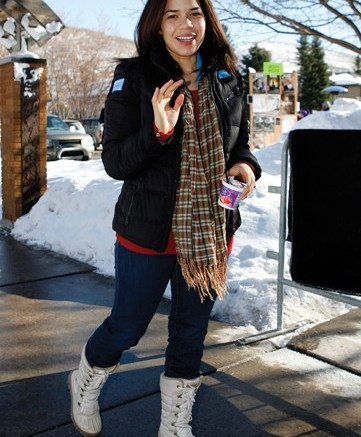 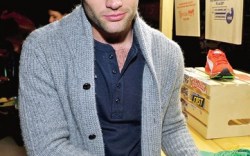 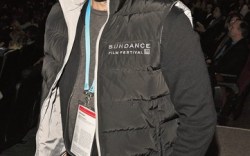 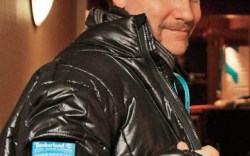 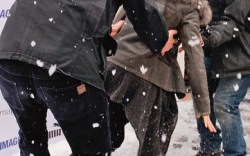 Sure there were the movies, but shoes also snagged quite a few major cameos during the Sundance Film Festival, which wrapped its 30th year in Utah’s Park City yesterday. Footwear brands from Sorel to Rockport played to the movie crowd on Main Street. Read on for the biggest below-the-ankle events in the mountain town.

Moore Shoes
While stars of some of the festival’s most buzzed-about films — including Elizabeth Banks (“My Idiot Brother”), Emma Roberts (“Homework”) and Elizabeth Olsen (“Martha Marcy May Marlene”) — sported flat boots appropriate for the ski town’s wintery conditions, others went for riskier looks. Demi Moore (who has roles in “Margin Call” and “Another Happy Day”) donned at least four pairs of high-heel boots at the festival, but her hiker-inspired stiletto booties may have been a poor choice. The actress (at right) nearly tumbled on Main Street’s icy sidewalk as she headed into the Puma lounge last week.

Such near spills were exactly what brands were aiming to avoid when they began gifting samples to the stars for the two-week-long event. “[Park City] is a town of functional glamour. There is nothing sexy about falling on your bum on a snow bank in front of the paparazzi,” said Matt Bernson, who created his shearling-lined Tundra boot with Sundance in mind. “It’s cool to see something I [created] to have a mountain-meets-Hollywood glamour get used in the way it was intended.” Ugg Australia also gave celebrities sensible styles for trekking through the snow. The brand’s Adirondack — a lace-up ankle boot with an exclusive Vibram outsole — was gifted to Katie Holmes and Zooey Deschanel, and yes, even Moore.

Bold Move
What better way to celebrate a birthday than with a big gamble? Maybe that was the thinking when Merrell — which turns 30 this year — agreed to work with director Morgan Spurlock (above, at right) on his newest film, “The Greatest Movie Ever Sold.” The documentary takes an inside look at the big-money world of Hollywood product placement while being entirely funded by the 13 brands in the film, including Merrell. The brand’s global marketing director, Linda Brunzell, wouldn’t admit how much was ponied up for the film — saying only “[it cost] significantly less than for a blockbuster” — but was delighted with the end result. Spurlock wears Merrell styles from spring ’10 and fall ’10 throughout the film, as does his crew. “We had very limited control and were only able to see a few clips before the premiere,” she said. “But we had trust in him and his vision: He had worn our shoes, and we knew that he was going to do right by us. He’s an authentic and really good guy.” So will we see more of the brand on the big screen in the future? “We did this as a lottery ticket, and we’ve been really, really thrilled,” Brunzell said. “So with the right partners, absolutely, let’s get it out there.”

Member’s Jacket
Kenneth Cole has perfected mixing business with pleasure. The New York-based designer — who designed the puffy vests worn by the festival’s 1,600 volunteers for the seventh year running — took to Park City last week with a checklist that spanned catching a few flicks to hitting the slopes. “I’ve got a myriad of agendas,” said Cole, who has been on the Sundance Institute’s board since 2003. “It’s great to see all this creativity coexist in this little town in the hills of Utah.” Of the more than 10,000 submissions this year, 200 films were selected for screening, including the story of the 2007 Virginia Tech shootings, “Living for 32,” which was produced by Cole’s wife, Maria Cuomo Cole. “The timing is very meaningful,” he said of the documentary short. “With [the shooting] in Arizona [earlier this month], it brings attention to the need to have regulations on weapons.” Though he hit the premiere of that film and a handful of others, Cole (pictured in the limited-edition retail version of the vest, which sold at the festival and online for $98) also squeezed in time for skiing at neighboring Deer Valley.

Suiting Up
You heard it here first: Timberland, a three-time sponsor of the Sundance festival, will be back again next year. “With that extra level of involvement, it’s nice to be part of the family,” said Brian Coleman, the brand’s PR manager. Though Timberland is the festival’s official footwear and outerwear provider, Coleman swears the label keeps celebrity gifting to a minimum, instead snagging some extra love from the average consumer. “We were just at [the OR show] talking to the industry, and [setting up in Park City] is a great way to flip it over and get consumer feedback,” Coleman said of the brand’s open-to-the-public salon, which showcased styles from its Earthkeepers and outdoor line. “We’re not this glitzy Hollywood brand, [and] it would be weird if we showed up that way.” Of course, he admitted, it’s still a kick to see directors and stars show up in Timberland attire. “To walk by and see America Ferrera [above] rocking the Mt. Holly [boot] and the Filmmakers jacket? That was cool,” he said.

Fan Club
Though the streets in Park City were dusted with snow, the mood was decidedly tropical at the Puma FaasLab lounge. Set up to showcase the brand’s new Faas performance running product, which hits stores this March, the retreat served as both a preview of the upcoming ad campaign (which centers around sprinter Usain Bolt and all things Jamaica) as well as a “gifting and giving” suite, where celebrities including Susan Sarandon, Paul Rudd, Melissa Leo and Penn Badgley (at right) got to take home the shoes and write a note to a child in Jamaica. (After the lounge closed last week, Puma paired the letters with boxes of shoes and shipped them to the island through partner Children of Jamaica Outreach.) Puma senior director of marketing Tara McRae described the event as “very relaxed. People are hanging out, writing letters to the kids. They really loved the tie-in to Jamaican culture.”