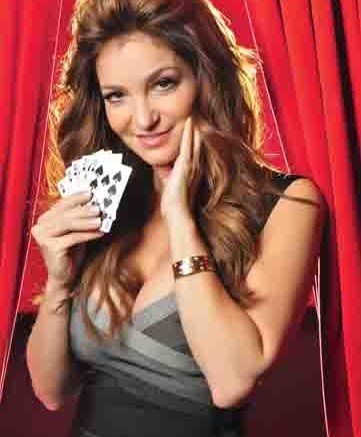 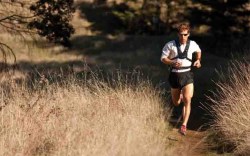 The way to a man’s heart is through black suede shoes. At least that’s the case for Mark Weber, chosen Man of the Year at last week’s American Image Awards, hosted by the American Apparel & Footwear Association. “I have more suede shoes than most men have shoes. They’re my love,” the Donna Karan chairman and CEO admitted to Insider. “In the last six weeks, I’ve purchased close to $15,000 worth of Berluti shoes.” While Weber accepted his award in made-to-order, tasseled brogue oxfords, Ugg Australia’s Connie Rishwain brought a little sparkle in glittery Jimmy Choo peep-toe pumps and a sequined vest when accepting the Footwear Brand of the Year accolade. “It’s exciting because it’s within our industry,” she said of the honor. Even Whoopi Goldberg, who presented an award to pals Ruben and Isabel Toledo, swapped the Ed Hardy sneakers she arrived in for a pair of chunky black-and-white heels by Irregular Choice. “I don’t think they’ll let me wear these in there,” she joked of the tattooed kicks. While fancy footwear reigned supreme, the event was also a bit of a reunion (see “Faces” at right). Rishwain caught up with longtime retail partner David Zaken, while George Malkemus — on hand to present Neiman Marcus with the Retailer of the Year Award — mingled with friends from the luxury department store, despite having to catch a flight to Milan the next day. “If your brother asked you to be at his wedding, you’d be there,” he said.

Poker Face
Beth Shak has a full house of shoes. The professional poker player (below) told Insider she has so many pairs of Christian Louboutin heels it’s hard to keep track of the ever-growing collection. “I’ve never counted the exact number, but there are so many,” she admitted. So it’s hardly a surprise the shoe fanatic doesn’t pack light. When she travels to Las Vegas for the World Series of Poker in June, footwear will dominate her suitcase, but not all her stilettos will get play time. “If I’m in a three-day event and I’ve made it through day one, I’ll wear the same [lucky] pair on day two.” But even if Shak doesn’t find herself with a winning hand, there’s always retail therapy. “I buy with my winnings, but even if I lose I end up buying shoes,” she said.

Dean Days
Think the worst part of running from California to New York would be blisters? Nope, it’s the administrative strains, said ultrarunner Dean Karnazes, who has been logging 40-plus miles every day since Feb. 25, while also making regular media stops and hosting 5K fundraiser runs along the way. “All the ancillary activities can be distracting,” said Karnazes, whose “Run Across America” to raise awareness about childhood health is being documented by “Live with Regis & Kelly.” As he gets closer to the May 10 finish in the “Regis & Kelly” studios, Karnazes — who is running in The North Face’s Sentinal Boa style — is just hoping to make it through the elements. “We’ve encountered rain, snow, sleet, heat, humidity, hills and some really bad karaoke singing by the crew,” Karnazes said. “It’s wearing on me.” — With contributions from Jennifer Ernst Beaudry, Lauren DiLello and Michelle Tay