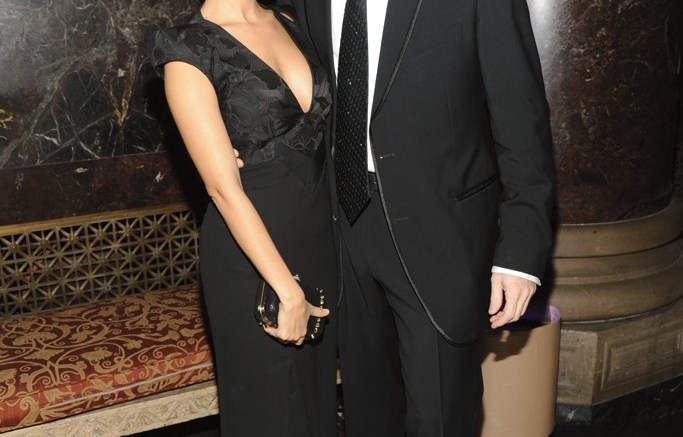 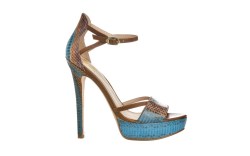 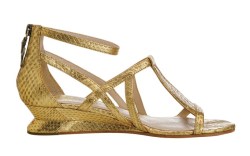 NEW YORK — Heading into 2012, Modern Vintage is gearing up to expand its celebrity lines, venture into retail and bolster the company’s private-label business.

“We have some of the best assets out there,” said CEO Rick Cytrynbaum. “We have a speed-to-market model and good partnerships, and we’re really going after everything in the footwear world in a big way.”

The 8-year-old, Montreal-based company, which grew from a $75 million firm in 2010 to $80 million year-to-date, has aggressive growth plans for both its Nicole Richie and Heidi Klum collections.

This summer, the firm bowed two footwear lines with Klum — the fashion-driven HK by Heidi Klum and the Heidi Klum for New Balance sneaker collection — both sold exclusively with Amazon.com and Endless.com. For spring, Modern Vintage plans to introduce Heidi Klum eyewear with the e-tailers, followed by handbags next fall.

Amazon said the Klum collections have been strong sellers, and it lauded Modern Vintage’s product and manufacturing expertise, as well as its experience with celebrity partnerships.

“We’ve had a great, long-standing relationship with Modern Vintage, and we knew they would be a great partner for this type of collaboration,” said Shelley Salomon, president of Endless.com and Amazon shoes. “We love the product and have seen great response in the market.”

Modern Vintage also plans to broaden its Nicole Richie business under the House of Harlow 1960 label, which has grown to include 50 styles of footwear ranging in price from $178 to $495. “Our business is growing exponentially with some really great partners,” Cytrynbaum said, adding that eyewear and handbags are also experiencing strong success. “It all comes from [Nicole’s] vision.”

Outside of its celebrity lines, the firm also is creating buzz through a new footwear collaboration with Cameron Silver, owner of the well-known Decades boutique in Los Angeles, which specializes in vintage-wear.

Silver is taking inspiration from four decades — the 1950s through the 1980s — for his four-style Modern Vintage “Decades” collection, which will be available on a limited basis for its first season. Going forward, Cytrynbaum said he hopes to have a larger, longer-term partnership with Silver. “Cameron is the ultimate authority on vintage,” he said. “He is a curator with an impeccable eye.”

In addition, the company has been busy tapping into new opportunities for its Modern Vintage brand. It has a burgeoning presence with online accounts, ranging from smal1 independents to large sites such as Zappos.com, which added the label in September.

“Modern Vintage [fits well with Zappos’ offerings because it] does a great job of keeping an eye on modern trends while maintaining a timeless feel,” said Alana Polcyn, a buyer at Zappos.

California-based e-tailer Revolveclothing.com said Modern Vintage has been an integral part of its footwear mix for the past several years.

“The brand works well for the Revolve [customer] because it offers on-trend styles that are perfect for everyday wear,” said buyer Natalie Matozzi.

The label will get another boost when Modern Vintage’s first branded stores bow in New York, Los Angeles and Chicago starting in 2012, Cytrynbaum said.

The CEO noted the company has an advantage in retail, given that Cytrynbaum and his brother and business partner, Brian Cytrynbaum, already have a firm grip on the industry: They operate several other retail ventures, including the five-door Earnest Sewn chain. “We are able to have a 360-degree view [of the fashion retail world] and still be small enough to make moves at a quick rate,” Rick Cytrynbaum said.

Behind the scenes, the CEO said, Modern Vintage has “invested tens of millions of dollars to [improve] our structure and our processes,” including adding a state-of-the-art fiber-optics system to facilitate more efficient communications between corporate offices and factories.

The company also has more than doubled its staff overseas in the past two years. “We brought a lot of our last-making and pattern-making in-house to better position us with our factory partners and move at a quicker pace,” Cytrynbaum said. “When we go to a factory now, all the patterns, fit and specs are done. [The factory] is not starting from scratch.”

While he did not reveal details, Cytrynbaum added that Modern Vintage is undergoing a major expansion of its private-label division, which already accounts for almost half the business.

The private-label segment also has helped the company expand its reach internationally, with its business spanning from Asia to South America.

“We have really diversified, and we don’t have all our eggs in one basket,” said Cytrynbaum. “We’d rather have a sprinkling in each country than overpenetrate one area.”