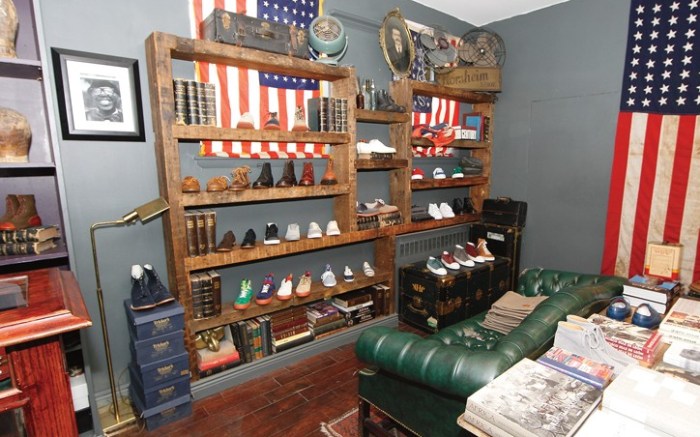 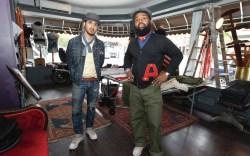 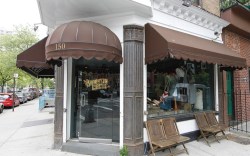 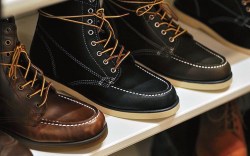 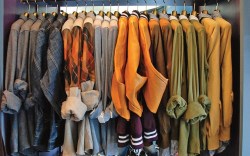 The Brooklyn Circus could be widening its tent.

The two-store men’s apparel and footwear boutique is considering a plan to spin off its in-store BKc Shoe Library into a standalone concept shop.

Indeed, footwear has been a growing business at the Circus. Prior to the installation of the Library last year, shoes made up about 10 percent to 15 percent of sales. Today, footwear represents about 30 percent of sales, and that figure is growing.

“There is a gap in the market where we see a lot of potential,” said Gabe Garcia, co-owner and art director. “We wanted to open a kind of gentlemen’s shop that’s currently not out there.”

The first location opened in 2006 in Brooklyn, N.Y., when Garcia and fellow Fashion Institute of Technology grad Ouigi Theodore joined forces to fill a void in the marketplace between a purely sneaker lifestyle and a more refined look, mirroring their own personal styles and fashion preferences.

“We created Brooklyn Circus out of what we felt was missing in the market,” Garcia said. “We almost treated it as our closet, and whatever we brought out onto the sales floor was something that we would personally like and wear ourselves. That went from the jeans that we carried on down to the sneakers and shoes.”

The end result is a product offering of shoes, T-shirts, denim, accessories and outerwear for men that appeals to a wide range of consumers, Garcia said.

“Their store is extremely unique in the sense that they carry a style offering that is tailored to their [specific] consumers and not [simply stocking products that conform to] current trends,” said Thorocraft CEO Scott Nghiem. “[It’s] a great store to shop at and an even greater store to get inspired by.”

Designer Mark McNairy agreed that Brooklyn Circus has carved out a niche for itself. “There are only a handful of stores in the world that are doing things that are truly unique and Brooklyn Circus is one of them,” he said. “The mission of Ouigi and the Brooklyn Circus team transcends seasonal trends and drills down right into the heart of cool.”

And while the store remains primarily a men’s shop, Garcia said he has begun offering women’s T-shirts and, with the spring season, four shoe styles from Keds. “We have quite a few girls who come in with their boyfriends,” he said. “Even if it’s just a small collection, we want to entertain it.”

The store’s clientele ranges from teens to those nearing retirement age, but the commonality is a youthful spirit with an appreciation for style, he said.

“Our target [customer] is a young, spirited individual, but with a maturity about them,” Garcia said. “If we have a high school student who is interested in what we do, it’s probably a high school student who has a little more maturity in his taste level. If we have an older guy who is in his 50s or 60s, he’s probably a guy with a young heart. On a Saturday, if you took a time lapse of our stores, we get such a range of customers: high schoolers, middle schoolers, older guys and young ladies pushing strollers buying for their husbands.”

To help build name recognition for the store, shortly after opening, Garcia and Theodore started selling branded graphic T-shirts, which quickly grew into a private-label business. “By 2008, we noticed that our brand started to dominate the sales floor, with about 60 percent being our in-house brand,” Garcia said.

That same year, he returned to his home in California’s Bay Area to open a second location. Despite the recession, the partners forged ahead with a retail concept on Fillmore Street in San Francisco. “I guess it was my ignorance and desire to push forward and not think about anything that could get in the way that made it happen,” he said.

Garcia declined to give sales figures, though he said the store quickly garnered a loyal following and continues to grow at a rapid pace.

And while the San Francisco store initially stocked a slightly different product assortment, Garcia noted that each season the mix more closely aligns with the Brooklyn location. “As we grow, we’re making [the stores] more and more the same,” he said. “We want to brand the store, brand the experience and brand the product offering. We want people to know when they are in a Brooklyn Circus store.”

As a result, both shops feature a design aesthetic that incorporates elements of the past, present and future, such as vintage velvet couches and chandeliers, antiques and old books.

“We appreciate the way things are made and the way things were developed back in the day,” Garcia said. “A lot more time went into it, and there was a lot more craftsmanship. It’s inspiring to us, and we want to make sure that shows in our retail stores.”

The same is true for the BKc Shoe Library, a special area dedicated to showcasing footwear and introducing consumers to new styles, brands and looks.

“In everything we do, we try to make sure we’re educating and guiding our audience in a positive direction,” Garcia said. “The Library concept came from that. We’re in love with antiques and history and old books, and you’ll see that throughout the aesthetic of the stores.”

With both doors performing well, Garcia recently moved back to New York to oversee production of the retailer’s private-label apparel, as well as to work on new projects such as a dedicated shoe store.

Garcia said the concept is still being fine-tuned, but he would like to include a shoeshine station and a shoe repair area. “We’re carrying shoes now that are creeping up in price to $300, $400 and $500,” he said. “We want to make sure our clients know we’re not just here to sell them shoes but also to help them maintain them.”

While he’s still studying markets and scouting potential locations, Garcia said an opening could happen within the next 12 months, and the space would most likely be near either the Brooklyn or San Francisco store.

And more Circus locations are on the way.

“Growing the store [base] is very important to our plan,” Garcia said. “We would like to open at least two new locations in the next two years.”

While there are no firm plans for a private-label footwear offering, Garcia said the retailer is working with Tricker’s on an upcoming collaboration, which could be a springboard into a more active role in footwear development.

“We’re entertaining these collaborative projects to start testing the market,” he said. “It’s absolutely something we’d be interested in.”