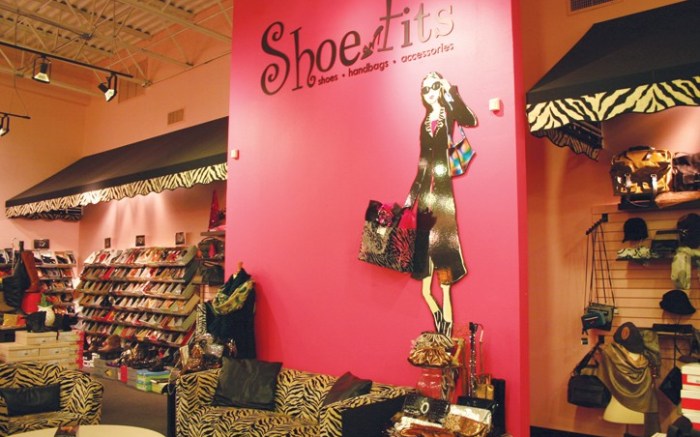 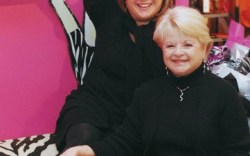 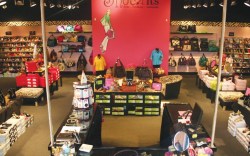 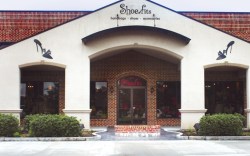 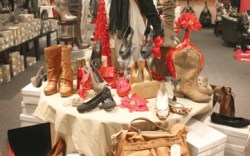 As recent events have proven, Shoefits prevails in the face of adversity.

The two-store independent retailer, which has locations in Houma and Lafayette, La., and a flourishing online business, has faced hurricanes, the recession and the Gulf oil spill since opening in 2004. Still, the business finished 2010 with $1.8 million in sales — up 8 percent over 2009 — and plans are under way to franchise the concept elsewhere in the South and even beyond.

“When we opened, I expected to be successful, but I never dreamed it would be this successful,” said co-owner Jodi Webb, who runs the store with her mother, Shanna Trosclair. “I’m not saying we haven’t gone through rough times. … We took our licks, but we always stayed in front of the customer.”

Webb comes from a retail background that started when she was 15 years old. She graduated from Nicholls State University in 1982 with a degree in fashion merchandising, and over the next 16 years held various management positions at Maison Blanche, Limited Corp. and independent boutiques. She’s also worked in outside sales, marketing and advertising.

Trosclair, meanwhile, provided the financial experience, having served as CFO of an international oil field company before retiring 10 years ago.

The duo’s Houma store opened in 2004, followed by the Lafayette location in 2006. In 2008, the e-commerce site launched, and it now accounts for about 20 percent of sales.

Webb said her original concept for the store was to provide a playful, unpretentious boutique where women can shop and have fun. “I wanted the boutique feel, but also to be comfortable, with music playing and people talking and having a good time,” she said.

“The shopping experience [that Shoefits] presented to consumers is unlike any other,” said Deb Tremonti-Hazelton, a sales rep for Donald J Pliner. “It is truly one of the best places to shop for shoes in Louisiana.”

On the main sales floor, products are merchandised by vendors on tables, with stock stored underneath or nearby. “We don’t have to go to the back [of the store],” Webb said. “We’re in face-to-face contact with that person constantly. That’s extremely important. We see what they want, sit them down on the couch and pull three other shoes that are similar. That’s a rule in our stores.”

An area dedicated to higher-priced shoes is located to the right of the entrance. “Anything over $200 goes in that corner,” Webb said. “There is a little sitting area with a couch.” Some items in this area can top $700.

The back of the store features racks of shoes organized by size and sometimes marked down. “When we sell down on a shoe — say we get 12 and two or three days later we only have three pairs left — we run it into the wall by size,” Webb said. “Most of [that area] is things we can’t really merchandise anymore.”

“I remember walking into the Houma location back in 2006 and couldn’t believe how great the store looked, extremely inviting,” said Stuart Matthews, a sales rep for Matisse. “Jodi has a great eye for fashion [and] always seems to pick the key items in the lines and retails the product very well.”

Such a diverse product mix and range in price points helps the store appeal to its target customer: “We shoot for those with more disposable income, which tends to be ladies in their 30s and 40s,” Webb said. “But when she comes in, she brings her daughter, so we have a variety of customers.”

And Webb is always on the hunt for new labels to add to her selection. At trade shows, she makes that search a priority. “At the end of the day,” she said, “I always stop what I’m doing at about a quarter to five and we just shop for new vendors. We’re there on business, and that’s what we do from 8 a.m. to 8 p.m.” Webb also dedicates about five or six hours during her typical work week to research new vendors.

As for store expansion, Shoefits is in talks with potential franchisees in Baton Rouge and New Orleans. But Webb also has received interest from would-be retailers in North Carolina, South Carolina and New York. “I’m game for any kind of growth in any state,” she said. “It just has to be with the right person.”

Much of her time this year will be dedicated to seeking partners with the right combination of passion, retail experience and financing. Webb said 10 franchisees within the next five years is possible.

But while growth has been swift, it hasn’t necessarily been easy to accomplish. Webb said the store was challenged with Hurricane Katrina, followed by Hurricane Gustav and Hurricane Ike, the latter of which forced both stores to close for 14 days.

“Then came the [downturn in] the economy. Then, the [oil] spill,” Webb said. “But we just keep on rolling along.”

The key to the company’s success, Webb said, has been its connection with customers, a dedication to advertising and keeping the store front-of-mind with consumers. “The way we survive is through constant communication with our customers, whether it’s through wine-and-cheese events, e-mail blasts or follow-up thank-you notes,” she said, adding that she also sponsors a “Diva Awards” event for her most active customers, as well as a Christmas open house and a spring gala.

She also advertises on billboards, in newspapers and online, and participates in charities like the United Way and Junior League, and even silent auctions at high schools. In all, Webb said she spends between $5,000 to $8,000 per month on marketing and advertising.

“To [effectively] communicate with people, you’ve got to do it top notch … and it costs money,” Webb said. “A lot of people get into business and think the customer is just going to automatically walk in. They’re not. You have to bring them in.”